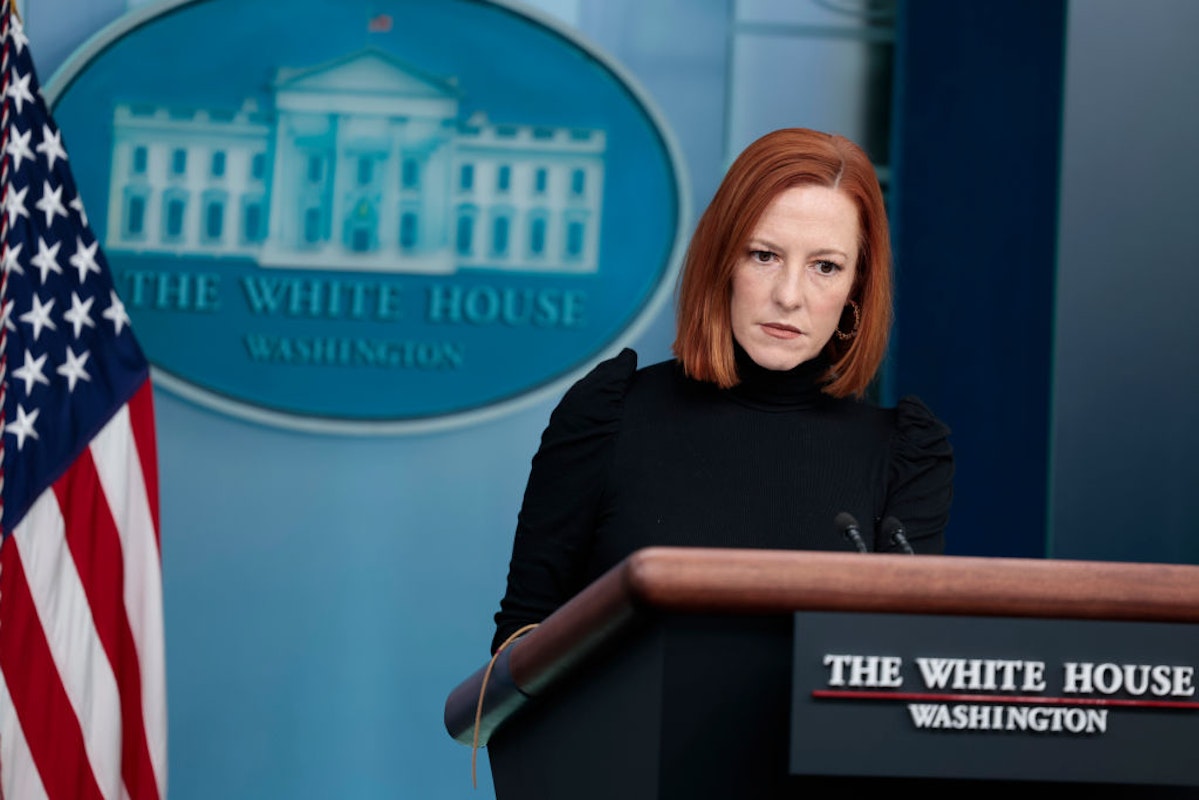 Fox News White House Correspondent Jacqui Heinrich asked Press Secretary Jen Psaki when the public could expect an update on mask policy to the CDC — citing a number of states that have already set dates to remove mask mandates — but Psaki quickly pushed back.

REPORTER: “When are we going to hear from the CDC about updating the guidance on masks?”

PSAKI: “You’ll have to ask the CDC.” pic.twitter.com/xtlgJfXuc8

“You’ll have to ask the CDC. The CDC moves at the pace of data and science,” Psaki replied. She then pivoted to state that President Joe Biden’s administration had always had as its primary goal to keep in place whatever guidance allowed schools to remain open.

“We want kids to be in school. Ninety-eight percent of schools are open. That’s a very —” Psaki continued.

“Do —” Heinrich cut in, but Psaki pushed back.

“Let me finish. That’s a very good sign,” she said.

“Do you believe —” Heinrich tried again, but Psaki kept going.

“We know what works. The CDC is always going to be reviewing their guidance, including mask guidance. But in terms of when they will provide additional new guidance, that is up to them,” she said again.

“Do you believe then that the Democratic- led states who are breaking with the CDC on this guidance, that they’re not — that they’re throwing science away and that the CDC is — has access to different science somehow?” Heinrich pressed, referencing a number of states including Connecticut, Delaware, New Jersey, Oregon, and even California that had announced a plan to roll back or remove entirely the mask mandates.

“We don’t look at it through that prism. These states, I think it’s important to note, they still allow for decisions to be made by local school districts,” Psaki said, going on to argue that the real concern is that there would be places where parents or children choose to wear masks in schools but elected leaders would prevent them from doing so. She then claimed that was already the case in some states.

Despite the White House’s position – to keep mask mandates in place as long as the CDC recommends that — Congressman Hakeem Jeffries (D-NY) claimed Tuesday that it was “Biden’s leadership” that had succeeded in “crushing the virus” to the point that some states felt ready to abandon mandates.

Other medical professionals — including CNN medical expert and former Planned Parenthood head Leana Wen — have suggested that it might be time to roll back the mandates. Wen argued that it was still a good idea to mask, but that people were becoming desensitized to the idea of a constant state of emergency — and would likely ignore new mandates in the future if the government did not relax some of the restrictions.

Early Wednesday morning, the White House reportedly scheduled a press briefing from the COVID-19 Response Team for later in the day.