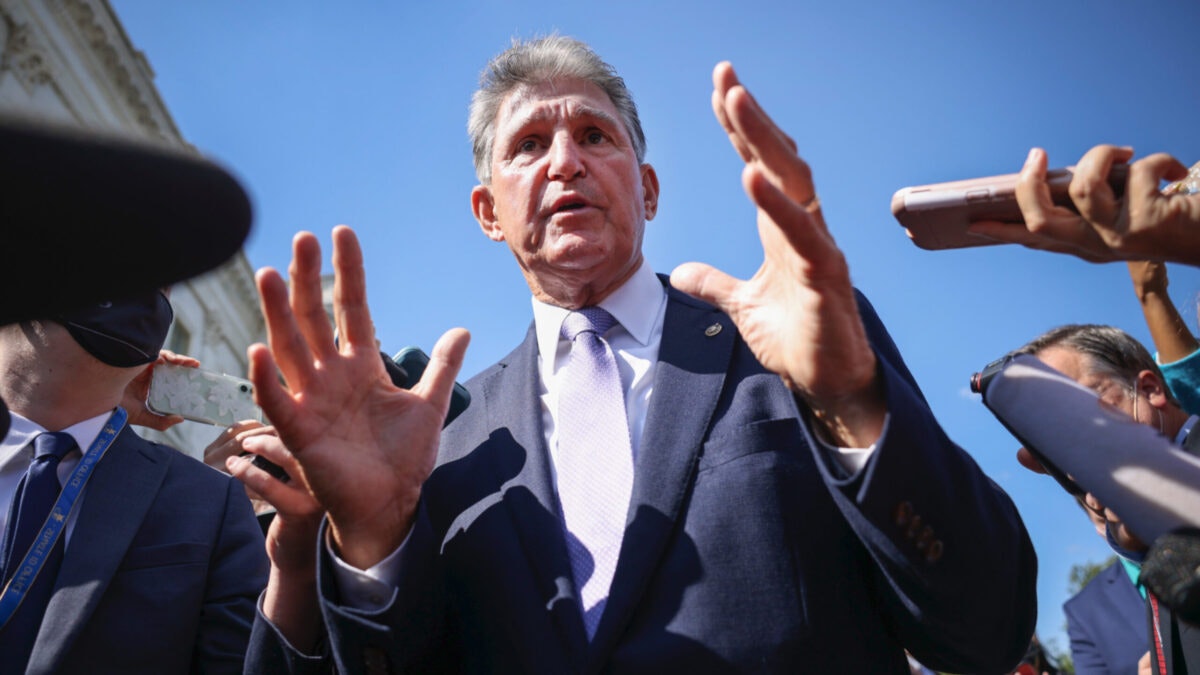 Moderate Democratic West Virginia Senator Joe Manchin sounded the alarm on record inflation, and warned Congress and the Biden administration against pushing any more federal spending in an attempt to alleviate the problem.

“For months, I have been ringing the alarm bell about inflation,” Manchin said in a statement Thursday. “Once again, we are witnessing that the threat of inflation is real. There is not a corner of this nation where hard-working families are able to escape the noticeable impact of this ‘inflation tax.’ Inflation taxes are draining the hard-earned wages of every American, and it’s causing real and severe economic pain that can no longer be ignored.”

“It’s beyond time for the Federal Reserve to tackle this issue head on, and Congress and the Administration must proceed with caution before adding more fuel to an economy already on fire,” Manchin continued. “As inflation and our $30 trillion in national debt continue a historic climb, only in Washington, DC do people seem to think that spending trillions more of taxpayers’ money will cure our problems, let alone inflation.”

“We must get serious about the finances of our country. It’s time we start acting like stewards of our economy and the money the American people entrust their government with. Now, more than ever, we must remember it is not our money, it’s the American people’s money. It is not our economy, it’s their economy. We all have a responsibly to do all that is possible to roll back inflation and manage our debts because the longer we or the Federal Reserve waits to act, the more economic pain will be caused,” Manchin concluded.

The senator’s comments follow the Bureau of Labor Statistics’ release of the Consumer Price Index Thursday. The CPI found that inflation across the economy rose 7.5% year-over-year between January 2021 and January 2022. That number was the largest annual inflation hike since February 1982. Food prices saw a 7% annual increase, with meat, poultry, fish, and eggs leading the way with a 12.2% increase between January 2021 and 2022. Energy commodities skyrocketed on an annual basis, seeing a 39.9% increase. Fuel oil rose 46.5% year-over-year, and gasoline rose 40%. Excluding food and energy, consumer costs still jumped 6% year-over-year, breaking another 40-year record high.
Manchin has been sounding the alarm on inflation numbers and rising costs for months. In a tweet posted to his official account in November, Manchin warned fellow Democrats that the “inflation tax is real” and that the federal government could no longer ignore the issue. “By all accounts, the threat posed by record inflation to the American people is not ‘transitory’ and is instead getting worse,” Manchin wrote. “From the grocery store to the gas pump, Americans know the inflation tax is real and DC can no longer ignore the economic pain Americans feel every day.”
Concerns about inflation and the national debt also animated much of Manchin’s opposition to the Biden administration’s now-defunct “Build Back Better” bill. “Inflation is real, it’s not transitory. It’s alarming. It’s going up, not down. And I think that should be something we’re concerned about,” Manchin told reporters at a press gaggle in December.

The Daily Wire’s new film SHUT IN is premiering on YouTube February 10th at 9 PM EST. Turn on reminders so you don’t miss it!