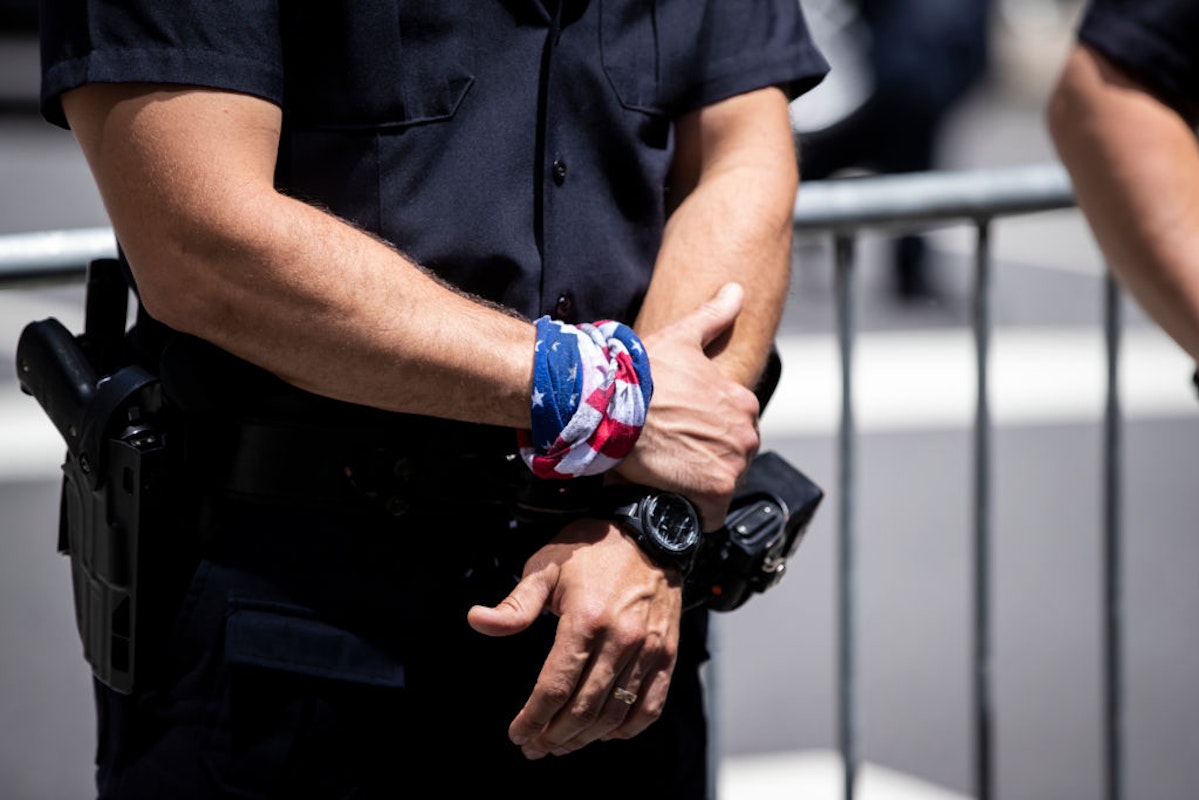 A Massachusetts police union said Friday that dozens of state troopers have resigned over the state’s vaccine mandate for state employees.

The State Police Association of Massachusetts (SPAM) filed a lawsuit to delay Republican Governor Charlie Baker’s vaccine mandate earlier this month, arguing that the October 17 deadline would cause “irreparable harm” to officers. The union asked for more time to “negotiate the terms and conditions of their employment.”

However, a judge in the Massachusetts Superior Court turned down the union’s request on Thursday.

“Specifically, the public interest is, unquestionably, best served by stopping the spread of the virus, in order to protect people from becoming ill, ensure adequate supply of medical services, and curtail the emergence of new, deadlier variants of the virus,” Judge Jackie Cowin said in her decision.

The union’s president, Michael Cherven, responded to the decision on Friday with a statement saying it was “unfortunate that the Governor and his team have chosen to mandate one of the most stringent vaccine mandates in the country with no reasonable alternatives.”

“To date, dozens of troopers have already submitted their resignation paperwork, some of whom plan to return to other departments offering reasonable alternatives such as mask wearing and regular testing,” Cherven said.

The union represents more than 1,800 troopers in the state.

“The State Police are already critically short staffed and acknowledged this by the unprecedented moves which took troopers from specialty units that investigate homicides, terrorism, computer crimes, arsons, gangs, narcotics, and human trafficking, and returned them to uniformed patrol,” the union president’s statement added.

“Throughout COVID, we have been on the front lines protecting the citizens of Massachusetts and beyond,” Cherven said. “Simply put, all we are asking for are the same basic accommodations that countless other departments have provided to their first responders, and to treat a COVID related illness as a line of duty injury.”

Last month, the governor announced that about 42,000 state employees and government contractors must receive a COVID vaccine by October 17. If state workers do not get vaccinated and are not granted an exemption, they could face disciplinary action or be fired.

Massachusetts is not the first locality to mandate vaccines for government workers. In August, New York City Mayor Bill de Blasio announced that all Education Department employees must get vaccinated beginning at the end of September.

Similarly, earlier this month, President Biden announced that all federal workers must receive a coronavirus vaccine or face disciplinary action. The president also said that companies with 100 or more employees must require all workers to get vaccinated or mandate that they get tested once a week.

“We’ve been patient, but our patience is wearing thin, and your refusal has cost all of us,” Biden said.