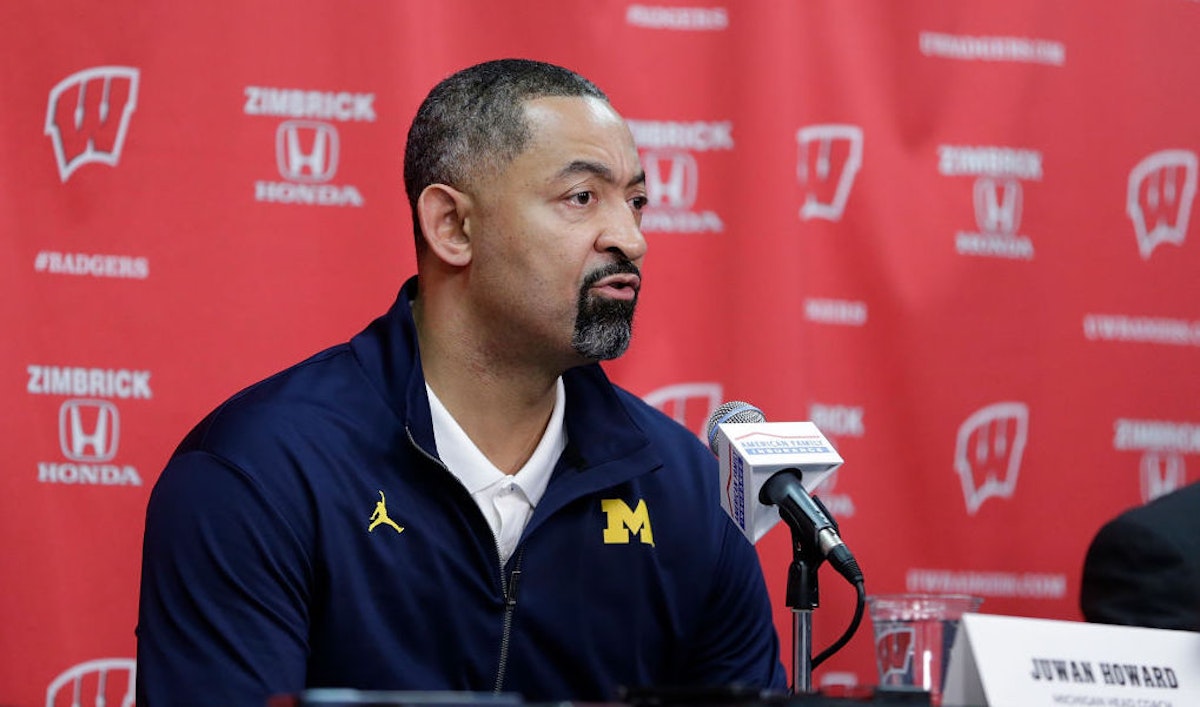 Things got more than a little chippy Sunday afternoon in Madison, Wisconsin.

A fight broke out between Michigan and Wisconsin during the postgame handshake line. pic.twitter.com/AiWIwyzj8w

Howard was upset that Wisconsin head coach Greg Gard took a timeout with 0:15 seconds left in the second half and the Badgers up 76-61. The timeout clearly irked Howard, who attempted to walk by Gard in the handshake line. Gard appeared to grab Howard as walked by, kicking off the fireworks.

“Basically, I addressed it with the head coach that I will remember that, because of that timeout,” Howard said postgame. “And for someone to touch me, I think that was very uncalled for, for him to touch me, as we were verbalizing and communicating with one another. So, that’s what ended up happening. That’s what escalated it.”

“I thought it was time to protect myself.”

The Big 10 conference put out a statement following the game, saying they would take “swift and appropriate disciplinary action.”

“The Big Ten Conference is aware of a physical altercation involving Michigan Head Coach Juwan Howard at the conclusion of the Michigan Wolverines and Wisconsin Badgers men’s basketball game,” the Big 10 said. “The conference is in contact with both member institutions and is currently assessing the incident. The conference will provide more information and will take swift and appropriate disciplinary action when it completes its review.”

Gard told CBS that he called the timeout so that his team would not incur a halfcourt violation.

“Apparently he didn’t like that I called the timeout to reset the 10-second call,” Gard told CBS. “Because we only had four seconds to get the ball over half court,” Gard told CBS. “I didn’t want to put my backups — I had all my bench guys in the game — I didn’t want to put them in that position of scrambling with only four seconds. So, I took a timeout and got us a new 10 seconds and it helped them get organized and get the ball in. And he did not like that when he came through the handshake line. I’ll leave it at that and the tape will show the rest.”

“I am aware of and watched the end of our men’s basketball game,” Michigan athletic director Warde Manuel said in a statement. “There is no excuse for any of our staff or student-athletes to get into a physical altercation with others regardless of instigating factors. I reached out and apologized to Chris McIntosh and President Coleman has reached out to UW Chancellor Blank to apologize for the totally unacceptable behavior. We will review the situation more thoroughly and work with the Big Ten Conference as they determine their disciplinary actions and will determine if further disciplinary actions are warranted.”