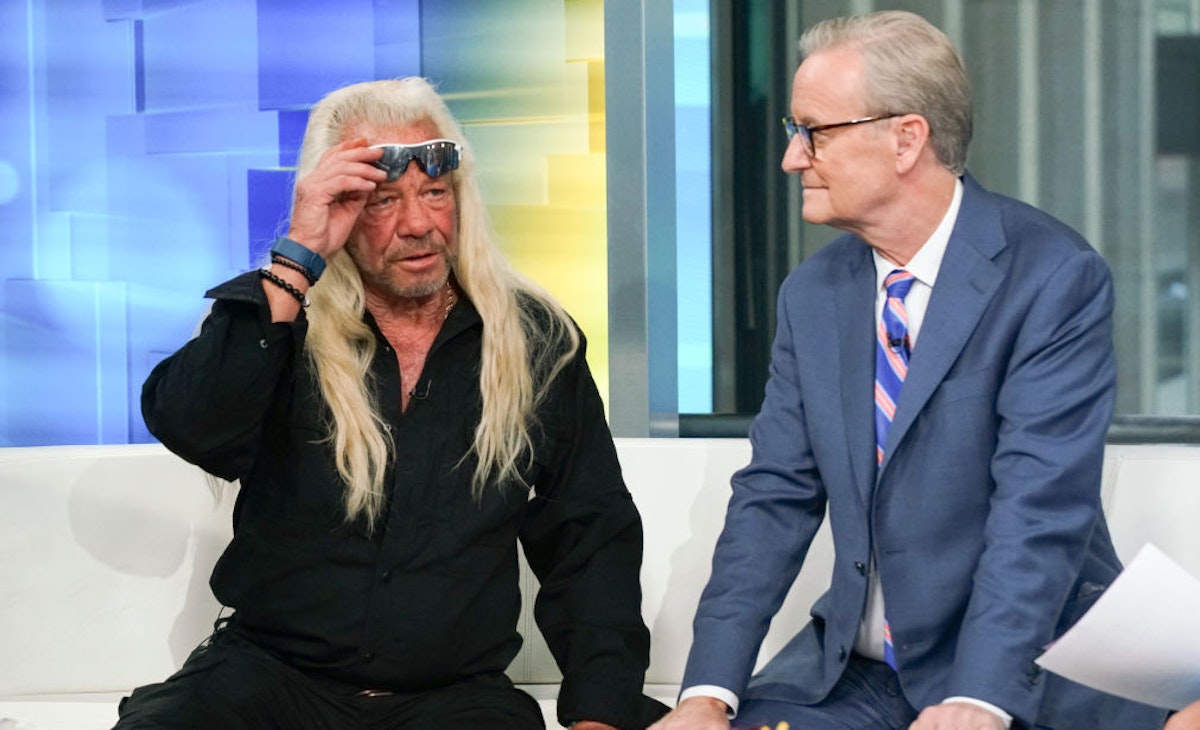 Duane “Dog” Chapman, better known as “Dog the Bounty Hunter,” is pursuing his own search for fugitive Brian Laundrie — and he just snagged a “fresh bite.”

Chapman has reportedly come across as a “fresh campsite” as he continues to track Laundrie, finding a can of Monster Energy Ultra Gold in a Florida park.

FRESH BITE
SEE IT: What Dog the Bounty Hunter just found in hunt for Brian Laundrie as K-9 team island-hops in pursuithttps://t.co/keVNUzVqSK pic.twitter.com/Gm4zbqkOXB

Chapman discovered a campsite and fresh Monster can deep in the woods while searching Shell Island off the coast of Florida for Brian Laundrie Wednesday.

The Monster can showed no rust or faded colors, according to a Fox News Digital reporter on the scene with Chapman.

But Chapman and his team found no conclusive evidence that Laundrie was still on Egmont Key.

As highlighted by The Daily Wire, reports surfacing this week also suggest Laundrie, suspected of being linked to the homicide of his 22-year-old girlfriend Gabby Petitio, was spotted buying a cell phone the same day he was allegedly last seen by his family.

Sources told TMZ that Laundrie was spotted entering the store on September 14, and was accompanied by an older woman.

Laundrie family lawyer Steven Bertolino told TMZ that a new phone was bought at the store, Desert News noted. “But, he said, the phone is reportedly the same one that the FBI already has in its possession.”

Laundrie went missing earlier this month as the search for Petito intensified. The 23-year-old was named a “person of interest” in the case and his family home was raided by the FBI and reportedly declared a “crime scene.” An arrest warrant was issued for Laundrie on September 23.

Chapman received a tip this week about the Laundrie family checking into a park about 75 miles north of the family’s home following the disappearance of Gabby, who was later found dead. Fox obtained documents showing Roberta Laundrie, Brian’s mother, did indeed check into the Florida park.

Duane “Dog” Chapman, also known as Dog the Bounty Hunter, announced Saturday he was entering the search for Laundrie, and tips quickly poured in. He told Fox News he learned Monday that Laundrie’s parents spent the night in Fort De Soto Park with their son twice in early September from Sept. 1 to 3 and Sept. 6 to 8.

The documents confirm Chapman’s suspicion that the Laundries went camping at the Fort De Soto Park outside St. Petersburg between his return from out West on Sept. 1 and the day Petito’s mother reported her missing, Sept. 11. They show the family checked in on Sept. 6 and out on Sept. 8 – but there’s no record on the document of them the week prior. … The documents show the checkout was actually recorded on Sept. 8 – three days before Petito officially became a missing person.

Bertolino initially said the claims from Chapman are false. “I will no longer give that dog credibility or dignify his false claims with the time of my reply,” said Bertolino. However, Fox noted that the attorney later told local media that “the family camped out on Sept. 6 and 7 and that ‘they all left the park.’”