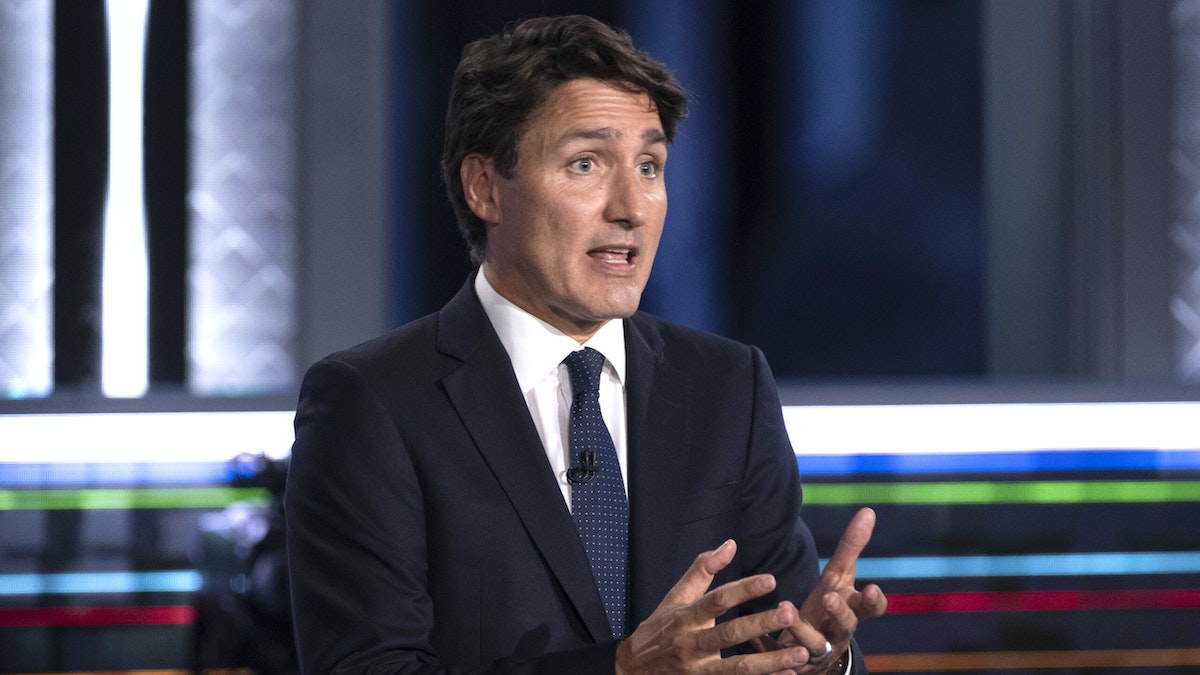 A new image emerged this week that appears to show Canadian Prime Minister Justin Trudeau wearing blackface which comes as voters went to the polls on Monday to cast their votes in a snap election.

“The unverified photograph shows a younger Mr. Trudeau wearing a white turban and robe with his face, neck and hands coated in dark brown or black makeup,” The Telegraph reported. “It was released on Twitter by Canada Proud, an anti-Trudeau campaign group, as Canadians cast their votes in an election that has proved an uphill battle for the 49-year-old prime minister.”

A new photo of Trudeau in blackface has leaked.

The image is just the latest incident of Trudeau appearing to be caught wearing blackface.

When Trudeau was forced to apologize in 2019 after similar alleged racist images surfaced, he stopped shy of disclosing how many times that he wore blackface.

“Obviously, this is deeply regrettable,” Trudeau said. “I’m wary of being definitive about this because the recent pictures that came out I had not remembered. And I think the question is, how could you not remember that?”

Trudeau announced a snap election last month, years ahead of schedule, in an attempt to quickly seize more power at a time that he thought he had an advantage.

He characterized the call not as a political gambit, however, but as pivotal moment in the country’s history. In the 36 days that followed, he does not appear to have persuaded many Canadians to see it that way. Instead, there was continued grumbling about holding an election even as the Delta variant of the coronavirus was straining hospitals in some areas. Mr. Trudeau’s opponents characterized his move as a reckless power grab. Last weekend, Erin O’Toole, the leader of the Conservative Party and his chief rival, even called it “un-Canadian.” If the campaign ultimately holds any distinction, it may be as the most annoying one in recent memory.

Mr. Trudeau argued that, like his predecessors in the aftermath of World War II, he needed a strong mandate from voters to vanquish the pandemic and reset the nation’s economy on a path to recovery. While he avoided saying so directly, what the Liberals sought was a majority of the seats in the House of Commons. In the 2019 election, voters denied that to the party, which has meant Mr. Trudeau had to rely on votes from opposition parties to pass legislation. If final polls prove accurate, Mr. Trudeau will again be denied. The Liberals standings dropped sharply at the start of the campaign, and have remained stuck in a statistical tie with the Conservatives, at about 30 percent each.