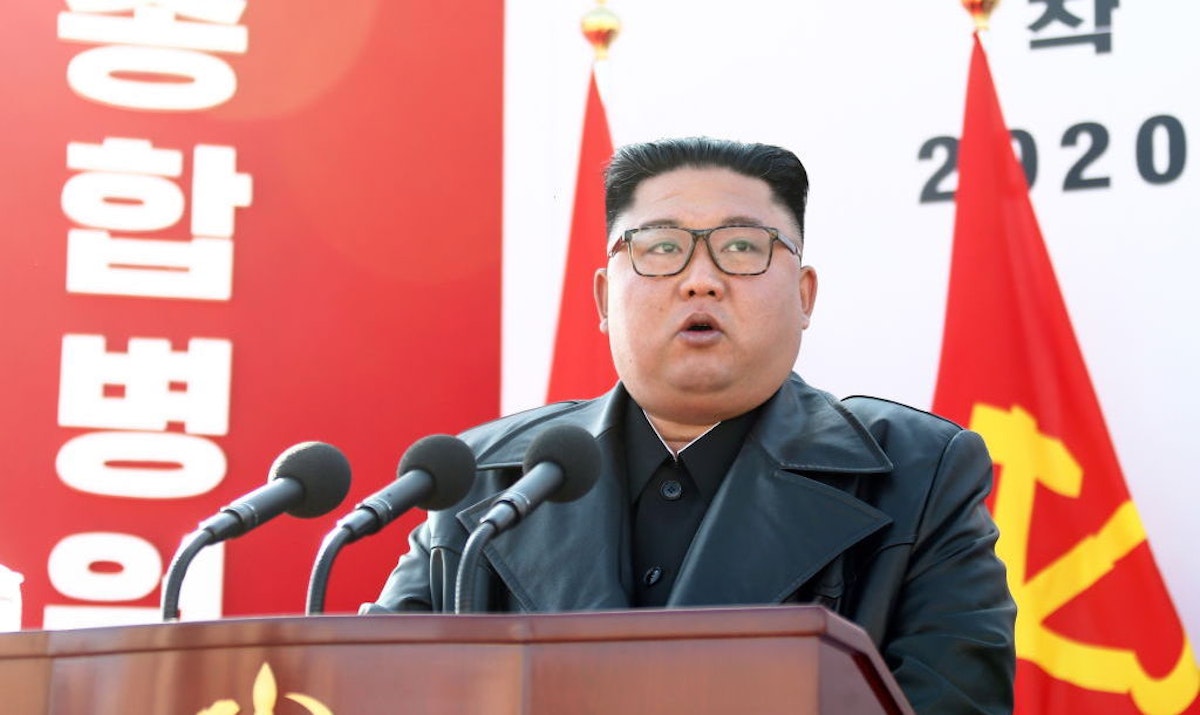 North Korea conducted its ninth weapons test of the year on Saturday, launching an unidentified projectile into the Sea of Japan.

The Japanese prime minister’s office said that the projectile was a “suspected ballistic missile.” North Korea has yet to comment on the launch, and typically stays silent on weapons tests until the next day.

The South Korean military said that the projectile was launched from the Sunan area of Pyongyang at just before 9 a.m. The projectile sailed into the waters of the Sea of Japan. The projectile landed outside of Japan’s exclusive economic zone, which extends out from Japan 200 nautical miles, according to the Times.

North Korea’s last weapons test was the launch of a reconnaissance satellite into space. Experts suspect that the launch was a veiled attempt at testing out long-range missile technology, which closely resembles the tech used in such satellite launches, according to Bloomberg.

North Korea’s latest weapons test comes amid a two year pause in diplomatic negotiations with the United States over the nuclear disarmament of the Korean peninsula. Talks between Pyongyang and Washington stalled in 2019 over disagreements between the two sides over the release of heavy economic sanctions the U.S. has leveraged against North Korea, according to the Associated Press.

Saturday’s suspected ballistic missile test and others are in violation of United Nations Security Council resolutions and have elicited condemnations from a number of U.N. countries. North Korea’s government, led by dictator Kim Jong-un, has continued to shun diplomatic outreach, though, even pushing away offers for COVID-19 vaccines from international aid groups, according to The Wall Street Journal.

The Biden administration has offered to restart diplomatic discussions with Pyongyang without prior conditions. The North Korean government has refused further negotiations for two years, and its latest rounds of weapons testing also threaten to add further complications as President Joe Biden struggles to handle the war between Russia and Ukraine and also negotiate a new deal with Iran.

The weapons testing may also have a major impact on South Korea’s government, as well, days before an election. As WSJ reports:

Under left-leaning President Moon Jae -in, Seoul has adopted a pro-engagement policy with Pyongyang. It is a tight race between Lee Jae-myung, a ruling party progressive, who would largely maintain Mr. Moon’s approach, and Yoon Suk-yeol, a conservative who vows to take a more confrontational stance with the Kim regime.

“Pyongyang’s threatening posture actually helps the candidate calling for peace at all costs instead of the one standing up to the tyrannical regime,” said Lee Sung-yoon, a Korea expert at Tufts University’s Fletcher School.

The latest missile test could be framed by Lee Jae-myung, of the Democratic Party, as Pyongyang lashing out against a hard-lined conservative and therefore voters should opt to reup with a president who will give priority to diplomacy, Prof. Lee said.