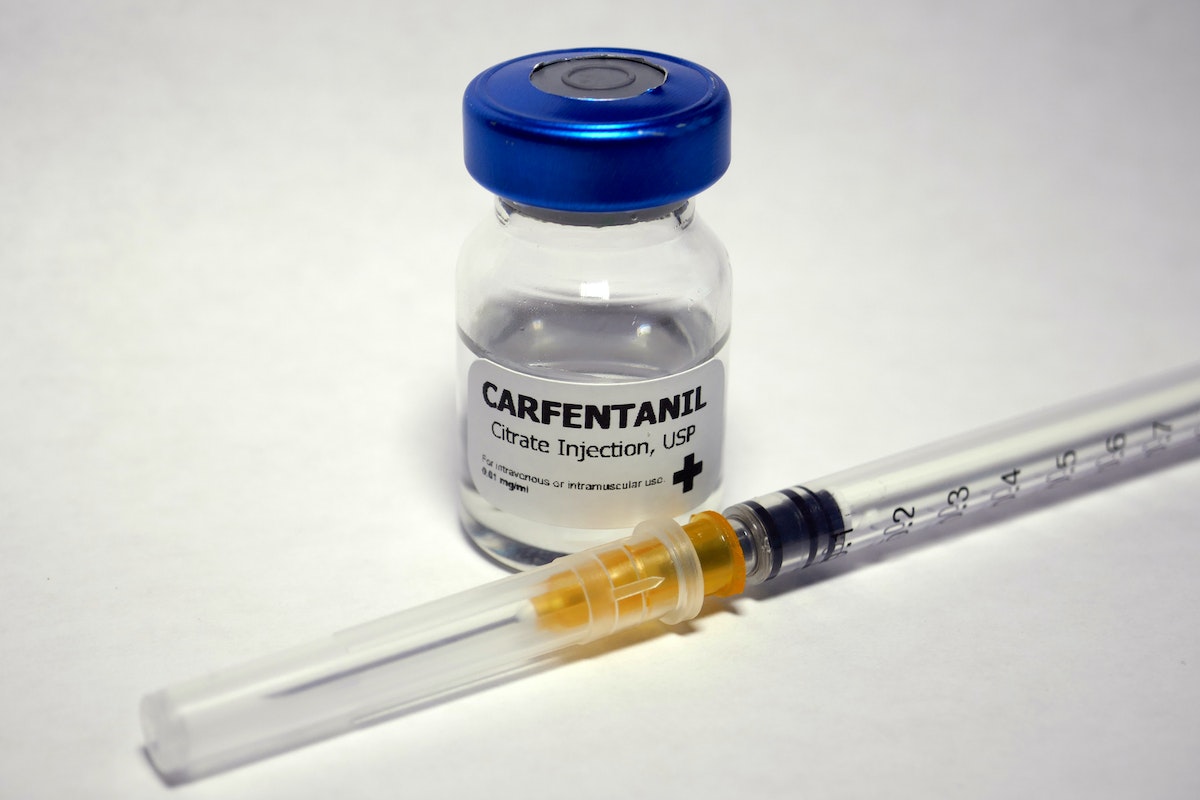 Two people in Perri, California have been charged with drug-related felonies after police seized enough opioids to kill 50 million people in what police believe is the largest seizure of a drug known as carfentanil in Riverside County history.

The District Attorney’s office published a press release last week announcing the bust, saying police seized 21 kilos of what is believed to be carfentanil, an opioid far more potent than fentanyl. The DA’s office explained just how potent each opioid is:

Carfentanil is an analog of the manmade opioid fentanyl. It is highly regulated and not intended or approved for use on humans. And it is more potent and potentially much more deadly than fentanyl.

Carfentanil is 100 times more powerful than fentanyl and 10,000 times more potent than morphine. A lethal dose of carfentanil in humans would be at the nanogram level – much smaller than the two milligrams of fentanyl that can kill.

As the DA explained, mixing the carfentanil seized last week with other drugs had the potential to kill more than 50 million people.

Andres Jesus Morales, 30, and Alyssa Christine Ponce, 27, were arrested and charged with “four felonies for possession for sales of fentanyl, cocaine, and heroin.”

The DA wrote that since the start of 2021, “Riverside police detectives in the department’s Narcotics Unit have been investigating a suspected drug trafficking organization believed to be supplying fentanyl, cocaine, and heroin in Riverside County.”

Search warrants were served on August 17 at a home where detectives would seize 21 kilos of carfentanil, four kilos of cocaine, and one kilo of heroin. No one was home when the warrant was served, but detectives were later able to identify Morales and Ponce as the suspects. On September 14, another search warrant was served for a different home, where another 16 kilos of cocaine were found in the garage. Morales and Ponce were then arrested.

The opioid crisis in American continues even though it hasn’t received the same level of media attention it did several years ago. In May, The Daily Wire reported that Border Patrol had at that time already seized more fentanyl in 2021 than it had in all of 2020.

“Customs and Border Protection seized more fentanyl so far in 2021 than all of 2020,” ABC News reported in May. “As of April, 6,494 pounds of fentanyl were seized by authorities at the border, compared to 4,776 pounds in all of 2020. In fact, fentanyl seizures have been increasing since 2018.”

CBP in a statement said that it had also seen “a slight increase in narcotic seizures at its southern border ports of entry in fiscal year 2021.”

“As cross-border travel shifted to essential-travel only, criminal organizations shifted their operations as well. CBP has seen an increase in seizures amongst U.S. citizens and in the commercial environment as both demographics are exempt from the travel restrictions,” the statement continued.