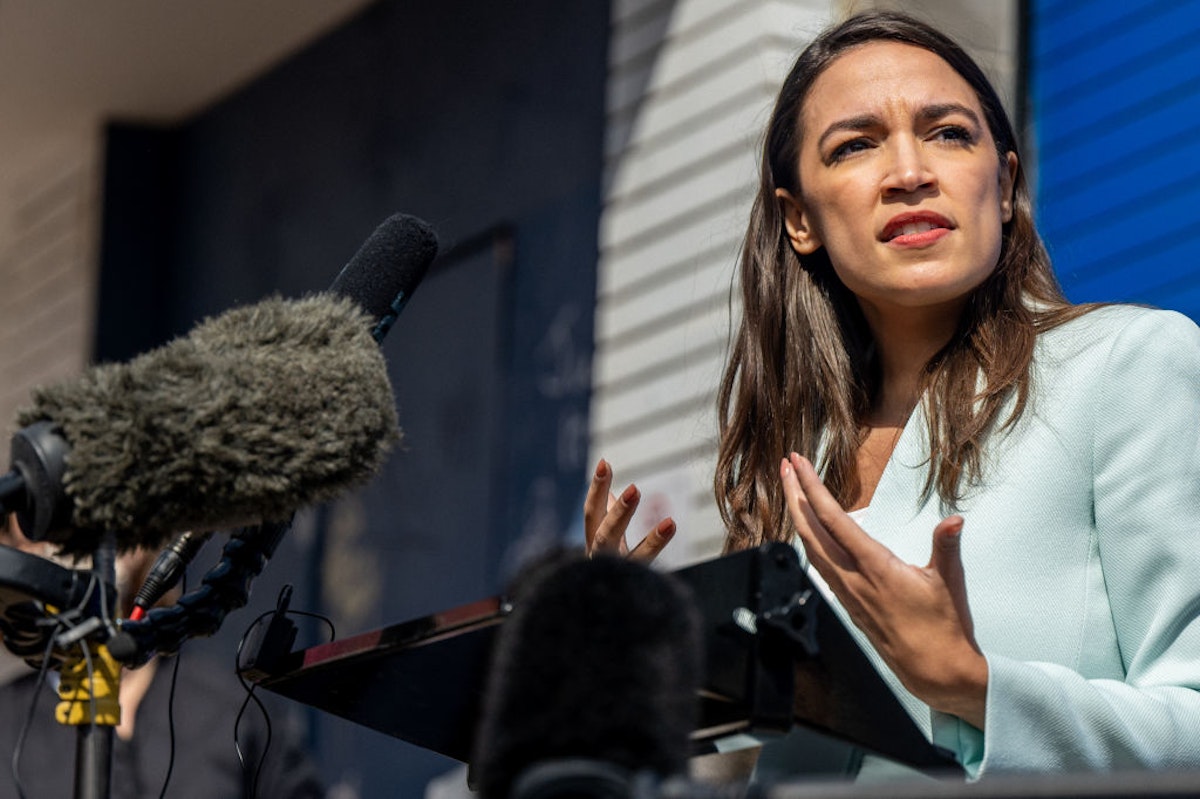 Senator Ted Cruz (R-TX) fired back at Congresswoman Alexandria Ocasio-Cortez (D-NY) after she posted a video appearing to mock his dancing skills — or lack thereof.

In the video, Ocasio-Cortez joined another woman dancing, and captioned the video, “Ted Cruz could never.”

Emily Zanotti of Fox News quickly noted that Ocasio-Cortez might want to be careful about laying down such challenges, tweeting, “I actually sort of think @tedcruz could. And I’d be careful what I wished for here.”

Quite a few people wondered whether Ocasio-Cortez’s apparently unprovoked jab meant that the New York Congresswoman just wanted to score a date with Cruz.

“OMG why are you so obsessed with Ted Cruz, do you want to date him or something????” The Daily Wire’s Cabot Phillips asked.

After all, that was her explanation for the number of Republicans who had criticized her for vacationing in Florida mask-free while her constituents were hit with the tidal wave of Omicron cases that washed over New York in the days after Christmas.

“If Republicans are mad they can’t date me they can just say that instead of projecting their sexual frustrations onto my boyfriend’s feet,” she complained after a number of critics also mocked her boyfriend’s choice of footwear. “Ya creepy weirdos.”

She even took it a step further, sharing a video of her boyfriend’s feet as he walked through a parking garage, and adding, “So we recently went to Florida, where Republicans developed an obsession with Riley’s feet. So … Give the people what they want!”

.@AOC doubles down and claims her Florida scandal was really about Republicans being obsessed with her boyfriend’s feet. pic.twitter.com/ANAQKBAWT4

But Senator Cruz responded to AOC’s dance move diss first by conceding that he probably could not compete with her on the dance floor — but then he pointed out the fact that she was mask free while everyone around her was still masked up and following COVID-19 protocols.

“True that. @aoc Only Dems can be such shameless mask hypocrites. Dance while you make the ‘little people’ mask up. #RulesForTheeButNotForMe,” he tweeted.

Only Dems can be such shameless mask hypocrites.

Dance while you make the “little people” mask up.#RulesForTheeButNotForMe https://t.co/n0hrL8DrTy

Another photo, posted by Cisneros following one of the San Antonio campaign events Ocasio-Cortez attended, appeared to back up Cruz’s assessment of the situation. While neither Cisneros nor Ocasio-Cortez were wearing masks, everyone visible in the audience — and even the camera-man behind the two women on the stage — is masked up for the occasion.

National Review media and enterprise reporter Isaac Schorr also noted the disparity between the unmasked “important” people and the masked crowds, adding, “Security and dance partner in masks, talent unmasked — for the brand.”

In addition to her bizarre attack on Cruz, Ocasio-Cortez insisted during at least one of her weekend campaign events that it was “inevitable” that Democrats would turn Texas blue.

Ocasio-Cortez: Texas turning blue. Inevitable. Inevitable! It will happen. The only question is when..We’re going to make sure we unionize the hell out of this state.