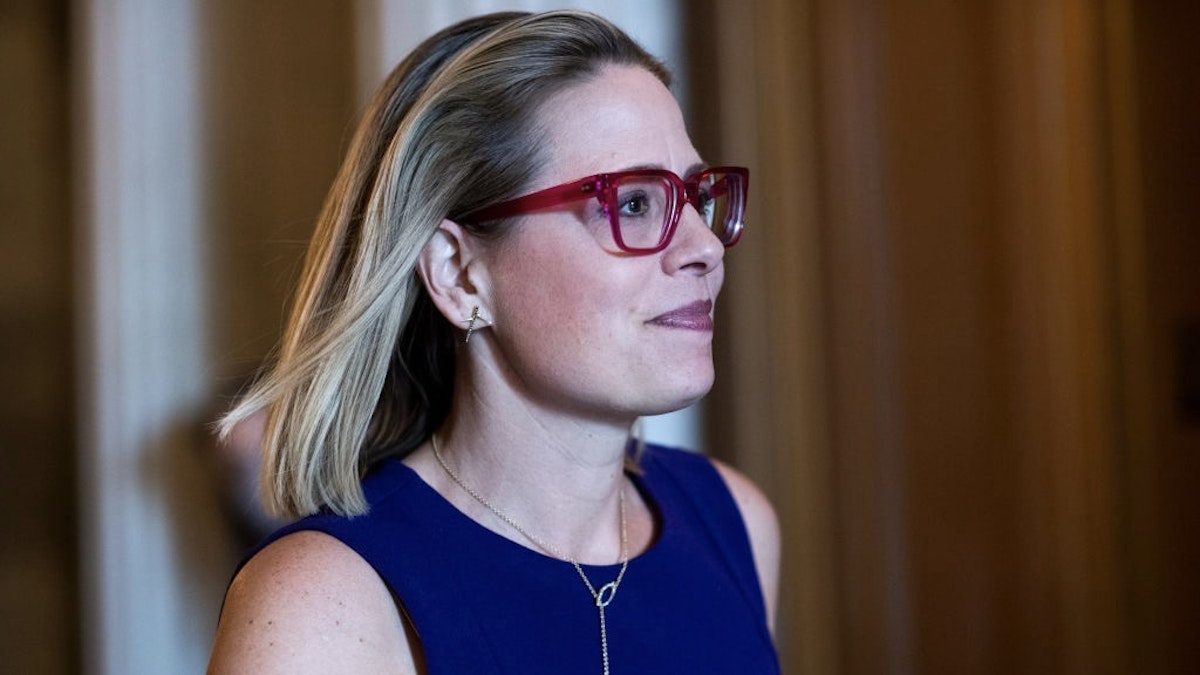 MODS TO BIDEN: BIF NOW OR BUST — Sen. KYRSTEN SINEMA (D-Ariz.) delivered a tough message to President JOE BIDEN at a private meeting Wednesday, we’re told: If the House delays its scheduled Sept. 27 vote on the bipartisan infrastructure plan — or if the vote fails — she won’t be backing a reconciliation bill.

Sinema is not the only moderate taking this stand. Rep. KURT SCHRADER (D-Ore.) — one of approximately 10 moderate Democratic House members playing hardball with leadership — said he and several members of their group are on the same page. Some of the lawmakers have conveyed that message up the chain to leadership and the White House. A senior Democratic aide confirmed the warnings.

“If they delay the vote — or it goes down — then I think you can kiss reconciliation goodbye,” Schrader told Playbook. “Reconciliation would be dead.”

This isn’t the first stand the senator has taken to push back against progressive Democrats’ radical proposals over the past few days.

As The Daily Wire reported on Sunday, Sinema reportedly told the “White House that she does not support the drug-pricing reforms that the White House is already struggling to get support for.”

“Sinema met with President Joe Biden on Sept. 15 to discuss the social spending package, in which party leaders hope to include the Medicare prescription drug pricing proposal,” Politico reported. “Sinema has made her resistance to the current House prescription drug negotiation proposal clear to the White House, according to one of the sources, but it’s unclear if she’s completely immovable.”

Senator Joe Manchin (D-WV) has also urged his fellow colleagues to take a pause before pushing through the massive reconciliation bill, noting that the $3.5 trillion amount is far too high for him to agree to. Instead, citing inflation and the potential resurgence of the coronavirus or threats from abroad, he has said he wants to wait before attaching another massive spending bill.

Sen. Joe Manchin (D-W.V.) has privately warned the White House and congressional leaders that he has specific policy concerns with President Biden’s $3.5 trillion social spending dream — and he’ll support as little as $1 trillion of it.

At most, he’s open to supporting $1.5 trillion, sources familiar with the discussions say.

Some moderate House Democrats previously pushed back against House Speaker Nancy Pelosi (D-CA) and progressives in the House, as well, pressing to separately pass the bipartisan infrastructure package.

As CNBC reported last month, Pelosi said in a statement that she is “committing to pass the bipartisan infrastructure bill by September 27” and would “rally” her caucus to pass the bill after moderates in the House almost derailed the larger bill.

“She also stressed that she aims to pass a budget reconciliation bill that could get through the Senate — meaning it may prove smaller than House progressives want,” CNBC reported at the time.

Pelosi has said she wants to get both of the bills through at the same time, likely to appease all members in her party.

Although the vote on the bipartisan infrastructure bill is rapidly approaching, Sinema’s ultimatum to Biden might jeopardize the passage of both bills altogether.