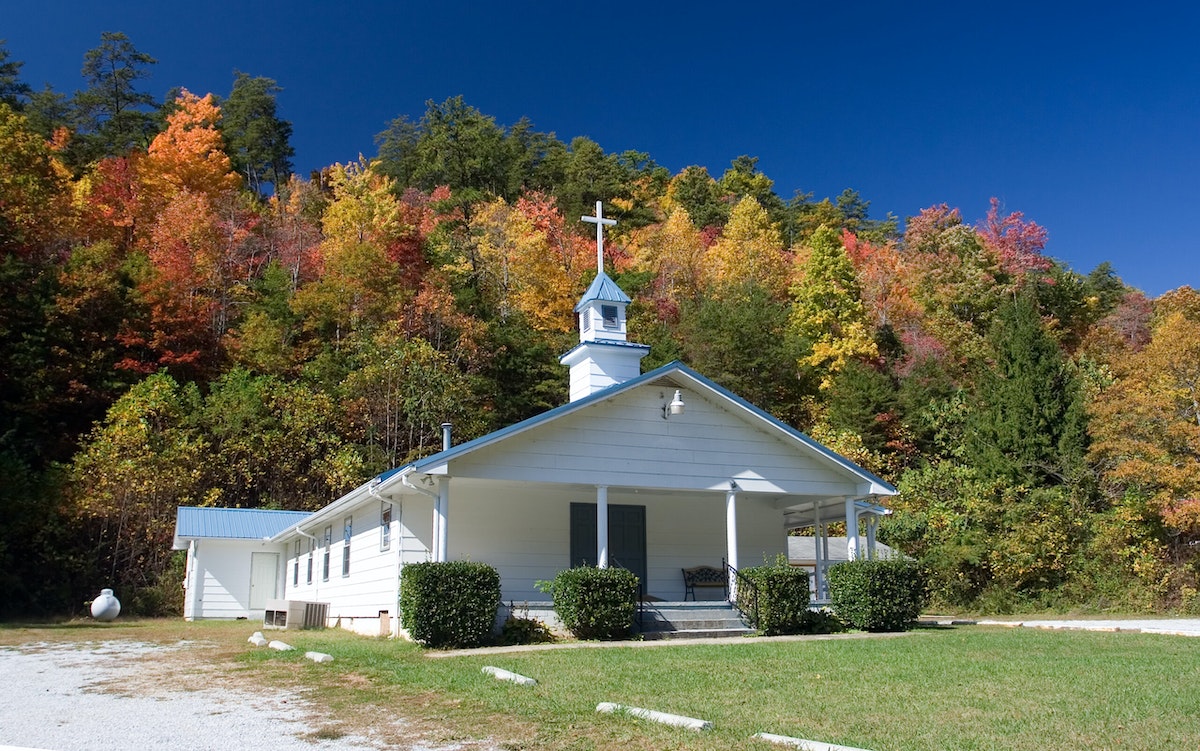 For several years now, the nation’s largest Protestant denomination — the Southern Baptist Convention — has been in a contentious fight over social justice, Critical Race Theory, and what many fear has been an incursion of woke ideology into its ministries. The issue came to a head in Nashville in June of 2021, during a particularly contentious fight for the organization’s presidency at the annual SBC meeting.

After last-minute intrigues that included document leaks and dramatic confrontations on the convention floor, conservative candidate Mike Stone lost in a run-off vote by a razor thin margin to Ed Litton, a more-liberal pastor from Mobile, Alabama.

A year later, conservative concerns about leftward drift within the denomination have only increased, and Litton, whose one-year term has been marked by controversies involving plagiarism, has said he won’t seek re-election but will instead focus on “racial reconciliation.”

In another effort to pull the SBC in what they believe is a more biblically faithful direction, a group of conservative Baptists is nominating Pastor Tom Ascol, president of Founders Ministries and the Institute for Public Theology, for the SBC presidency and Voddie Baucham, dean of theology at African Christian University in Zambia, for president of the pastor’s conference.

Baucham, who is black and grew up in the projects of South Central Los Angeles, is, in particular, well-known as a critic of CRT and wokeness, calling them godless ideologies, incompatible with the teachings of Scripture. His book “Fault Lines: The Social Justice Movement and Evangelicalism’s Looming Catastrophe” became a best-seller thanks in large part to Christians alarmed at seeing leftist ideas and terminology regarding race becoming popular in church circles.

Baucham told The Daily Wire that he agreed to be nominated for president of the SBC Pastors’ Conference because sound preaching has fallen out of favor in his denomination. He believes the Pastors’ Conference leader sets the spiritual tone for the annual meeting and offers a chance to highlight great preachers and make a statement about what preaching ought to be.

“I would love to see a revival of great biblical preaching in the SBC,” Baucham said. “The Pastors’ Conference has the potential play a significant part in that, especially if it is part of a larger movement that brings a man like Tom Ascol into the SBC presidency.”

Ascol’s other backers, such as current SBC Vice-President Lee Brand and legal scholar Carol Swain, both of whom are also black, share Baucham’s fears that a small group of leaders has steered SBC institutions closer to the current culture rather than to Christ. Among the issues they highlight: “radical feminism masked as soft complementarianism,” the “false gospel of Critical Theory and Intersectionality,” and “race marxism” [that] divides everyone by their most superficial features, in a never-ending cycle of recrimination and hate.”

Emphasizing the sufficiency of Scripture (that is, the Bible’s ability to address sins like racism without help from man-invented philosophies like CRT), Brand, Swain, and the other pastors and ministry leaders joining them in nominating Ascol and Baucham say that “at this critical juncture, we need men to serve who can unite our convention around the Gospel of Jesus Christ. We believe there are no two better men to lead us in this vital task.”

For his part, Ascol told The Daily Wire that he feels SBC leaders have shown a lack of responsiveness to churches like his, which are concerned that worldly ideas are infecting and distorting the denomination’s core doctrines.

“We’re a pretty typical SBC church in South Florida,” Ascol told The Daily Wire. “We’ve got a few hundred people and we just try to faithfully disciple people in our area, make disciples for Jesus, and worship and send missionaries. And churches like ours have just been dismissed time and again by SBC leadership when we raise concerns about things that are happening in some of our institutions. We’re told, you know, there’s nothing to see here. You’re meddling in business that doesn’t pertain to you.”

Some of the concerns Ascol and churches like his have brought up in recent years include saying that SBC seminary faculty encouraged students to identify their white privilege and the 2019 SBC resolutions committee classifying CRT as an “analytical tool” that can “explain how race has and continues to function in society.”

The SBC is known for being one of the last bastions of theological conservatism in the U.S., and the giving of its individuals churches provide it a nearly $400-million budget annually. Among the ministries, that money funds Southern Baptist seminaries, which educate about 33 percent of seminary graduates in the U.S., including pastors who go on to serve in other denominations. That means the SBC’s reach goes far beyond its own theological sphere. With the largest Protestant missions organization in the world, its influence even goes beyond America’s borders. This explains why last year’s convention was extensively covered by The New York Times, The Washington Post, The New Yorker, The Atlantic, NPR, CNN, and MSNBC, all of which implied or outright stated the conservative side was motivated by racial prejudice.

Ascol will be running against the only other pastor put forward for the SBC presidency so far, Willy Rice of Clearwater, Florida.

While Rice, who is a current trustee for the North American Mission Board, is largely viewed as the establishment candidate, some parts of his record have conservatives concerned. They point to an article Rice wrote comparing some Trump voters to idolaters that has since disappeared from his church’s web site but was preserved by Internet Archive.

In it, Rice wrote that while he doesn’t condemn the 70 million Americans who chose to vote for Donald Trump in the last presidential election, he is concerned about their reasoning. “Inarguably white evangelicals overwhelmingly supported the President, both fueling his rise to power and enthusiastically wanting his administration to continue,” he said. “There are defensible reasons for that position, but there are grave concerns about what unhealthy political passions in this recent season have revealed about the state of the church in America.”

Rice went on to say that God never called us to “Make America Great Again” and, in a reference that seemed to equate the Christian Trump voters of whom he was writing with the most notorious January 6 rioter, self-proclaimed “shaman” Jake Angeli, he said it was time for such Christians to “put away [their] Viking helmet[s].”

Critics also point out that during protests over the death of George Floyd in the summer of 2020, Rice held a race panel at his church where a panelist uncritically cited the secular book “White Fragility,” by noted CRT proponent Robin DiAngelo.

Still, Ascol said he doesn’t see himself as running against Rice.

“I’m not running against him because I don’t really know him,” Ascol told The Daily Wire. That said, he pointed out that since Rice has already held multiple prominent positions within the SBC for years and offered no resistance to the current trajectory, he doubts Rice will provide the kind of change the SBC needs. “I think he’s going to go along with the direction we’ve had the last four or five years. And I don’t think that’s a healthy thing.”

Ascol highlighted the fact that the SBC has been around for 177 years and has come back from the brink of liberalism before in the 1980s. Then, the denomination famously saw a conservative resurgence that made it one of the only cultural institutions in American history to move back to the right after a significant leftward slide.

“We’ve done a lot of good spreading the gospel around the world. We’ve been made Christ known in hard places,” Ascol says. “Our agencies, institutions have done a ton of good, too. But they need to be shepherded. They need to be guarded and protected.”