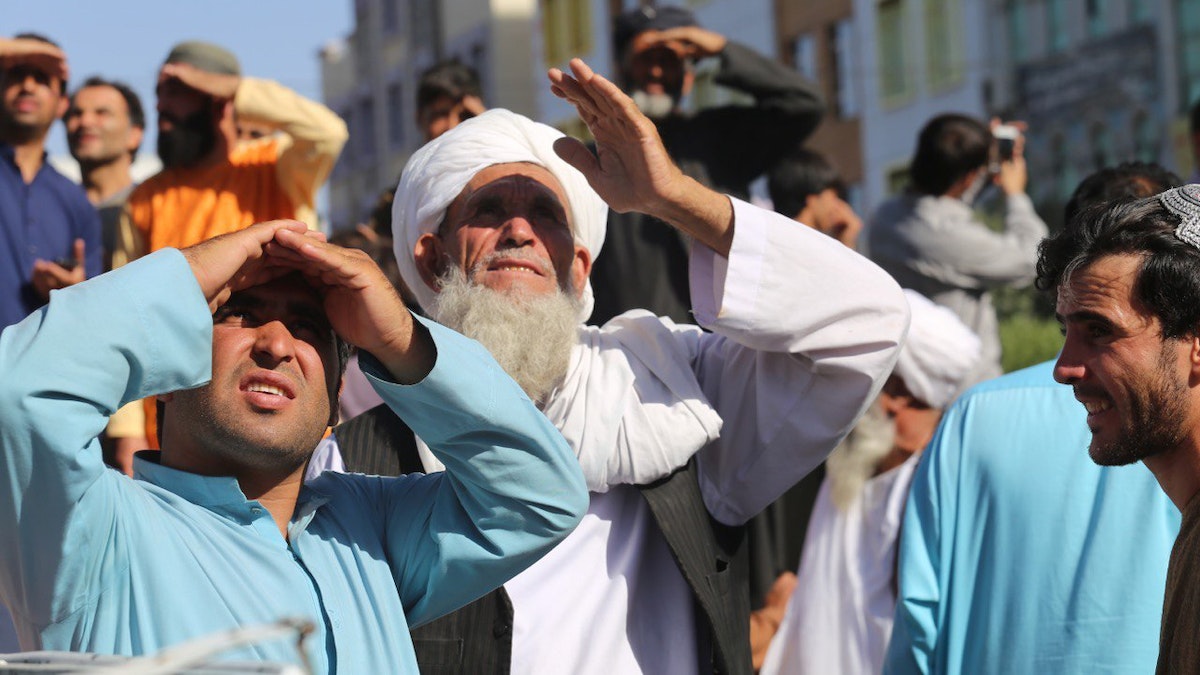 Taliban terrorists hung a dead man’s body from a crane in the middle of the street on Saturday in one of Afghanistan’s largest cities, sparking fears that the regime’s brutality was already back less than a month after they took over the country.

A store owner in Herat told the Associated Press that the Taliban brought four bodies to the main square, displaying one there and moving the other three to various parts of the city for public viewing. The Taliban claimed that the men who they killed were involved in a kidnapping and that they were all killed during a gun fight.

Footage of the bloodstained corpse, swinging on the crane was widely shared on social media, showing a note pinned to the man’s chest saying “This is the punishment for kidnapping.”

Rep. Michael Waltz (R-FL) responded to the event by posting a photograph of one of the hangings, writing: “America needs to see and understand what brutal terrorist thugs we are dealing with…and that their violence will follow us home.”

America needs to see and understand what brutal terrorist thugs we are dealing with…and that their violence will follow us home. pic.twitter.com/2D3G08ADsD

The gruesome display by the Taliban comes after Democrat President Joe Biden’s administration repeatedly praised the Taliban in recent weeks, calling them “businesslike and professional.”

The White House’s praise of the Taliban came during the week of the 20th anniversary of the September 11, 2001, Islamic terrorist attacks that killed nearly 3,000 people in the U.S. The attacks were carried out by al-Qaeda terrorists, who were being protected in Afghanistan by the Taliban.

“The Taliban have been cooperative in facilitating the departure of American citizens and lawful permanent residents on charter flights from HKIA,” the administration claimed in a statement after some American citizens were finally evacuated out of Afghanistan after being left there. “They have shown flexibility, and they have been businesslike and professional in our dealings with them in this effort. This is a positive first step.”

Biden’s disastrous withdraw from the country resulted in 13 U.S. service members being murdered by ISIS terrorists at the airport in Kabul. A large number of Americans, thousands of green card holders, and tens of thousands of SIV applicants were left behind by the administration.

The administration later drone struck and killed an innocent family, including seven young children, and has been accused of lying about aspects of the strike.