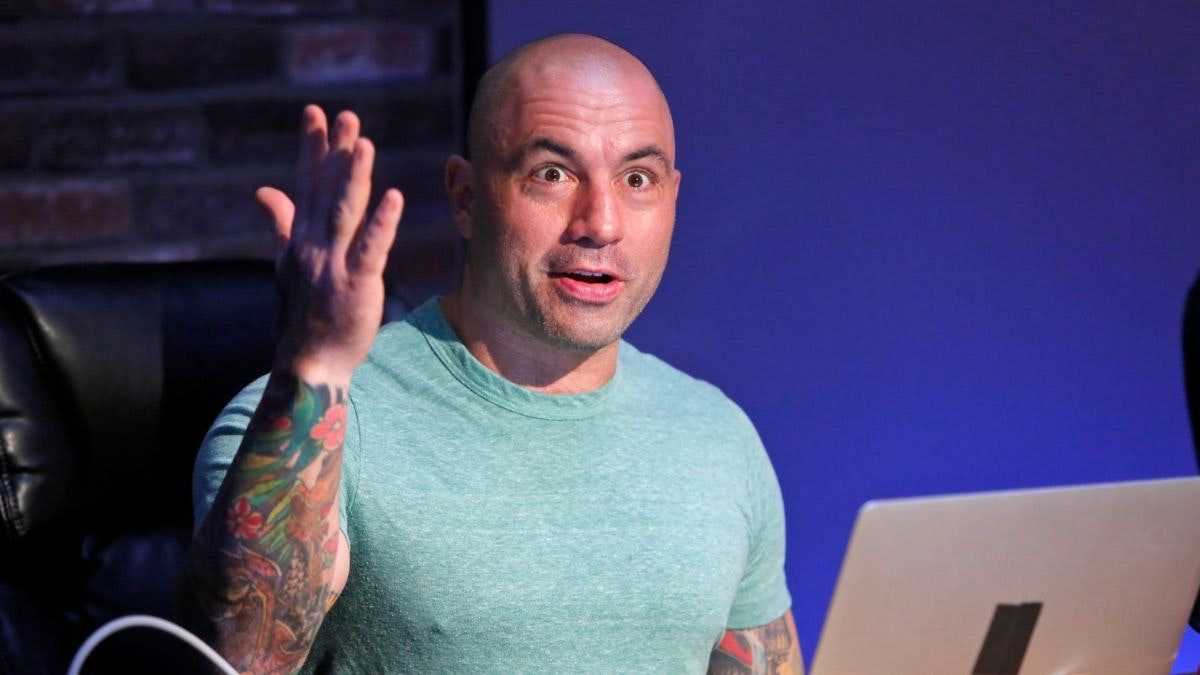 During the latest episode of “The Joe Rogan Experience,” popular podcast host Joe Rogan reacted to a shocking incident concerning a father who was physically dragged out of a school board meeting for not wearing a mask, an apparent reference to a meeting in Webster, New York.

The Daily Wire was the first to break that story.

Father Dave Calus was roughly dragged out of a school board meeting he attended Tuesday evening for apparently refusing to wear a mask. Calus, however, says other parents were at the meeting without masks on, too.

Rogan brought up the incident while discussing the change over what’s now the “acceptable” stance on cloth masks — a stance formerly widely deemed “misinformation” by legacy media and Big Tech.

“Like, folks — you’re looking around with all these people with cloth masks on, this is nonsense,” Rogan said. “It’s been proven to be nonsense. We know it’s nonsense, now.”

“At one point in time, we didn’t know it was nonsense,” Rogan continued, referring to cloth masks. “And, when you would go to a restaurant and wore a mask, people knew you weren’t an a**hole. And I think that was a good thing. It was like a way of signaling to everybody that you care. I don’t think there’s anything wrong with that.”

Back in January, the Centers for Disease Control and Prevention admitted that “loosely woven cloth products provide the least protection.”

“The Centers for Disease Control and Prevention on Friday clarified its stance on various kinds of masks, acknowledging that the cloth masks frequently worn by Americans do not offer as much protection as surgical masks or respirators,” The New York Times reported. “While this disparity is widely known to the general public, the update marks the first time the C.D.C. has explicitly addressed the differences. The agency’s website also no longer refers to a shortage of respirators.”

Shockingly, the Webster Central School District seemed to blame Calus for the incident, alleging the dad was not being “civil” by refusing to wear a mask.

“We strive to hold board of education meetings in public in order to inform the community of activities going on in our schools,” said a statement from Webster Central. “Those meetings can only occur when everyone in attendance acts in a civil manner.”

“There was an unfortunate incident during last night’s Webster CSD Board of Education meeting. Prior to entering last night’s meeting, visitors were reminded to wear masks in school buildings as is mandated by New York State,” the statement continued. “The individual whom you inquired about was asked to put his mask on three times and he refused. He was then asked to leave the meeting and refused to do so, resulting in Webster CSD security physically removing the individual from the meeting.”

“We hear those concerns and are continuing to monitor the rapid changes in this ongoing pandemic,” the district said.

WATCH: Security Guard At School Board Meeting Physically Removes Maskless Dad, Drags Him Out Of Meeting