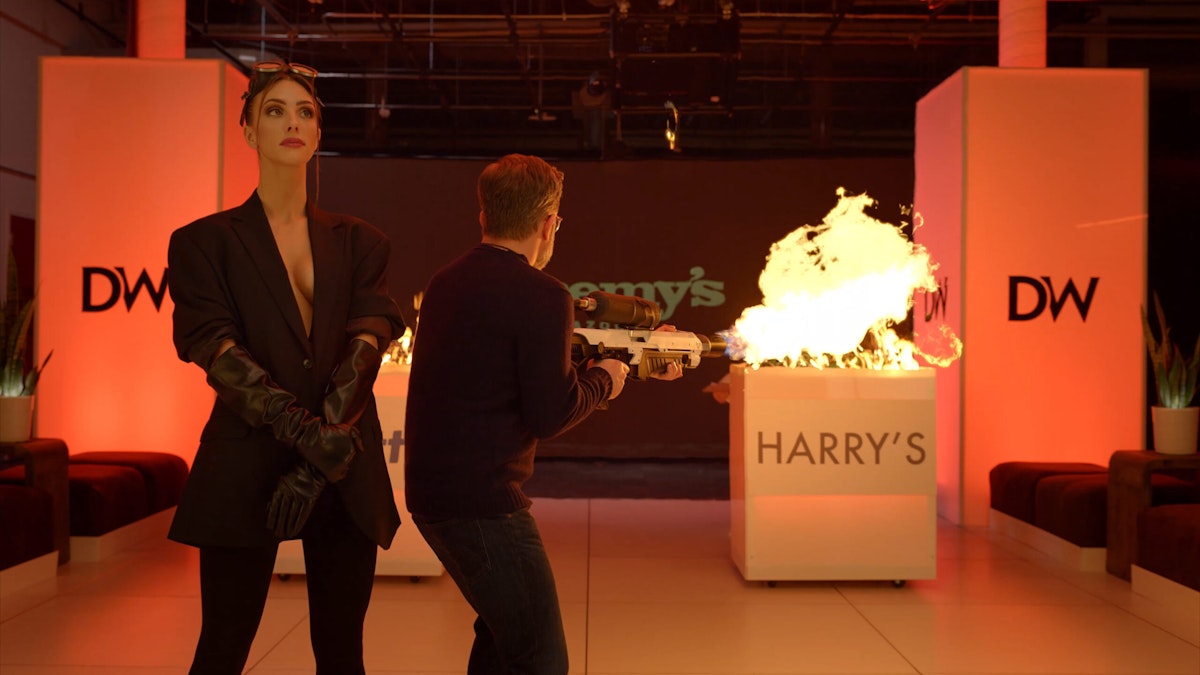 On Tuesday The Daily Wire announced the launch of Jeremy’s Razors — which can be pre-ordered on ihateharrys.com — a new company created in response to Harry’s Razors pulling its ads from The Daily Wire in 2021 over “inexcusable” opinions — in Harry’s words — expressed by The Daily Wire regarding traditional beliefs about gender.

Jeremy’s Razors first ad received high praise across the internet, but Tim Pool, popular podcast host and influential commentator on TimCast.com, lauded The Daily Wire for its efforts and explained brilliantly on his Tuesday podcast why The Daily Wire — and other anti-woke companies and entities — are needed to fight the Left.

“The Daily Wire has issued a rebuttal,” Pool told his audience after relaying the story of how Harry’s ditched The Daily Wire. “After one year, they released ihateharrys.com, which is Jeremy’s Razors, and I got to say the commercial they put out may be one of the funniest commercials I’ve seen.”

That commercial can be seen here:

A year ago, Harry’s Razors advertised on our shows. But then, they pulled their ads due to “values misalignment”. Introducing Jeremy’s Razors. Stop giving your money to woke corporations that hate you. Give it to the god-king: https://t.co/DLWEe8hraR pic.twitter.com/yt5gVG8pl0

“They hit the nail on the head with a hammer, and, this is significant. If there’s any one company that is doing the most — or doing a lot —to build culture and push back on far-left wokeness — it’s The Daily Wire,” he continued.

“Not a day goes by that I am not impressed, inspired, and jealous of what they are doing,” Pool added.

“We may end up going and hanging out in Nashville a little bit with the crew from The Daily Wire,” he also teased.

“But The Daily Wire is absolutely fantastic,” Pool continued. “I mean this is brilliant. This is their website, ‘I Hate Harrys…Stop giving your money to people who hate you. Give it to me instead.’ And there’s god-king Jeremy Boreing with the cut on his face from shaving.”

“So they tell the story breaking down why they’re launching this new product and it’s absolutely hilarious,” Pool continued. “But in this segment, I will talk to you not just about the fact The Daily Wire has created their own razor company, but also how many on the Left are accidentally watching The Daily Wire’s new cultural content and then going, ‘Oh no, what have I done?! I enjoyed Ben Shapiro’s movie?!”

“This is fascinating. We at Timcast.com are trying to do something relatively similar, maybe slightly different. The Daily Wire knows the power of culture,” he remarked. “Ben Shapiro and the crew there at The Daily Wire, they understand you have to build culture.”

“For the longest time now, for I think several years, they’ve been working towards releasing movies and TV shows and we’ve been talking to Daily Wire about, you know making some kind of show or content — I don’t know exactly if it’s anything significant — but you know Ian over at TimCast IRL, he’s got crazy ideas for shows and maybe something will come of this,” the host added.

“But we’re inspired” by Jeremy’s Razors, he added. “You know I watch these Netflix shows, I watch these movies, and the wokeness it’s just it’s palpable. Even when it’s a light touch, I’m just like I don’t agree with those values so it comes off just bad, truth be told.”

“We have a similar mindset to a lot of the crew at Daily Wire because we’ve talked about what we can make in terms of services and products. So we have, of course, our own book,” which can be found here.

“Our first book! We have a book, man, we are like 30 employees, we are nowhere near as big as a Daily Wire, but I am inspired by the work they’re doing,” Pool continued before dedicating nearly 30 minutes to the latest and greatest out of The Daily Wire.

The Daily Wire is one of America’s fastest-growing conservative media companies for breaking news, investigative reporting, sports, podcasts, in-depth analysis, books, and entertainment for a reason: because we believe in what we do. We believe in our country, in the value of truth and the freedom to speak it, and in the right to challenge tyranny wherever we see it. Believe the same? Become a member now and join our mission.