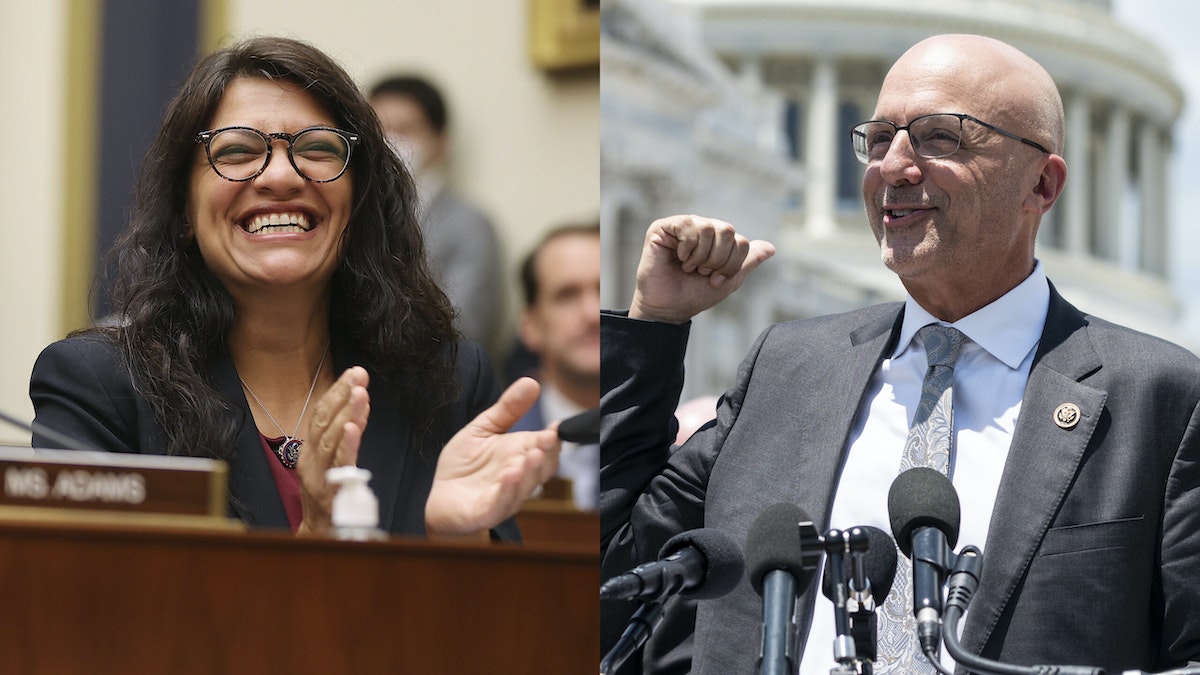 House Foreign Affairs Committee Chairman Ted Deutch (D-FL) slammed Rep. Rashida Tlaib (D-MI) on the House floor on Thursday after Tlaib made highly controversial remarks about the state of Israel as she objected to sending money to Israel so they could defend themselves from Palestinian terrorist attacks emanating out of Gaza.

I rise in opposition to this supplemental; I will not support an effort to enable and support war crimes, human rights abuses, and violence. We cannot talk — be talking only about Israeli’s need for safety at a time when Palestinians are living under a violent apartheid system and are dying from what Human Rights Watch has said are war crimes. We should also be talking about Palestinian need for security from Israeli attacks. We must be consistent in our commitment to human life, period. Everyone deserves to be safe there. The bill claims to be quote “a replenishment for weapons” apartheid Israel used in a crisis that manufactured when it attacked worshippers at one of the most holiest Islamic locations, the Al-Aqsa Mosque, committing again numerous, numerous war crimes, and yet, a $1 billion in American tax dollars [inaudible] my colleagues want to give represents to me an absurd and unjustifiable 140X increase to U.S. funding for the Iron Dome. I firmly believe our country must oppose selling weapons to anyone, anywhere without human rights law compliance. The Israeli Government is an apartheid regime, not my words, the words of Human Rights Watch and Israel’s own Human Rights Watch organization B’Tselem. I urge my colleagues, please stand with me in supporting human rights for all.

Deutch quickly responded, scrapping plans that he had on talking about the importance of the Iron Dome, and instead focusing on Tlaib’s remarks.

Mr. Speaker, I have a speech about how important it is for us to stand up against terror, and the terror strikes against Israel launched by the terrorist group Hamas from Gaza — 4,500 rockets the Iron Dome helped to stop. And I have a speech that’s all about how important it is for us to replenish that. But Mr. Speaker, I cannot, I cannot allow one of my colleagues to stand on the floor of the House of Representatives and label the Jewish democratic state of Israel an apartheid state. I reject it. Today, this caucus, this body, the House of Representatives will overwhelmingly stand with our ally, the State of Israel, in replenishing this defensive system. If you believe in human rights, if you believe in saving lives, Israeli lives and Palestinian lives, I say to my colleague who just besmirched our ally, then you will support this legislation. … Mr. Speaker, we can have an opportunity to debate lots of issues on the House floor. But to falsely characterize the State of Israel is consistent with those — let’s be clear — it’s consistent with those who advocate for the dismantling of the one Jewish state in the world. And when there is no place on the map for one Jewish state, that’s anti-Semitism. And I reject that. I stand in support of this important legislation.

.@RepTedDeutch after Rep. Tlaib:
“I cannot allow one of my colleagues to stand on floor of House and label Jewish democratic state of Israel an apartheid state…my colleague who just besmirched our ally…when there’s no place on map for one Jewish state, that’s anti-Semitism” pic.twitter.com/kCa5Y5W8EI