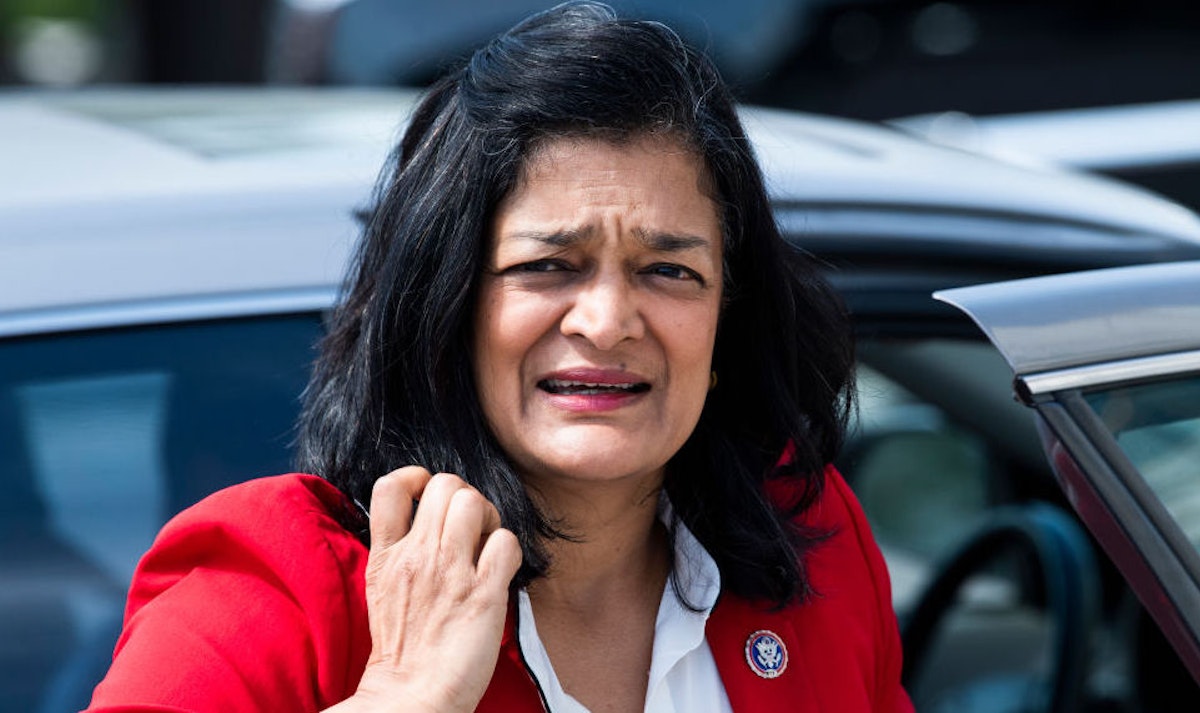 Rep. Pramila Jayapal (D-WA), the leader of the Congressional Progressive Caucus, reportedly started crying during an “intense meeting” with President Joe Biden while arguing for amnesty for illegal immigrants, according to Politico. Jayapal was arguing for including amnesty in the reconciliation bill, a component which had been ruled out by the Senate parliamentarian for inclusion in the bill.

Jayapal, a congresswoman from Washington, was reportedly distraught by the exclusion of amnesty from the package, according to an exclusive from Politico, during the Wednesday meeting. Japapal’s progressive caucus includes other radical politicians, including Reps. Maxine Waters (D-CA), Rashida Tlaib (D-MI), and Alexandria Ocasio-Cortez (D-NY).

“She said, ‘I’m the first South Asian woman ever elected to the House … and one of only two dozen immigrants in Congress … as an immigrant woman of color, I just want to share my perspective,’” Chris Evans, a spokesperson for Jayapal said.

Evans continued, “She has a unique story as an immigrant — but also coming at 16, and to be sitting at the White House delivering what would be a transformational investment in social programs, it will be a moment she will remember forever.”

One source told Politico that Jayapal burst into tears because she was “feeling the pressure” of the meeting.

Evans claimed the meeting with Biden was not confrontational. “It’s hard to get overwhelmed in a non-confrontational meeting. I could see someone getting overwhelmed if they were demanded to do something, but that didn’t happen,” he said.

Politico did not report whether Jayapal’s efforts convinced Biden, but it was announced on Sunday night that the Senate parliamentarian ruled against the legitimacy of putting amnesty in the bill.

“Democrats did not have firm legislative text nor a total price tag for the bill. So it’s hard to see how there is an absolute ruling on this,” Fox News’ Chad Pergram reported at the time. “But, budget reconciliation bills, which Democrats were using to avoid a filibuster, must be strictly fiscal in nature and can’t add to the deficit. It was believed that this push to add immigration to the bill was too policy driven.”

In response, Rep. Ilhan Ohmar, a progressive Democrat from Minnesota, said Democrats should ignore the parliamentarian’s recommendation and include the amnesty anyway.

Negotiations over the reconciliation bill have been a long process with lots of inter-party wrangling over what the final cost of the bill will be. West Virginia Senator Joe Manchin (D) has indicated that he does not support the multi-trillion dollar version and wants a much more slimmed down version of the bill that costs less.

The price tag is still in flux. Politico notes that a compromise on the revenue portion of the bill has been reached, but no decision yet on how much it will cost in the end. House Speaker Nancy Pelosi (D-CA) has not yet brought the bipartisan infrastructure bill passed in the Senate last month to the floor, as she has attempted to hinge its success to that of the reconciliation bill.

“I think we’re in a very good place,” Pelosi said on Monday. “I’ve always been very calm about this. … At the end of the day, we will be unified for the American people.”