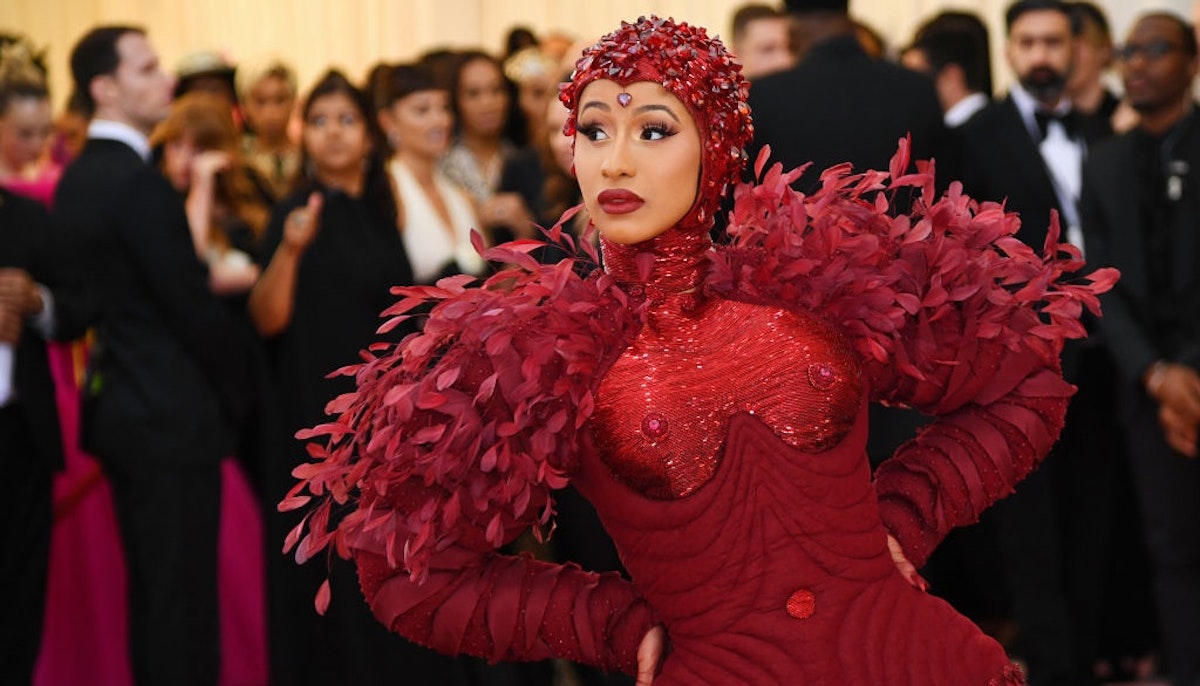 Twitter users blasted The Hill for publishing an article about rapper Cardi B’s thoughts on the conflict between Russia and Ukraine.

The article, titled “Cardi B says she’s ‘not really’ on NATO or Russia’s side amid Ukraine crisis,” focused on a video the rapper posted to Twitter on Tuesday, in which she said she was not supportive of either Russia or NATO in the conflict.

“I actually want to say a lot of things, but I’m just gonna mind my business because sometimes I feel like I have such a big platform that if I don’t say the right things I might get killed,” the “Bodak Yellow” and “WAP” rapper said in the video. “I’m really not on NATO’s side. I’m really not [on] Russia’s side. I’m actually in the citizens’ side, because at the end of the day, the world is having a crisis right now. There’s inflation not only in America, but everywhere in the world. It’s really hard to get the economy back up. There are so much shipments and embarkments backed up. China’s not really messing with us, so a lot of things are behind, a lot of goods are behind. And this s*** just made it way more complicated. I’m just really annoyed by this, and I really wish that all world leaders right now just really come with a logical conclusion. But, whatever.”

The Hill reported that the rapper’s comments resulted from an exchange that began when another Twitter user asked what her opinion was on “this whole Russia thing.”

“Wish these world leaders stop tripping about power and really think about whose really getting affected (citizens) besides the whole world is in a crisis,” Cardi B responded to the user. “War, sanctions, invasions should be the last thing these leaders should worry about,” she said. Another user quote-tweeted Cardi B, prompting the rapper’s video response.

Twitter users across the political spectrum reacted to Cardi B’s take, some mocking the D.C.-based news outlet for highlighting the opinions of a celebrity on a sensitive geopolitical issue.

“Thank God the experts are weighing in,” PragerU’s Will Witt added.

Thank God the experts are weighing in. https://t.co/1VlOWy6KvC

“The Hill is the premier source for policy & political news.” https://t.co/k9QBTN9ZJY

“But what does Ja Rule think?! WHERE IS JA?!” YouTube news personality Phillip DeFranco joked, referencing a Dave Chappelle stand-up bit making fun of other news outlets asking celebrities for their opinions on hot-button issues.

But what does Ja Rule think?! WHERE IS JA?! https://t.co/cNwqkp22sp

“Meh, I’m more interested in her medical knowledge on the effects of vaccines and the male anatomy,” one anonymous user added, referencing a claim made by fellow female rapper Nicki Minaj that the COVID-19 vaccine caused a family member to become impotent and experience swollen genitals.

Meh, I’m more interested in her medical knowledge on the effects of vaccines and the male anatomy. https://t.co/mqrvKhLDhn

“Whoever is determining newsworthiness at @thehill should find another line of work,” another user wrote.

Whoever is determining newsworthiness at @thehill should find another line of work. https://t.co/A86AHM3Atf

Other responses can be found below:

Unfollowing this account will do wonders for your mental health https://t.co/akt5MwKZCh

She doesn’t have an opinion. That’s the story. https://t.co/5EgH7FRGNd

You know America is a vibrant democracy in a position to defend democracy worldwide, because we have a free press that speaks truth to power and delivers the facts to the American people. https://t.co/n0eCkrUMGz

Whew! Now that we know where Cardi B stands on foreign policy, the White House can adjust its strategy on preventing WW3. Thanks, girl! https://t.co/zinIC8wOyf

Thank God for the serious reporting from The Hill https://t.co/aYgOKkDq0B

That’s crazy because all weekend I’ve been stressing about “What does Cardi B, a rapper, think about this complex geopolitical issue”. I’m so glad I have an answer now https://t.co/Pt6PRE33vT

The Hill literally published a story on how Cardi B doesn’t have a strong opinion on Ukraine https://t.co/0WS0cTsPUE

Cardi B has better politics than nearly every US politician lmao https://t.co/3k5TjfJGlL