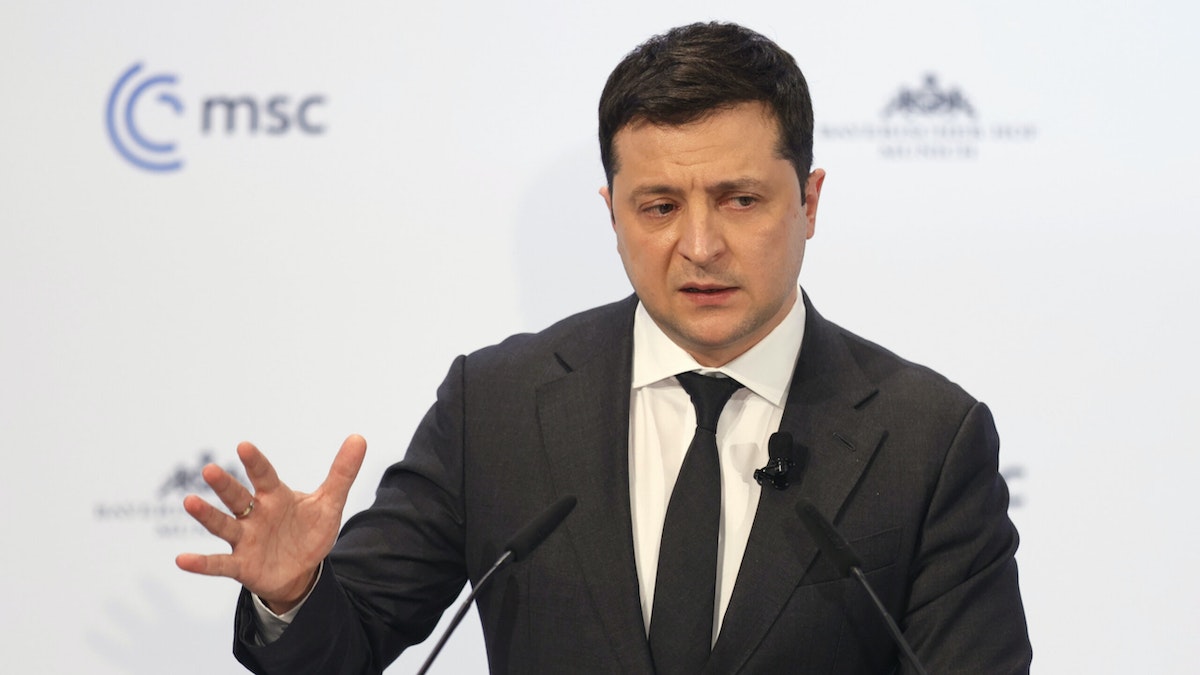 Speaking at the Munich Security Conference on Saturday, Ukrainian President Volodymyr Zelensky talked about listing sanctions prior to a possible Russian invasion of Ukraine:

You’re telling me that it’s 100% that the war will start in a couple of days. Then what [are you] waiting for? … We don’t need your sanctions after the bombardment will happen, and after our country will be fired at or after we will have no borders or after we will have no economy or parts of our country will be occupied. Why would we need those sanctions then?

However, according to CNBC, German Chancellor Olaf Scholz proclaimed on Saturday that sanctions should wait — in order to allow for a potentially peaceful resolution, as well as to keep Moscow on its toes not knowing “exactly” what awaits following an invasion.

“It’s better to say we do it then, instead of doing it now, because we want to avoid the situation. … We want to go in the direction where peace is having a chance,” Scholz said, also adding: “My view is that it makes no sense to make them public. It is good for what we expect to get that the Russian government cannot be really sure exactly what we’ll do.”

As Russian aggression against Ukraine has escalated, and a potential invasion looms, President Joe Biden, and the leaders of other nations, have been preparing sanctions as a means of deterrence.

During a briefing on Friday, White House Press Secretary Jen Psaki responded to a reporter’s question regarding why the United States isn’t issuing sanctions now, as opposed to only after a Russian invasion of Ukraine.

“Well, I think as we’ve talked about a little bit in here, our collective view from our national security team is that sanctions are meant to be a deterrent,” Psaki said. “They are not — if you put all of the sanctions in place now, what is stopping them from invading?”

When the reporter countered by suggesting that the administration is “waiting for people to die” before implementing sanctions, Psaki called the comment unfair.

But the reporter, as well as the Ukrainian president, aren’t the only people thinking about pre-invasion sanctions.

“He’s got 100,000 troops amassed on the Ukrainian border, and he’s paying no price at all,” Graham stated. “So I’d like to hit him now for the provocation and have sanctions spelled out very clearly, what happens to the ruble and his oil and gas economy. I think that’s what’s missing.”

Related: Reporter To Psaki On Post-Invasion Sanctions: ‘So You’re Waiting For People To Die Before Implementing Them?’