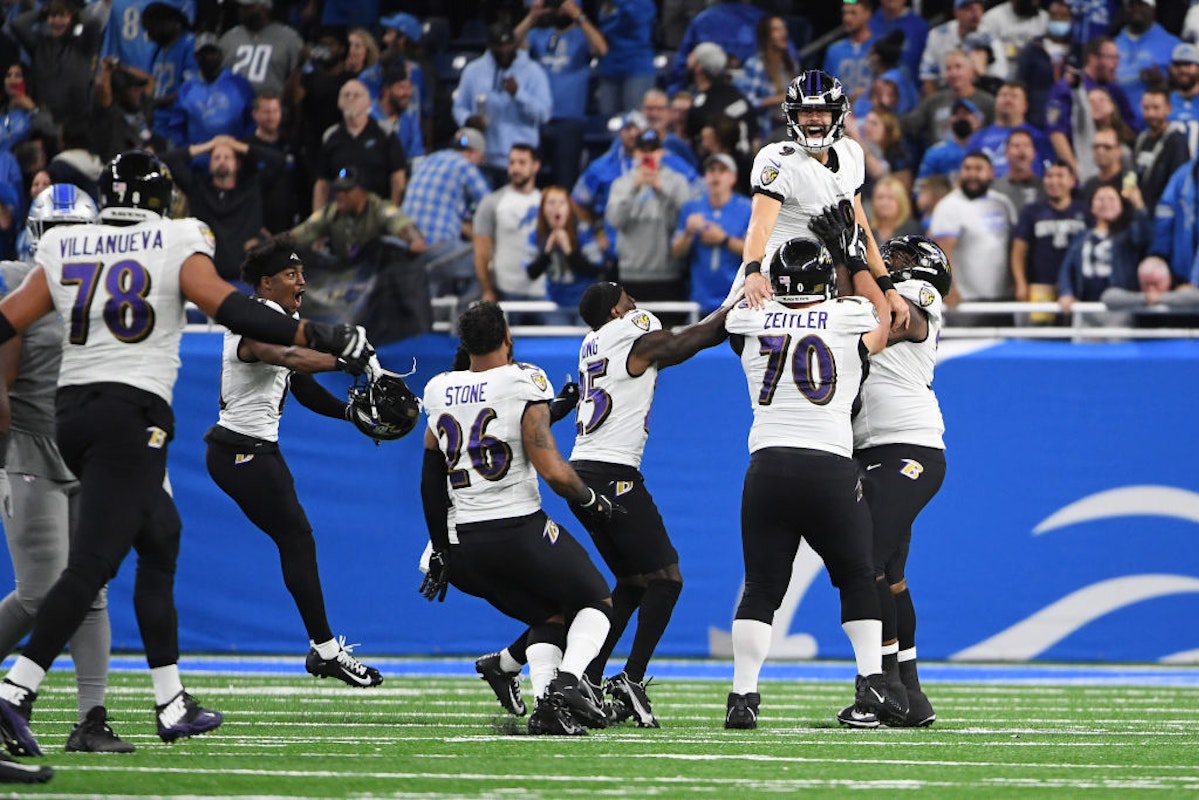 Having a reliable kicker in the NFL is gold. Having potentially the greatest kicker of all-time? Priceless.

With three seconds left in the fourth quarter and the Ravens down 17-16 to the Lions, Tucker lined up for a 66-yard field goal. This you have to see to believe.

DID THAT JUST HAPPEN?!?!

“That one was something else,” Tucker said in a postgame television interview. “I don’t really have the words to do justice to the moment. [Jackson] and crew getting down there just far enough to give us that game. All I can say is trust. Trust God, trust this team, we got something special.”

It was Tucker’s fourth field goal of the game, also hitting from 32, 39, and 50 yards earlier in the game. Tucker did miss his first indoor kick in his career in the game as well.

“Whenever we’re fortunate enough to have a game-winning field goal opportunity, especially a walk-off,” Tucker explained after the game, “I get more nervous after the fact thinking about what if that didn’t go the way we wanted it to go. So, I mean, yeah, I just kicked it.”

The amazing game-winning kick came after Detroit took the lead on their own field goal with 1:04 left in the fourth quarter when Ryan Santoso knocked down his 35-yard attempt.

Ravens quarterback Lamar Jackson completed a 36-yard pass to Sammy Watkins on 4th-and-19 with 26 seconds left in the game to keep Baltimore alive, giving Tucker a shot at his now record-making field goal.

“When it went off his foot, I thought it had a chance,” Ravens coach John Harbaugh said after the game, adding, “He’s the best kicker in NFL history.”

While Prater lost the record on Sunday, he also made the headlines.

The Arizona Cardinals kicker attempted a 68-yard field goal that came up short and was returned by Jamal Agnew of the Jacksonville Jaguars 109-yards for a touchdown.

Matt Prater missed a 68-yard field goal. Jamal Agnew ran it back for a 109-yard TD.

The 109-yard return is the third of its kind in the history of the league, with Antonio Cromartie and Cordarrelle Patterson also accomplishing the feat. The Cardinals still won the game 31-19.

For Tucker and the Ravens, they move to 2-1 on the season after their big win over Kansas City in week two. Detroit falls to 0-3 on the year.

RELATED: Tom Brady Says NFL ‘A Little Softer Than It Used To Be’