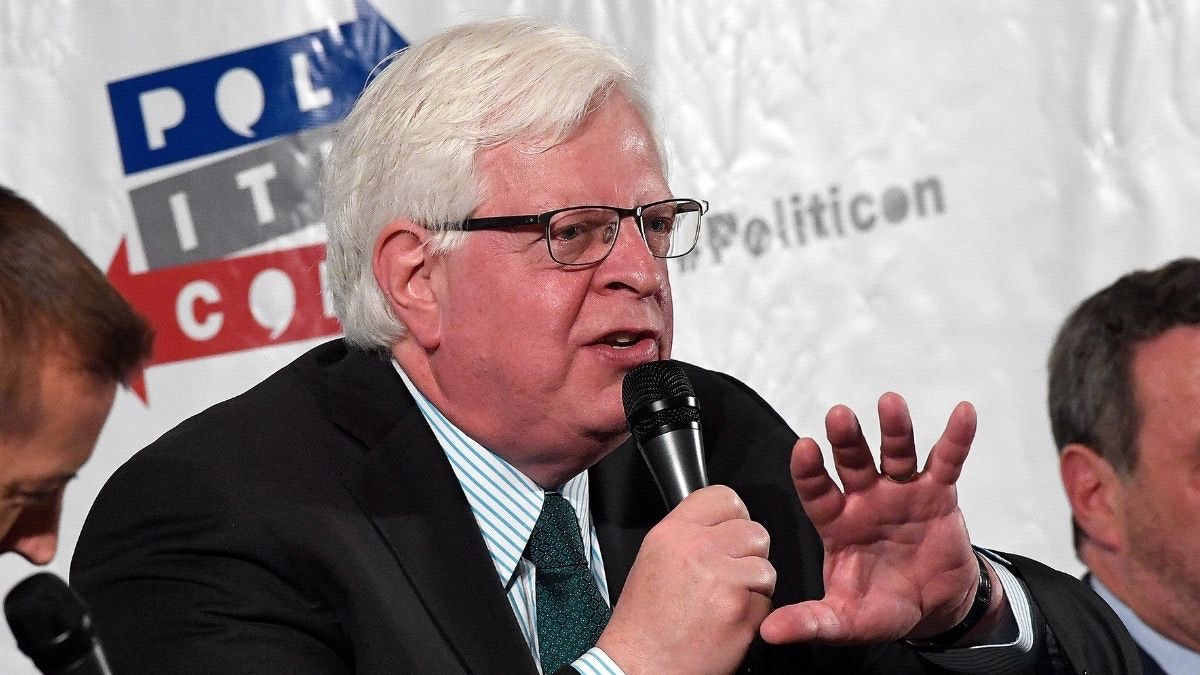 Bestselling author, columnist, and nationally syndicated radio talk show host Dennis Prager spoke with The Daily Wire’s John Bickley this week to address the reasons behind a growing number of studies revealing that America is becoming a less religious nation.

“That’s a pincer movement. Religions themselves have failed and the secular world. It is the overwhelming dynamo of society. I’ve said for years, secular societies influenced religions much more than religions have influenced secular society in the last hundred years,” Prager noted during the interview.

Much of the loss of religion in our society, Prager observed, is based on Americans forgetting the influence of their faith.

Prager notes, “I’m not blaming them.” Instead, he highlights, “I’m just describing a reality. That’s what happened. They didn’t convey the meaning, and so the kids just dropped it.”

Religious freedom remains a critical foundation to American society and one that has been tested in recent days. Threats continue to grow within our nation, as well as to neighboring countries like Canada, where peaceful protesters have faced serious repercussions for their convictions regarding vaccine mandates. Prager responded to what’s driving these attacks on religious freedom today.

“The left from its inception from Karl Marx has hated religion because it’s the only competitor for people’s allegiance. If Judaism and Christianity are strong or for that matter, if Islam is strong, it has resisted Marxism. But in societies where the religion declines, Marxism’s appeal and power increase,” he noted.

“Look at Canada, Canada’s a thoroughly secular place for all intents and purposes, and we have a true Marxist, pro-communist, currently, a dictatorship, and a mean one at that at the front, governing that country. You know who opposed Soviet communism? Pope John Paul II from Poland, and Muslims in Afghanistan, and the Jews in the Soviet Union. These were the nemeses of the Soviet Union. You either worship the God of the Judeo-Christian world or the god of Marx. That’s what it really amounts to,” Prager shared.

“I can tell you what has worked for me,” Prager answered. “For almost half a century explaining to people rationally why God and the Bible are necessary. That’s why I’ve embarked on this massive project of a five-volume commentary on the first five books of the Bible called the Rational Bible.”

Two volumes are already available, with another coming later this year.

“People read them and, ‘Wow, I never realized this. I think I’m going to take God and the Bible a little more seriously now,’” Prager added. “You want to defund the police? Have everybody live by the 10 Commandments.”

The concept of a “rational” Bible sounds odd to some. Prager addressed the emphasis on the reasoning aspects of Scripture that are important to his work.

Prager emphasized during the interview that people are “reachable.” When asked to clarify, he presented a strong case for helping people with faith through reason.

“My entire raison d’etre is that you can reach people through reason. Not everybody. We live in the age of anti-reason,” he said. “If you really think it’s fair for a biological male to compete against women in women’s sports, then you have abandoned reason, not to mention fairness, but not everybody believes that. There are still people to whom the rational is appealing, and if they’re a quarter of the civilization, it’s a lot of people to touch.”

When asked if he sees any turning points coming for the U.S. in a positive or negative direction, Prager offered cautious but hopeful words.

“It’ll be interesting to see what happens in the next elections when three members of the San Francisco school board are deposed or recalled 70 to 30,” Prager suggested. “The rank and file parent, trucker, you name it. These people are not yet lost.”