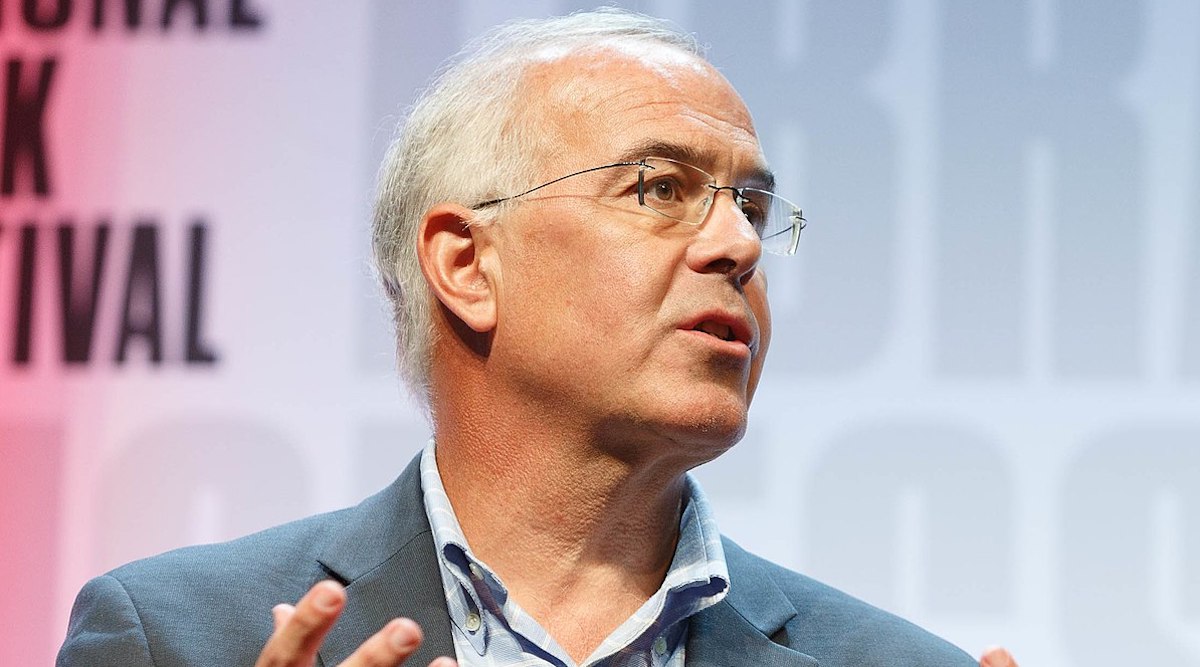 When you think about the war in Ukraine, in which untold numbers of people are dying, having their lives permanently uprooted and witnessing loved ones sent to emergency rooms, aren’t you elated and filled with admiration of yourself? David Brooks is!

The spectacled New York Times columnist could hardly contain himself this week, writing Thursday about the soul-stirring inspiration he feels as he watches violence, chaos, and destruction unfold 5,000 miles away.

“The Ukrainians have been our instructors and inspirers,” wrote Brooks. “We owe them such a debt. They have reminded us not only what it looks like to believe in democracy, the liberal order and national honor but also to act bravely on behalf of these things.”

He also noted his arousal at the display in “leadership” by Ukrainian President Volodymyr Zelensky, who “emerged as the everyman leader — the guy in the T-shirt, the Jewish comedian, the guy who didn’t flee but knew what to say.”

You get the sense that if such a conflict were to take place in America, Brooks would immediately send his wife and children to another country so that he could don a helmet and toss molotov cocktails at invaders while singing the national anthem.

But of course that’s not what would happen. Brooks, like so many others in Washington (both parties), are simply infantile romantics who think of war abroad as if it’s a movie or Nicholas Sparks novel. They’re easily manipulated by propaganda — yes, most or all of those moving video clips on social media of Ukrainians standing up to Russian soldiers with defiance are likely staged — and can only think of the deadly confrontation in ways that relate to themselves.

Stacey Abrams, who has not yet conceded her loss to be governor of Ukraine, said this week that her annoying saga to dismantle every attempt to secure our elections is just like— Ukrainians being killed by Russians!

“We are a stronger nation when we allow people to participate,” she said on Comedy Central (yes, really), “and if we ever doubted that … the war that [Vladimir] Putin is waging against Ukraine … this isn’t a war against Ukraine, this is a war on democracy in Ukraine.”

You hear that, children? Bloodshed in Eastern Europe is just like voter I.D. laws!

What’s happening in Ukraine is not a game. It’s not an opportunity for Democrats to continue their hysterical “democracy is under siege” campaign. And anyone treating it as such (virtually all of Washington and the national media) should be immediately regarded as an unserious dummy with no credibility in explaining the depressing reality of military conflict.

They don’t care about what’s actually happening, only that it makes them feel good.

A lot of people are about to die and the David Brookses and Stacey Abramses will continue to act like it’s something we should be beaming with pride about. But don’t let that ruin their good spirits.

Eddie Scarry is the D.C. columnist at The Federalist and author of “Privileged Victims: How America’s Culture Fascists Hijacked the Country and Elevated Its Worst People.”