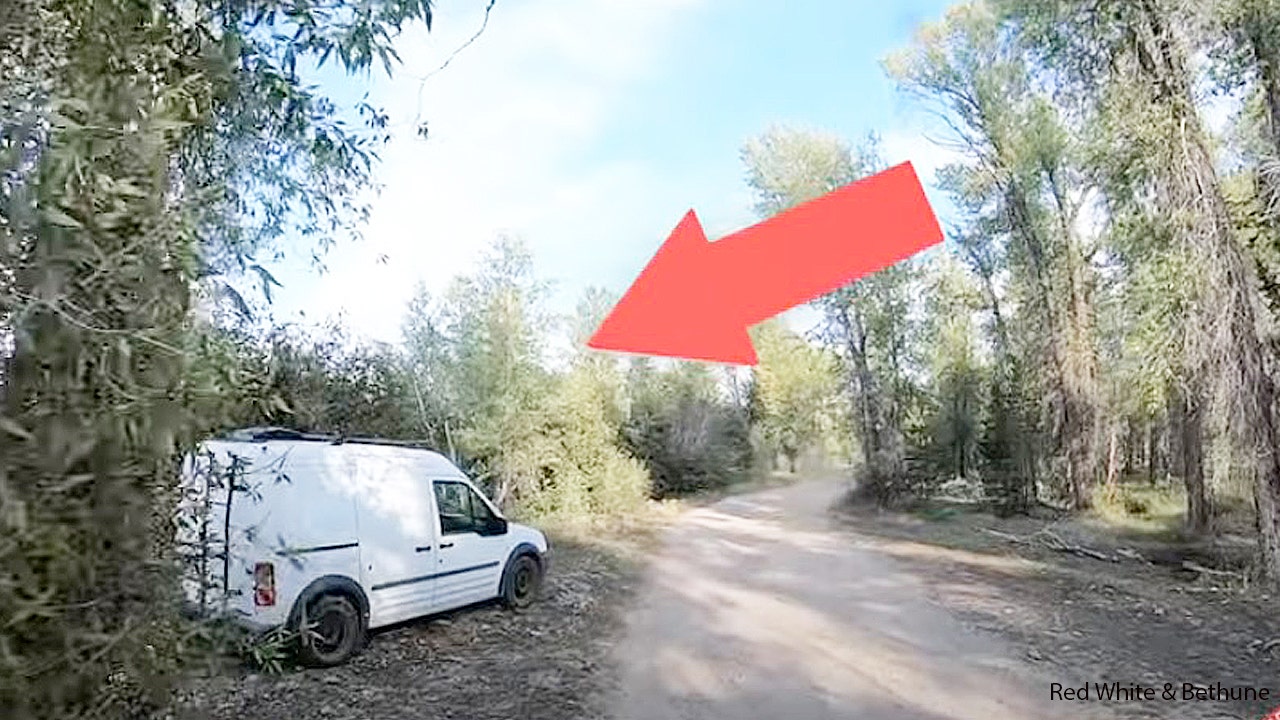 “We came across a white van that had Florida plates,” said blogger Jenn Bethune in a video posted to YouTube. “A small white van. We were going to stop and say hi because we’re from Florida too, but the van was completely dark. There was nobody there, so we decided to continue on our way.”

The bloggers shot the video while documenting their family’s cross country trip, saying that when they stumbled upon the van around 6 or 6:30 p.m. they believed it might have been “abandoned.”

“It’s kind of freaky for a late Saturday evening,” Kyle Bethune said. “But we just kind of had a brain fart, ‘Oh, there’s that van.'”

Petito’s family said they and the FBI are aware of the video, which is one of several possible sightings that have been reported to authorities since the search was launched.

“We believe this is the van for multiple reasons,” the family wrote Sunday on Facebook. “Please do not clog up the tip line with the same video. This is in the hands of the right people. Thank you so much, this is exactly why we are asking people to review older photos and video. #FindGabby”

Another reported sighting was made by traveler Shannon Baker, who said she and he husband saw the van while driving through the Jenny Lake area of Grand Teton on Agu. 25, the day Petito’s family said was the last time they spoke with her via FaceTime.

“I’m sure of it,” Baker said. “It had the black ladder on the back and the two black rooftops on top, the two bars, and we made the comment that would be the perfect little camper to go around in.”

When the travelers saw news reports of the missing woman and a description of the van, they said they knew right away it was the same vehicle they saw in the park.