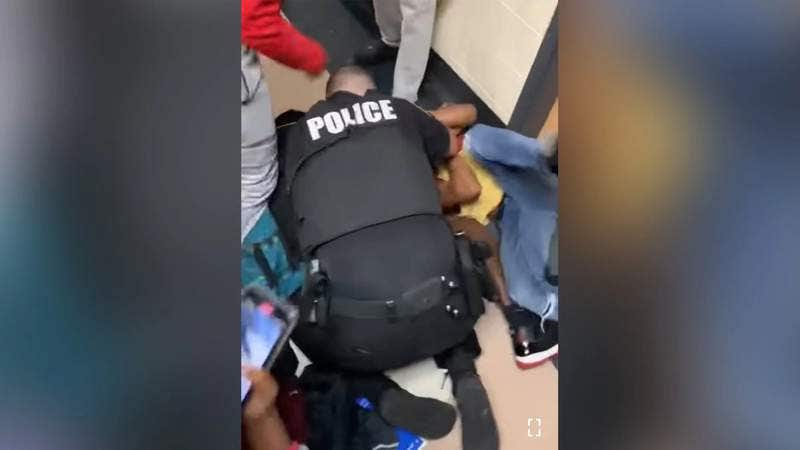 “This officer conducted himself bravely, selflessly, and without regard for his own well-being,” said Chesterfield County Police Chief Jeffrey S. Katz of the resource officer on Facebook. “That’s how our people are expected to perform and with rare exception, that’s how we conduct business.”

A video shows officer Anthony Bowen shielding a student from a horde attempting to attack him. The officer absorbed several blows during the incident, which drew a heavy police response due to rumors that weapons were being used, according to NBC 12.

Officers who arrived at the scene confirmed that no weapons were used in the altercations.

The video that circulated on social media also shows school resource officers getting hit as students brawled in a hallway.