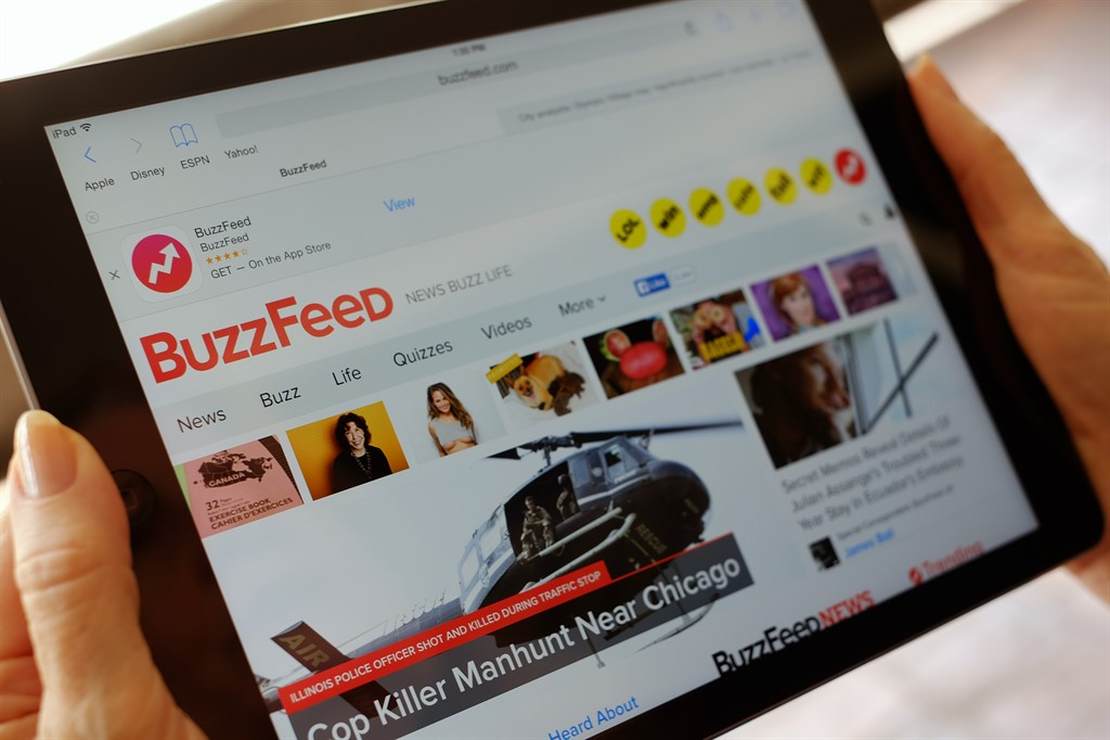 Things are not going well over at Buzzfeed. Yesterday the site’s editor-in-chief and two other editors quit.

BuzzFeed News editor-in-chief Mark Schoofs is stepping down, along with at least two other top editors, as the digital media company said it will be cutting jobs across the board.

“After almost two rollicking and deeply fulfilling years as editor-in-chief, I’ve decided that it’s the right time to move on,” Schoofs wrote in an internal memo to staff Tuesday.

Maybe they quit on their own but it’s likely if they hadn’t they would have been fired because Buzzfeed’s earnings were well below projections: “In 2021, the company posted $398 million in revenue — up 24% year-over-year but 31% below the $520 million it previously projected.”

In light of the numbers, CEO Jonah Peretti announced the company “will need to get smaller,” but CNBC reports some large shareholders have encouraged Peretti to simply shut down the newsroom.

Several large shareholders have urged BuzzFeed founder and CEO Jonah Peretti to shut down the entire news operation, said the people, who asked not to be named because the discussions were private. BuzzFeed declined to comment…

BuzzFeed News, which is part of its content division, has about 100 employees and loses roughly $10 million a year, two of the people said. The company, which also has advertising and commerce divisions, said Tuesday its full-year content revenue grew 9% in 2021 to $130 million.

The company has offered voluntary buyouts to fewer than 30 employees, according to a person familiar with the matter, who asked not to be named because the decision is private. The buyout is only available to reporters and editors who cover investigations, inequality, politics or science and have worked for the company for more than a year.

I thought the whole concept of Buzzfeed was that the silly listicles would pay for the expensive news division. But if they’re losing $10 million a year on the news side, it would take a lot of listicles to make up for that. In any case, Peretti’s decision to announce plans to offer buyouts to nearly a third of the newsroom staff and then leave without taking questions has some reporters/union members riled up:

We’re in a newsroom-wide meeting right now and Jonah Peretti left just as the Q&A portion of the meeting started. https://t.co/SYel6UHkwV

I have worked at this company for nearly 7 years and I’ve never felt so disrespected than seeing my CEO log off without answering a single question about why he wants to gut my newsroom. https://t.co/oCxLEq1Szk

hey @peretti if you don’t have time to answer questions from your employees, don’t come to the meeting

And as you’d expect, none of this news is going over well with Buzzfeed’s union, which put out a statement yesterday saying no layoffs could happen without a contract:

Management cannot conduct layoffs or buyouts unless (i) they are part of a complete collective bargaining agreement (read: us having a ratified union contract with a Reductions in Force provision… you know, that thing we’ve been working on for 2+ years!) or (ii) there is a financial exigency (more on this below)…

in both Brews and our meeting with management’s bargaining committee this afternoon, management confirmed that this is not a financial exigency. So, if there are going to be buyouts, they will have to be negotiated as part of our full collective bargaining agreement.

This morning the union announced it was filing an unfair labor practices complaint with the NLRB:

Management wants to reduce our size through voluntary buyouts across 4 of our desks. But this news is a proposal, not a mandate.

If there are going to be buyouts, they will have to be negotiated and anything we accept will be a part of a strong complete union contract.

On top of resignations and possible buyouts, there’s another problem hanging over Buzzfeed at this moment. Last week the NY Times reported Buzzfeed is being sued by a group of employees who claim they were shorted when the company went public last year.

Nearly 80 former and current employees of BuzzFeed accused the company in complaints on Tuesday of bungling its stock market debut and denying the workers the chance to sell their shares at a higher price.

In two claims, made to the American Arbitration Association, which resolves disputes out of court, the employees said the company had failed to properly instruct them on how to trade their shares immediately after the initial public offering in December.

The groups are asking for compensatory damages estimated at more than $8.7 million, according to the claims, which were viewed by The New York Times…

BuzzFeed, a news and entertainment publisher, began trading on Dec. 6. The company’s stock price fell sharply in the days after it went public, and employees say they were not able to sell their shares until the price had dropped nearly 60 percent, to less than $5.

Buzzfeed’s stock dropped as low as $3.73 in late January but was back up above $5 this week.