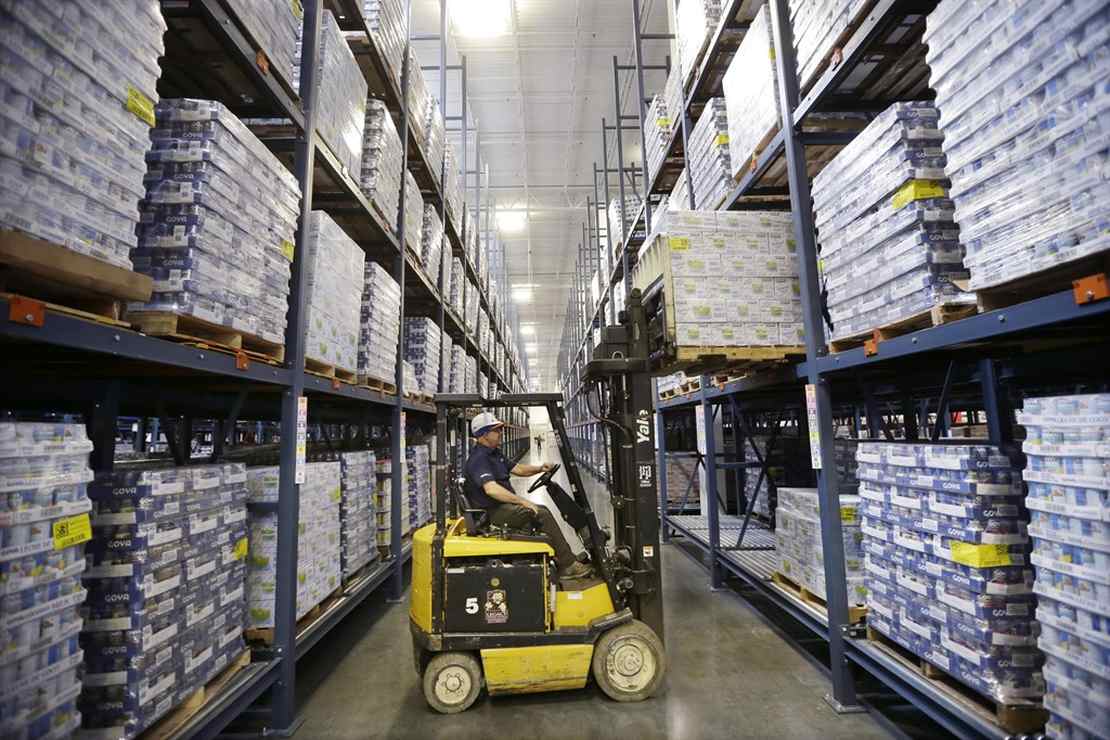 American CEOs are rising to the occasion and pledging to send humanitarian support to Ukrainians as they fight against Putin’s invasion into their country. Two CEOs are speaking out about what they are doing to help in response to pleas for aid.

Goya Europa, the European arm of Goya Foods Inc., will distribute hundreds of thousands of pounds of food to Ukrainians. Goya’s European facilities and distributors are positioned to quickly mobilize and provide humanitarian aid to Ukraine and Poland. Poland is taking in thousands of Ukrainian refugees.

“Through our Goya Gives global initiative, Goya has always been at the forefront of disaster and humanitarian relief efforts, however, this is a historic attack and genocide on innocent civilians and we cannot sit back and do nothing,” said Bob Unanue, President and CEO of Goya Foods | Goya Europa. “We are blessed to have a presence nearby and we are fortunate to be able to answer the call for help. We send our prayers and love to the people of Ukraine and all those who are on the ground putting their own lives at risk to help those in need.”

“Goya Europa’s strategic location allows us to react with immediate assistance. We have already begun handling the logistics of sending the food through our distribution partners in Poland and Ukraine,” said William Unanue, General Manager of Goya Europa.

On Fox & Friends his morning, Unanue said, “Elections have consequences.” He noted the unraveling around the world over the course of the past year and voiced concern about the fact that between Ukraine and Russia, they control 26% of the world’s wheat crops. They also produce corn and sunflowers for sunflower oil. Ukrainian ports have been attacked by Russian forces and the ports are closed. Unanue says we may see a food crisis around the world. He spoke of America’s abandonment of women and children in Afghanistan. While speaking of Russian children being sent into battle, he said that volunteer organizations are rescuing children in Ukraine. He spoke about valuing life. Providing food for Ukrainians as their shelves continue to go bare is one way his company can help.

NASCAR Hall of Fame owner Richard Childress is donating 1 million rounds of ammunition to Ukraine. He sits on the board of Ammo, Inc. and convinced chairman Fred Wagenhals to make the donation after hearing President Zelensky ask for ammunition as he told the world he would not leave Ukraine, he would stay and not leave his country. It’s not clear yet exactly how the ammunition will get there but he’s working on it.

“I said, ‘Fred, we got to help these people. They need ammunition,’” Childress said on Fox News on Wednesday morning. “He stepped right up … Now we’re turning our production to this as our No. 1 priority.”

Childress said he isn’t yet sure how or when they will deliver the ammunition to Ukraine.

“To see the people in Ukraine fighting, it’s terrible to see the lives that are being lost over there,” he said. “We have to do all we can, and I felt with Ammo Inc. and myself, we were doing the right thing. We’re going to get the ammunition to them as quick as we can.”

Other members of the world of sports are acting to show their support of Ukraine and isolate Russian participate in sports.

The International Skating Union banned all Russian and Belarusian athletes from international events until further notice on Tuesday, and Russian oligarch Roman Abramovich announced that he is going to sell Chelsea and donate proceeds from the sale to help those in need in Ukraine on Wednesday. FIFA has already levied sanctions against Russia and banned it from the 2022 World Cup, and the EA Sports video game “FIFA 22” has removed all Russian clubs from play.

The NHL also suspended relationships with all Russian partners, Formula 1’s Russian Grand Prix was canceled and Russian president Vladimir Putin was stripped of his honorary presidency by the International Judo Federation.

The latest to offer help is Amazon. It is using its logistics capability and cybersecurity expertise to help Ukrainians.

“Amazon stands with the people of Ukraine, and will continue to help,” Jassy said, following Russia’s invasion that Moscow has called a “special operation.” Amazon, which earlier this week pledged to donate up to $10 million for humanitarian efforts, is the latest company to mobilize in offering aid.

(2/2) We’re supporting humanitarian relief NGOs on the ground with cash donations from Amazon and our employees, logistics to get supplies to people needing them, and cyber security assistance to companies and governments.

Uber is offering unlimited free rides to some Polish cities from the Ukrainian border. Uber also offers its riders an app to make donations to the International Rescue Committee.

Putin has worked hard to divide free people during his years in power. However, it is clear that his efforts have backfired and countries around the world are uniting to help Ukrainians. Putin underestimated the determination of Ukrainians and their patriotism. Zelensky’s success in uniting Ukrainians and the world cannot be understated. He has risen to the occasion, as have the Ukrainian people.