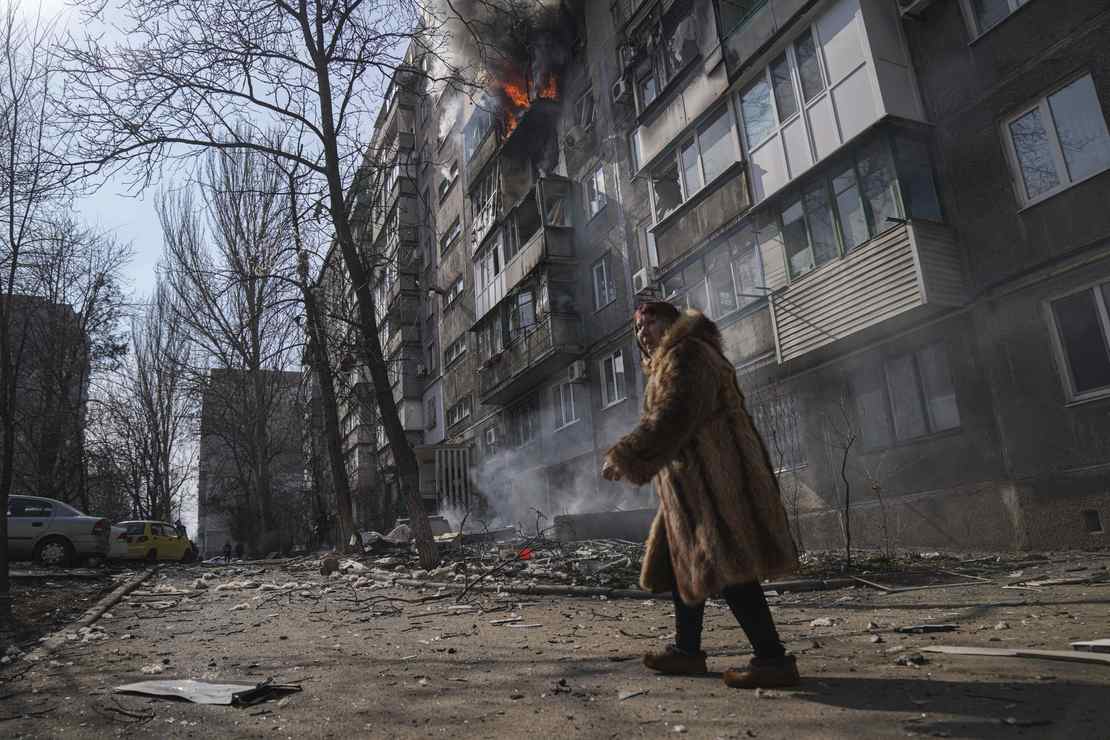 After Ukrainian leaders in the city made this claim, the U.S. ambassador to the UN condemned it — if it was true, as it seemed hard to believe. “I can’t confirm it,” Linda Thomas-Greenfield told CNN yesterday. “But I can say it is disturbing. It is unconscionable for Russia to force Ukrainian citizens into Russia and put them in what will basically be concentration and prisoner camps.”

Sounds to me like it’s now confirmed, and happening on a far larger scale than thought.

Russian state news wire TASS reports that over 62,000 people from Mariupol have been evacuated—to Russia. https://t.co/chfpkqAiYS

“Evacuated” is war-speak for “forcibly deported” or, as we normies like to say, “kidnapped” or “abducted.” “What the occupiers are doing today is familiar to the older generation, who saw the horrific events of World War II, when the Nazis forcibly captured people,” the mayor of Mariupol told the press this weekend. One of his assistants claimed that 4,500 residents had been forcibly moved to the Russian city of Taganrog. Per TASS, the total number is evidently far more than that. More from the NYT:

Thousands of people had been sheltering in TerraSport, an arena and fitness complex in Mariupol’s city center amid incessant bombardment by Russian forces, Mr. Andryuschenko said. He believed that many of the people inside were being taken to Russia.

Other Mariupol residents said they had heard from friends and neighbors who relayed having been taken across the border without their consent. Eduard Zarubin, a doctor who left the city on Wednesday, said he had been in touch with three families who had been forcibly taken to Taganrog by Russian soldiers.

“Now the Russians are walking through the basements, and if there are people left there, they forcibly take them to Taganrog,” Mr. Zarubin, 50, said.

One witness whose family was sheltering inside the sports hall told WaPo that some people were allowed to leave Mariupol but “were guided onto roads into Russian-held territory in Ukraine.” At Mariupol’s train station, residents fleeing west had to pass through Russian checkpoints at which it was “suggested” to them that “it would be better to go to the Russian-occupied city of Melitopol or the Russian-annexed Crimean Peninsula instead.”

Most abductees don’t have their passports so there’s no obvious way for them to get back to Ukraine later.

Ukraine’s human rights spokesman claims abductees are first being taken to “filtration camps,” then processed and sent along to Taganrog or further-flung Russian territories after being “issued papers that require them to be in a certain city. They have no right to leave it for at least two years with the obligation to work at the specified place of work.” Forced labor, in other words. Which, if true, would mean Russia’s war of conquest now also entails slavery.

What happens at a filtration camp? The Financial Times:

Potential evacuees are first questioned by Russian officials, who “test them to see if they are trustworthy”, said Romanenko. “They check their social media feeds for anything anti-Russian.”

She said Russian forces sent a friend of hers from the Livoberezhnyi district to Novoazovsk, a small town to the east of Mariupol that is controlled by pro-Russian separatists. “They interrogated him, took away his Ukrainian passport and sent him to Rostov, across the border in Russia,” she said. She hasn’t heard from him since.

Sounds like a massive, systematic human trafficking operation. One shudders at the sort of “work” young women ensnared in it will be forced to do.

Strategically, it’s idiotic. Russia has spent weeks trying to break the resolve of residents inside Mariupol in order to complete their “land bridge” from Crimea to the Donbas. Many locals are desperate to leave and would doubtless do so — if the destination is western Ukraine. If it’s captivity in Russia, they might as well stay and risk death by fighting. And so the resistance goes on, causing more Russian casualties and requiring more scarce military resources to subdue the city.

But this is what “Plan B” for Russia means, right? It’s a full-spectrum terror campaign now. Moscow has concluded that it can’t beat the Ukrainians on the battlefield, so if it’s going to salvage anything from Putin’s adventure, its only play is to keep raising the price of war for Ukraine until the population cries uncle. Mass kidnappings are another way to jack up the price.

Here’s a short interview with a woman who escaped Mariupol two weeks ago. She’s heard about the kidnappings too.

‘I know they are being deported violently and they take passports.’

Diana Berg responds to the reports that Mariupol residents are being deported to Russia.

She tells @susannareid100 and @MartinSLewis about what she knows and has heard so far. pic.twitter.com/FVdBU9gt0s