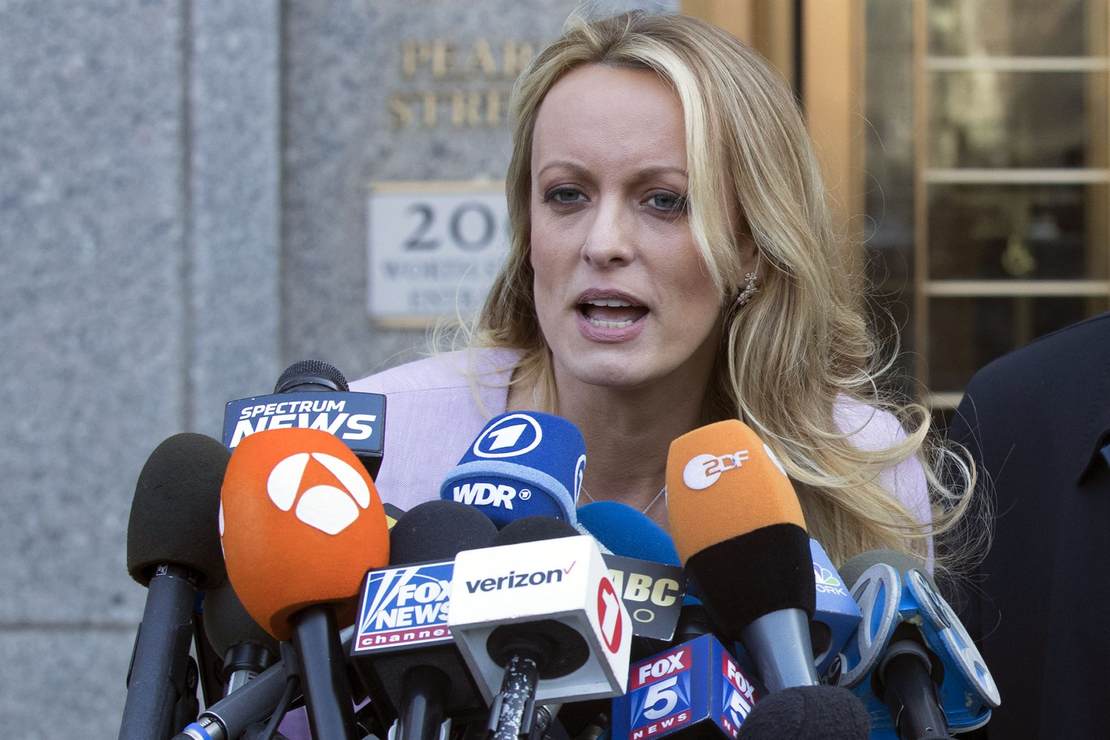 Have fun storming the castle, so to speak. Long-memoried readers will recall that Stormy Daniels and her then-attorney not only lost a defamation case against Donald Trump in 2018 for suggesting she faked a threat against her, but then got hit with anti-SLAPP sanctions. The judge in the case ruled that Daniels had to cover Trump’s attorney’s fees, a bill that came to $293,000.

Daniels vowed to appeal the decision at the time. Late Friday, the Ninth Circuit threw out the appeal on a technicality, prompting Trump to declare victory:

In its decision Friday, the U.S. Circuit Court of Appeals for the 9th Circuit said it had no jurisdiction over Daniels’ appeal of the attorneys’ fees issue because she failed to file a notice of appeal within a 30-day deadline of a federal judge granting the fees to Trump.

The appeals court also said that the same judge had properly included another $1,000 in sanctions against Daniels in the same judgment that awarded Trump attorneys’ fees.

The amount Daniels owes Trump in the case is about the same amount she was swindled out of by Michael Avenatti, her former lawyer.

As the Ninth Circuit noted in its otherwise terse opinion, Daniels didn’t just barely miss the deadline. She missed it by well over a year:

Daniels and Avenatti would have needed to file the appeal by late January 2019 to hit the deadline, but to be fair, in that same period of time Michael Avenatti was too busy defrauding his client and engaging in a quasi-extortion scheme against Nike. Within four months of the original defeat in this case, Daniels dumped him as her attorney, his former partner went public with allegations of bankruptcy fraud, federal prosecutors in New York charged him in the Nike scheme, and federal prosecutors in California charged him with a raft of other charges, including embezzlement, tax evasion, and so on. In May 2019, he also got charged with crimes related to identity theft in his fraud against Daniels herself, and the next month got sued by a former client who alleged that Avenatti had drained a $4 million settlement fund.

The ruling didn’t touch on the merits of the original case, but that didn’t keep Trump from claiming vindication in a press release:

The 9th Circuit just issued a final ruling in the Stephanie Clifford (aka Stormy Daniels) frivolous lawsuit case against me brought by her disgraced lawyer, Michael Avenatti, upholding the lower court ruling that she owes me nearly $300,000 in attorney fees, costs, and sanctions (not including appeal costs). As I have stated many times throughout the years, I never had an affair with Stormy Daniels, nor would I ever have wanted to. The ruling was a total and complete victory and vindication for, and of me.

The lawsuit was a purely political stunt that never should have been started, or allowed to happen, and I am pleased that my lawyers were able to bring it to a successful conclusion after the court fully rejected her appeal. Now all I have to do is wait for all of the money she owes me.

Worth noting: this particular case didn’t have anything to do with an alleged sexual affair. As mentioned above, the 9th Circuit never bothered to get to the merits of the appeal, either. Thus, it’s well short of “a total and complete victory and vindication for and of” Trump, but his claims about Daniels’ suit being a “stunt” and “frivolous” are backed up by the original court ruling.

As for waiting for the money from Daniels, well …

Daniels, 43, whose real name is Stephanie Clifford, tweeted Monday she won’t honor Friday’s federal appeals court ruling that likely ends the legal feud between her and Trump stemming from an alleged sexual encounter between the two in 2006.

“I will go to jail before I pay a penny,” the adult film star pledged.

Daniels won’t go to prison, but she will suffer other consequences from a refusal. First, Trump can go back to court to ask for interest payments on the debt, which will make it even more expensive when Daniels eventually has to comply with the court order. Also, Trump has the resources to go after Daniels’ assets and income streams with court-ordered liens and garnishments, which would force Daniels to pay a lot more than a penny. Most litigants don’t have those kinds of resources or the energy to pursue those measures, but Trump is famously vindictive enough to lose money to wreak his revenge, in the short run and maybe even in the long run. In the meantime, with her assets and income streams tied up, Daniels will have a lot of headaches in attempting to support herself. Bankruptcy might allow an escape of sorts, but Trump will likely end up getting part of any assets that get liquidated in such a venture.

Daniels could still appeal this to the Supreme Court. But at this point, that’s just another form of storming the same castle. Her original lawsuit was ludicrous, and continually doubling down on it is going to cost her more and more. Time to start talking settlement, if Trump’s even willing to entertain the idea.