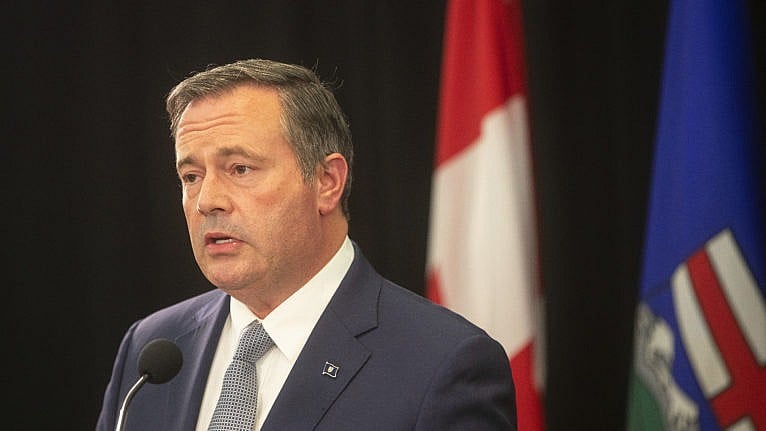 Politics Insider for Sept. 22, 2021: The health minister is out in Alberta; questions about Trudeau and O’Toole; the new kids on Parliament Hill

Jason Kenney moved Tyler Shandro from the health portfolio on Tuesday amid a worsening COVID-19 crisis, but Kenney didn’t fire him, the Western Standard reports.

Kenney denied the shuffle was done to appease critics in the UCP caucus clamouring for action. “We are focused on getting through the fourth wave of COVID-19, not politics,” said Kenney.

Municipal Affairs Minister Ric McIver formally requested aid and an immediate meeting with federal Public Safety Minister Bill Blair in a Tuesday letter. He asked for the federal government to provide aero-medical evacuation capability to relocate patients out of Alberta, and intensive care unit (ICU) registered nurses and respiratory therapists to assist in Alberta’s critical care response. “Federal assistance in these two areas has the potential to create significant relief to the health-care system,” McIver wrote. Alberta’s ICU capacity is currently at 88 per cent, but without added surge beds—which health-care workers have said are not adequately staffed—the province would be at 170 per cent of its baseline capacity.

Resign: Also in the Kenney file, a senior UCP official has called for his resignation before the equalization referendum, CTV reports.

O’Toole, Trudeau in trouble: Depending on who you read, there was commentary on Tuesday saying both the Prime Minister and the leader of the opposition face difficulties as a result of Monday’s deja vu election, which seemed to give us an outcome very much like the last one.

Disappointed: Erin O’Toole spoke to reporters in Ottawa, promising that the party will review the loss, the Canadian Press reports.

“We’ve started a process that will involve all parts of the party to make sure we learn those lessons to win the trust next time,” he said at his party’s broadcast studio in downtown Ottawa, where he struck a less spirited tone than during his speech after the results came in. “I’m very, very proud of the gains we made, but we didn’t get far enough. We will next time.”

He pointed to pickups in Atlantic Canada and Quebec, and to 30 ridings where the party came within 2,000 votes of the winner. He played down the possibility of internal challenges.

Staying at the helm could prove a challenge for the current Conservative leader after he took risks with his base by moving the party more into the political centre for the chance to pick up seats in Ontario, which didn’t materialize.

Knives out? In the Globe, Gary Mason writes that O’Toole should brace for the impact of internal challenges from those alienated by his lurch for the centre.

It did not sit well with many in the base, especially social conservatives who did not like Mr. O’Toole’s enthusiastic embrace of everything LGBTQ and his unequivocal pro-choice position on abortion. In fact, not long after he left the stage after conceding defeat, the Campaign Life Coalition issued a news release saying it was disappointed but not surprised by the election result. “The Conservatives would’ve done much better if O’Toole had not alienated the party’s socially conservative base with his shameless support for abortion, LGBT ideology, oppressive lockdowns and liberty-destroying vaccine passports,” the news release stated. And that pretty much sums up the problems many inside the party have with the direction Mr. O’Toole has taken the Conservatives.

Ticking clock: There are no indications that Trudeau will face immediate challenges, but Reuters quotes insiders who think the clock has started ticking.

Four senior Liberals said there was no sign of a coordinated move to oust Trudeau, who has imposed tight control over a party known for previous bouts of infighting. But coming up short of his goal in his third election cast immediate doubts on the future of his leadership and could spur him to leave of his own accord. No prime minister for more than 100 years has won four consecutive elections.

“This is his party at this point, we are his party,” said a Liberal who helped run the campaign and requested anonymity given the sensitivity of the situation. “I’m not sure if I were him I’d want to run again … you don’t really want to wear out your welcome to such an extent that your successor gets trashed in the next election.”

If the election proved anything amid the pointlessness of it all, it’s that Trudeau is a personal liability to his party who will bring rising tension to a fractured Parliament where three terms of rancour will fester anew among the same old, same old faces. Complicating his ability to constructive governance is how his campaign strained national unity with attacks on premiers, stoked fear and loathing of those choosing not to vaccinate or rebelling against lockdowns and whipped up antagonism against those who hesitate to embrace his progressive policies. So a snowy walk toward retirement in late 2022 or early 2023 is in play, even though he clearly wanted to cap his career with a majority win before heading off to pocket millions of consulting or speaking dollars in the private sector.

Chantal Hebert, writing in the Star, shares the view that this was likely Trudeau’s last election.

But in the normal course of events, few expect him to lead the party into a risky fourth campaign. It won’t happen tomorrow, but many believe he will decide to leave the stage at some point down the road in his third term. Between now and then, the stars remain favourably aligned to advance the Liberal agenda. The configuration of the opposition majority in the new Parliament again allows the Liberals to look for support from a variety of partners across the aisle. More importantly, an ongoing turn in the federal-provincial tide stands to strengthen Trudeau’s hand. Canada is about to enter a major provincial electoral cycle.

NDP, Bloc desires: Speaking of the Parliament ahead, nobody is in the mood for an election, but there will still have to be accommodations made to get things done. The Bloc and NDP have things they want, the Globe reports.

Prime Minister Justin Trudeau’s re-elected minority government will face calls from the NDP for new taxes on the “ultra-rich” and calls from the Bloc Québécois for billions in new spending on health and seniors, after Canadian voters denied the Liberals the free rein of a majority mandate.

800,000 votes: Pam Palmater, writing in Maclean’s, warns that politicians should be mindful that a dangerous party got 800,000 votes in this election.

The PPC platform contained just the right combination of commitments to speak to those with far-right ideologies, anti-Indigenous views, pandemic gripes and pro-gun attitudes, including their promises to maximize freedom of expression (allow more hate speech); cut funding to universities if they silence those espousing hateful views; cut funding for CBC; cut funding for foreign aid; and lower the number of immigrants and stop the flow of refugees into Canada.

Failure to quarantine: Speaking of Maxime Bernier, he had a court date in Manitoba on Tuesday, CTV reports.

New kids: The Hill Times has a useful rundown of the 44 new faces headed to Parliament Hill.

Long lines: Elections Canada is sorry that lines were so long some people gave up on voting, CTV reports. The agency is often blamed for things that it has no control over, and that may be the case this time.

[A spokesman] stressed the agency didn’t have a choice in whether to run the election during the pandemic. This year, there were significantly fewer overall voting sites in many ridings across the country, due to COVID-19 restrictions which prevented many schools, churches, or other buildings from being eligible locations.

“We had all of the criteria that was placed on us where we had no choice about choosing certain sites,” Grenier said in a phone interview. He explained that despite ridings having fewer voting sites, there were more booths inside them, which meant the total number of voting booths overall was similar to past years.