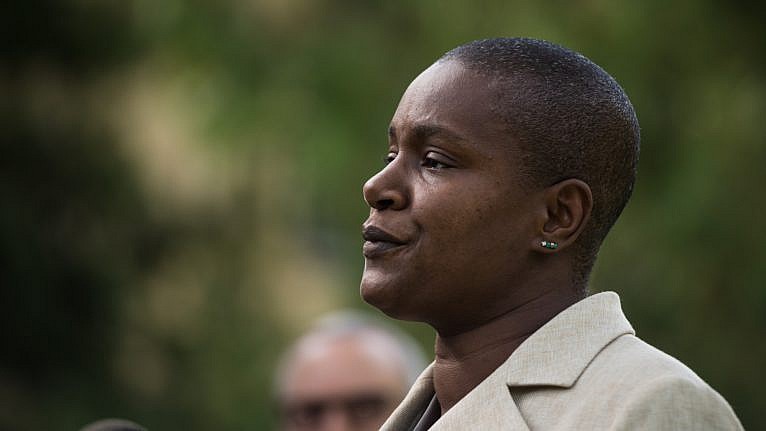 Politics Insider for Sept. 28, 2021: Paul calls it quits as Green Party leader; there are sharper knives out earlier for Erin O’Toole; and a 62 per cent voter turnout during this election

Annamie Paul stepped down as Green party leader on Monday rather than face a leadership review launched by party officials she’s been struggling with for months, CTV reports.

“I just asked myself whether this is something that I wanted to continue—whether I was willing to continue to put up with the attacks I knew would be coming, whether to continue to have to fight and struggle just to fulfil my democratically elected role as leader of this party. I just don’t have the heart for it.”

Paul’s EA told CTV that former leader Elizabeth May could have done more to support Paul.

Speaking about her motivation, Paul said:

“What people need to realize is that when I was elected, I was breaking a glass ceiling. What I didn’t realize at the time is that I was breaking a glass ceiling that was going to fall on my head and leave a lot of shards of glass that I was going to have to crawl over throughout my time as a leader, and when I arrived at [the leaders’ debate during the campaign], I had crawled over that glass, I was spitting up blood but I was determined to be there.”

It has been a tough year for Paul, the Star reminds us. Columnist Susan Delacourt writes that Justin Trudeau should invite her to join the Canadian delegation for the UN climate summit in Glasgow next month.

‘Sharper knives out earlier:’ Paul is not the only leader with problems. Tory insiders tell The Hill Times that the knives are out for Erin O’Toole.

“There seem to be sharper knives out earlier to Erin [O’Toole] than I remember seeing with Andrew [Scheer],” said one Conservative MP, who spoke to The Hill Times on not-for-attribution basis to offer their opinion candidly. “There’s a half of the caucus that is in a wait-and-see mode: they’re going to wait and see what the rest of them are [thinking], waiting to see how much appetite we have [for change in leadership], wait and see who else is on the horizon? Because, like I said, if it’s not him, then who?”

Lost Chinese votes: A CPC MP who lost his seat tells the Canadian Press that the party could have done a better job speaking directly to Chinese Canadians. Kenny Chiu was one of several MPs in ridings with significant concentration of Chinese voters to have lost, raising questions about the messaging on China.

Chiu points to online WeChat posts he says contained false information about the Conservatives and allegations a private member’s bill he tabled would discriminate against Chinese Canadians. “Hindsight is always 20/20. I think there could be more proactive communication directly addressing Canadians of Chinese descent that we could have done,” Chiu said in an interview.

Rural Tories: In the Globe, John Ibbitson columnizes on the Conservatives’ failure to hold ground in the suburbs, which has made them a more rural party.

The urbanization of the Liberal Party and ruralization of the Conservative Party has been steadily increasing since the 1960s, as authors Jack Lucas of the University of Calgary and Dave Armstrong and Zack Taylor of the University of Western Ontario point out in a new research paper. “Canadians are currently experiencing the most profound urban-rural divide in support for the major political parties in the country’s history,” the authors conclude. The Liberals win elections even when they lose the popular vote by profiting from suburban vote splits, while Conservatives rack up massive majorities in rural seats.

Brad Wall writes in the National Post that the Tories should stick with O’Toole.

Victorious Liberals: Also in the Post, Ryan Tumilty and Christopher Nardi have a good read on how the campaign looked to the Liberals. MPs ultimately came to think it was a mistake to call the election when they did, but most of them thought it was a good idea at the time. They were hugely relieved when Trudeau managed to pressure O’Toole on guns in the TVA debate, which led to days of shifting messages from the Conservative leader.

The Conservative momentum largely stalled under those attacks, working better than the Liberal imagined. “We wanted to put the contrast there. We just didn’t think it would take six days for him to get to his position,” said one source.

Liberals blamed the English debate for stalling their momentum in Quebec and preventing them from winning a majority.

At a debate viewing party in Montreal hosted by Liberal minister Steven Guilbeault, candidates, staffers and volunteers gasped when they heard the question. A single, f*** was heard around the room. “Because of the English debate’s stupid question and Quebec bashing, we lost eight points during that [final] week,” one source said.

Good turnout: Sixty-two per cent of eligible voters—almost 17 million Canadians—cast ballots this time, down slightly from 67 per cent in 2019 and, the Canadian Press reports. A record number of Canadians—about 850,000—voted by mail.

Cashing out: Defeated MPs could get $3.3 million in severance, the Canadian Taxpayers Federation tells the Canadian Press. MPs qualify for a severance cheque worth half their salary, about $92,900 for most.

Alberta ICUs struggling: The Alberta Medical Association is calling for a “fire-breaker” set of public health measures in order to get the fourth wave of the COVID-19 pandemic under control, the Calgary Herald reports. Kenney rejected that idea on Sunday.

Biden takes credit: After the moment of bliss comes the political credit seeking. The White House has played down a link between the release of Michael Spavor and Michael Kovrig and the U.S. Department of Justice abandonment of its extradition of Meng Wanzhou, and pointed instead to a Biden phone call, the Canadian Press reports.