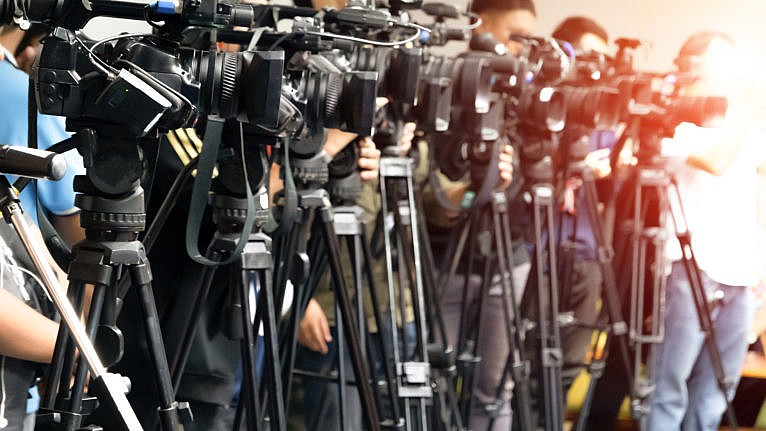 SATIRE: Reimagining the Conservative leader’s recent press conference—and the dogged effort to get him to utter two simple words

O’Toole stares into the camera, steeled to push ahead. Jason Kenney won’t take this day away from him. No. The words “Alberta” and “Jason” and “Kenney” will not come out of his mouth. Not today. Not when he’s this close to securing the future. Nothing will stop him now.

This is roughly how the press conference ensues:

Reporter: Any response to Jason Kenney’s announcement and how he’s done with the pandemic?

O’Toole: Justin Trudeau did a very bad job with the pandemic.

Reporter: Sure, so, in contrast, you said the other day that Kenney had done a very good job. But even Kenney now disagrees with that. Do you stand by your statement?

Reporter: But what you said the other day…

O’Toole: My answer is clear. I’d stand by Canadians. Trudeau is bad. Provinces are good. New Brunswick, by the way, is a province.

O’Toole: I’ll tell you who didn’t handle it well. And that’s Trudeau. He handled it badly.

Reporter: Did Kenney handle it badly?

O’Toole: I’ll tell you one thing. Trudeau is spending $600 million on an election.

O’Toole: I would respect, and work with, every single province. Such as New Brunswick. New Brunswick is the province I am in today.

Reporter: Alberta and the Delta variant—thoughts?

Reporter: …Okay, what would you have done differently to keep the Delta variant out of the country?

O’Toole: I’d have stopped the flights. And guess what. I’d have worked with the provinces.

Reporter: But back to Jason Kenney…

O’Toole: Trudeau won’t work with every single province like I will. I’ll be a wingman for every single one. A wingman, that’s me. Did I mention I was in the air force?

O’Toole: Did I mention the $600 million? So many taxpayer dollars—600 million of them! You could, you know, work with the provinces using that kind of money! Provinces like New Brunswick!

O’Toole: Here’s one thing you can take right to the bank. I’ll work with the provinces. You can bet your hard-earned taxpayer money on that.