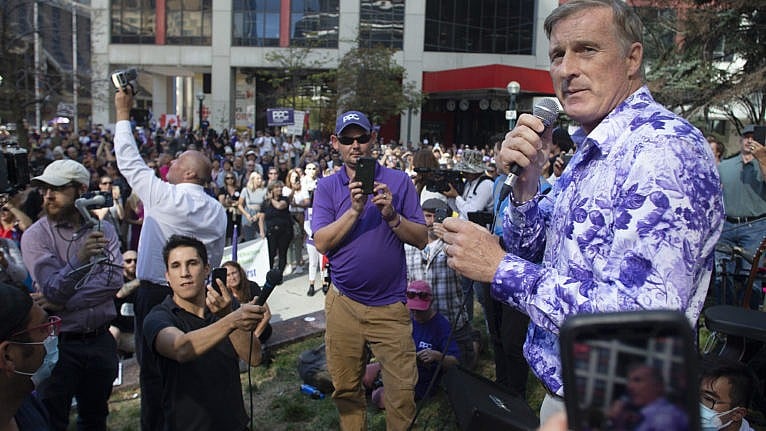 On June 5, 2017, a week after Andrew Scheer upset Maxime Bernier to become leader of the Conservative Party of Canada, I had an off-the-record interview with a senior Bernier organizer who was challenging the results.

The Globe and Mail had just reported that 133,896 voters cast 141,362 ballots, which meant that there were 7,466 more ballots cast than people to cast them. The Bernier team believed that many people voted twice, once by mail and once at their local ballot location.

“It is so goddamn easy to double vote in this,” the organizer said. “In fact, if you are in some of these ridings, you could likely triple vote. You could mail your ballot in, go to your riding … and then go to the convention.”

To make matters worse, as soon as the ballots were counted, they were destroyed. The party said the results had been certified by an accounting firm, but they hadn’t.

“There were a lot more ballots in that box than there were supposed to be,” Max’s guy told me. “The party’s explanation is that there were thousands of innocent mistakes made by volunteers across the country. That’s sort of like saying we flipped the coin and it landed on its edge.”

Bernier’s team was frustrated by the intransigence of the party staffers counting the votes—who knew, by the way, that Bernier would fire them all and Scheer would not.

“What one can derive from all the comment, public and private, from the party, is they have no interest in doing anything but saying, ‘Everything was great. F–k off,’ ” the strategist explained.

I don’t know the truth of the matter, whether or not that was some scheme to let sketchy organizers stuff ballot boxes to keep Bernier from winning—and most senior Conservatives find the suggestion laughable—but I am reliably informed that Bernier believed it, and presumably still does.

Here’s the theory: The Harperites weren’t going to let the man from the Beauce take over their party, fire all of the people who built it and take it in some unknown libertarian direction. Much better for Scheer, a known quantity, to win, since he would leave everyone in their jobs, and keep control of the fund-raising machine.

Bernier was left with a choice. He had to either accept a result he doubted was fair, or look like a sore loser and contest it. Instead, he left and started his own party, which until recently was not a very successful enterprise.

It is starting to look like he will have his revenge on Monday, denying the Conservatives the votes they need to finally dispatch Justin Trudeau.

If the polls are right, the People’s Party will get a lot more votes than last time, mostly from people who voted for Scheer’s party in 2019, likely enough to allow the desperate Liberals to hang on.

You don’t need to read the polls, actually, to know what is happening. In the course of the last 10 days, as the LPC-CPC race got tighter, the Conservatives have been forced into the same kind of strategic-voting pitch that the Liberals always use at the end of a campaign. It started with a vaguely worded meme on a social-media surrogate account, and ends up with O’Toole making an explicit pitch to would-be PPC supporters, echoed by allied commentators.

The Liberals, who seem to have been caught off guard by their own election, spent the first part of the campaign watching O’Toole pick up momentum. Then they held a series of rallies where PPC protesters were able to get close to Trudeau, close enough to throw gravel in one case. This helped polarize the election with the PPC, similar to what happens sometimes in Quebec, where an emotional dispute can help the Bloc and the Liberals and squeeze out rivals.

That, and some backpedaling from O’Toole on guns and the carbon tax, put gas in the tank of both the Liberals and the PPC—sort of a Batman-Joker dynamic—which now has Liberals on the ground in the GTA breathing a sigh of relief as they observe purple signs going up in suburban ridings they cannot afford to give up to the Tories.

Mad Max has been able to ride the wave of conflict, harvesting the support of people who are alienated by Trudeau’s tough talk on vaccine mandates. After many months in the wilderness, posting selfies with whomever would come out to see him, suddenly Bernier is speaking to big crowds of unmasked yahoos and raising piles of money. If it wasn’t for the toxic quality of his message—his toleration of anti-vax conspiracy theories and his obvious comfort with white-supremacist supporters—the spectacle would offer the straightforward pleasure of a revenge drama. After years of patient scheming, he is finally able to serve a cold dish of revenge to the party that denied him his due.

But the denouement leaves me cold, because whatever the dramatic value, it is disturbing to  watch Bernier court the votes of racist haters and deluded souls who research vaccine efficacy on YouTube. Even if he fails to win a single seat on Monday, this election has allowed him to grow his party, raise money and increase his profile, creating more space in our political ecosystem for corrosive messages.

It doesn’t look, at least, that he will end up with MPs in the House. Bernier appears to be keener on doing in the Conservatives than winning seats. Instead of knocking on doors in his former riding in Quebec, he spent the last weekend of the campaign in Alberta, where a rising PPC vote could allow the Liberals and the NDP to pick up Tory seats in Calgary and Edmonton.

Until now, the populist tide that has swept the world has had little effect in Canada. So far it is more of a ripple — a disturbance below the surface — and it ought to fade with the pandemic, but it could be the start of something bad.

For this we can thank the Liberals, who called this unnecessary election and then, in desperation, polarized it around vaccines, praying that would allow Mad Max to take his revenge on the Conservatives, which is what I think we will see on Monday.

The pandemic makes the outcome of this election especially uncertain because it’s hard to guess who will actually get to the polls.

PPC voters, who appear highly motivated, will likely vote, but until they do we won’t know for sure.

Elections Canada shut down campus voting this time, which could cost the NDP votes in college towns. And both the Liberals and Conservatives are struggling to motivate their people. The Liberals called an unnecessary election during a pandemic, and even a lot of them don’t particularly want a majority, so Trudeau needs to scare them into voting, but it’s hard to know if that will work, because O’Toole isn’t as scary as his predecessors. On the other hand, Conservatives may struggle with motivation for the same reason—O’Toole has denied the right wing of his party the red meat they like.

And 1.2 million people have voted by mail, which averages out to 3,550 votes per riding. In the last election, 76 ridings were decided by margins smaller than that. Those votes won’t be counted on election night, might not be counted for days. A lot of those envelopes apparently  contain NDP and Green votes, but until they are opened, authenticated and counted, we won’t know who wins a bunch of close races, which might mean we won’t know the outcome until well into the week.