NBC News touted a report finding the United States has done a terrible job of evacuating Afghans who served the U.S. forces in Afghanistan and wanted to migrate. They tweeted this:

The United States has evacuated only about three percent of Afghans who worked for the U.S. government and applied for special visas, leaving behind an estimated 78,000, according to a new report.

The Afghans stuck in the Taliban-ruled country face increasingly desperate circumstances, the report by the nonprofit Association of Wartime Allies said.

“Their lives have been devastated by being left behind with seemingly no verifiable path to safety,” said the group, which helps Afghans who worked for the U.S. government during America’s 20-year-long war….

Although tens of thousands of Afghans were evacuated in the final chaotic days of the U.S. presence, only 3,000 were applicants in the special immigrant visa program, the report said.

But let’s ask: Did this story make it to the NBC News airwaves? We didn’t find it on the Nightly News or on Today over the last three days. We couldn’t find any sign of it on MSNBC, either.

This is another reason why President Biden didn’t want to mention Afghanistan in his State of the Union speech. 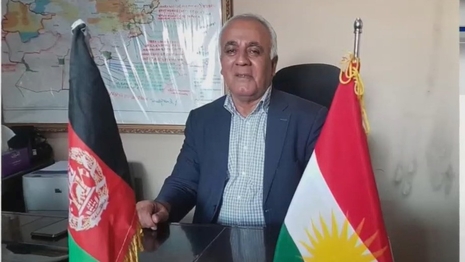 On February 10, Fox reporter Jennifer Griffin told the story of Saadi Khalidi, a Kurdish-Iranian dissident who had worked to protect Americans in the capital city of Kabul for 20 years. He had been on the run with his family since the U.S. military left Afghanistan in August. After months evading the Taliban, Khalidi received a special immigrant visa approval on February 4.

The only problem was he’d been assassinated two weeks earlier.