Progressives fully understand the power of using entertainment and sports to influence people’s minds and push their agendas. 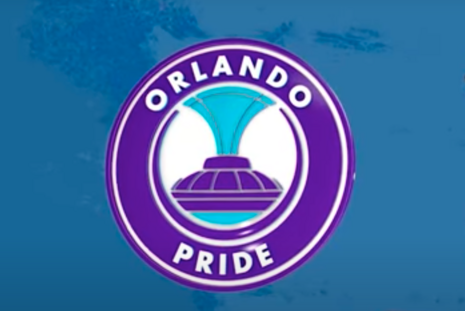 Look no further than Orlando Pride F.C. of the National Women’s Soccer League. The club recently apologized to the Black Swans — a supporter’s group for the team — for not allowing the group to display a banner that said “GAY” in the stadium during Sunday’s match against the Washington Spirit in the Challenge Cup. The team originally thought the sign was politically motivated and that it violated it’s game day sign policies, but apologized and claimed it didn’t see the bigger picture of the message.

Who in their right mind could suspect political intent behind a sign directly referencing controversial Florida legislation and the current hobbyhorse issue of the LGBT movement? Everybody. The Pride just momentarily forgot that it’s sign policy is meant only for Trumpers and other mouth-breathers.

See, the “bigger message” the Black Swans was trying to convey was its stance against Florida House Bill 1557, the anti-grooming bill that currently awaits approval from Florida Gov. Ron DeSantis. The Pride and Black Swans are both doing everything within their power to oppose the bill and support the LGTBQ+ agenda and its members, as evidenced in their statement after the event.

“It is a privilege and duty to create a safe, inclusive environment at Orlando Pride matches, and the Club deeply apologizes for violating that trust through this incorrect decision. Moving forward, the Black Swans have approval to hang the banner at Pride home matches if they wish to do so. Over its seven-year history, the Orlando Pride and its players have been on the forefront of supporting equality initiatives, both in the local Orlando community and through its online platforms, and it is critical to continue with this mission.”

Related: Normal People Work at Disney, Too – and They’re Starting to Speak

But what they mean by “safety” is a radical acceptance of an ideology that seeks to fundamentally change how we view basic human identity. And because this message is coming from a sports team that already has a loyal following, few will question it.

While it is appalling that a sports team has sold out this much for the LGTBQ+ agenda, they are far from the only entertainment entity that bows at the altar of this religion.

Major corporations like Disney+, Hulu, ESPN, Pixar, and the Disney Parks have all staged major walkouts to protest the bill. Support for this ideology is everywhere, and it has permeated movies, shows, sports and any other form of entertainment for all ages in an attempt to brainwash us into accepting it.

Anytime a sports team or an organization goes in this direction, we should no longer offer them our time or money. The more we continue to, the more we fuel their ability to push this agenda.