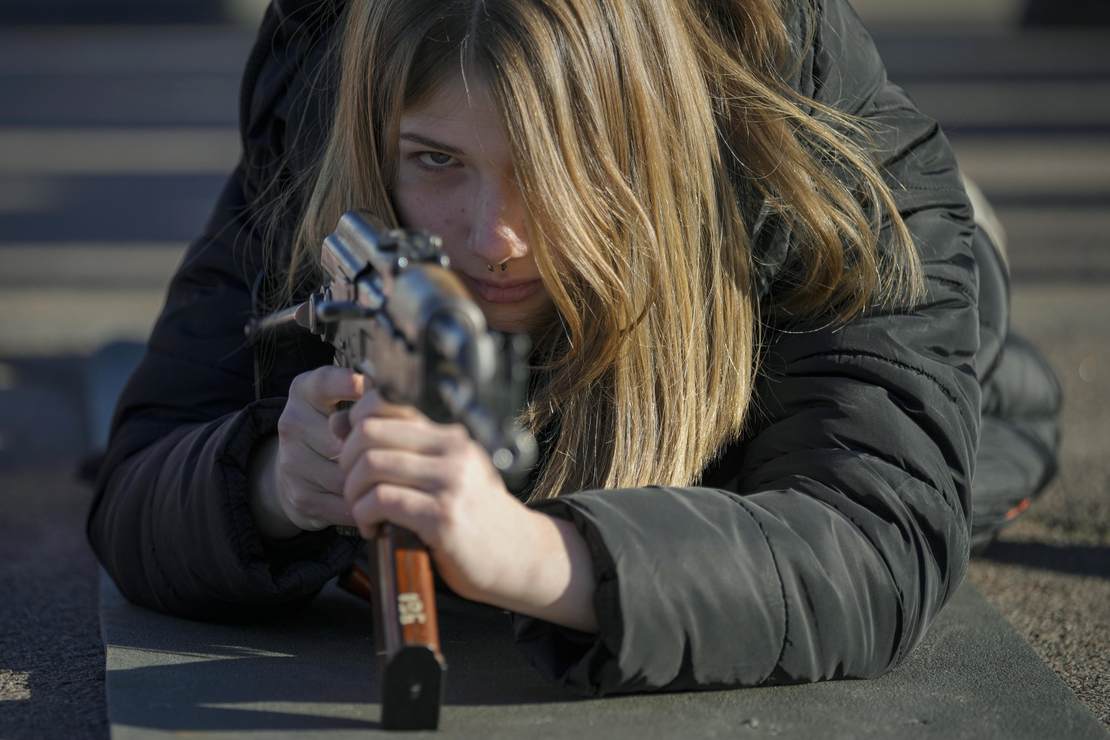 Two things can be true at the same time: Ukraine is being mauled by vicious invaders, and globalists are laying the foundation to leverage this crisis that they’ve been building up for months. The alacrity with which the establishment has thrown its full weight behind the plucky Ukrainian rebels is setting off all my alarm bells.

At our sister site, Townhall.com, Kurt Schlichter wrote, “I don’t know if the Ukrainians are winning or losing, but I know that a lot of people in the media want them to win. So do I, but simply because I would prefer they send the Russkies packing does not mean that I am blind to what is an obvious and effective propaganda campaign designed to keep the West in Ukraine’s corner. And it has worked, with a few sketchy, wacky exceptions. I am impressed by the information operation designed to get resonant stories out there, like the defiant guardians of Snake Island, the ‘Ghost of Kyiv,’ or that Ukrainian marine who was forced to blow himself up to take out the bridge. It’s like they were designed to appeal to us.”

He’s right. As I reported just a few days ago, the Snake Island guards who told the Russian warship to “Go f*** yourself” turned out not to have been blown to bits after all. They were captured by the Russians and are reportedly alive and well. This is great to hear but now I can’t help but wonder: Did they even tell the warship to commit self-love in the first place? Or was that part made up, too?

If you have never seen the brilliant film Wag the Dog, go do that right now before you do anything else. If you only have four minutes, watch this clip that shows how easily a narrative can be generated:

If you’re like me, YouTube made you watch a commercial about aiding Ukrainian youth before you could see the clip, and that’s exactly what I’m talking about. Big Global is pushing the pro-Ukrainian narrative so hard, the tingling of my spidey senses is becoming excruciating.

The examples of left-leaning organizations pushing you to get with the sentiment are everywhere: Joe Biden devoted the first quarter of his State of the Union address to the Ukrainian war; corporations are falling all over themselves to declare their support for ‘the Ukrainian people;” Apple, Nike, and others are pulling their business from Russia (even as they continue to work with China); charities and fund-raising merch are springing up all over the web; and Newsweek magazine even bizarrely offered a guide for signing up to go fight in Ukraine.

I know a stampede when I see one. We’re still in the death throes of the last one, COVID-19. Before that, it was Black Lives Matter. There was also the dreaded Jan. 6 “Insurrection” and Russian Collusion in there somewhere. The ruined lives, fraud, wealth transfers, and costly infrastructure from those pushes are still stacked up all around us, but Big Global has such an effective machine in operation at this point that they can keep hitting us with ginned-up crises before we have a chance to clean up the mess from the last ones.

I’ve been playing a mind game where I look at the measures being taken against the world’s new target (Russia), compare them to politicized techniques for power and money grabbing while injuring Big Global’s enemies from the last few Worst Things Ever!™, and imagine how these weapons will be used against wrong-thinking people in the future.

They plan to freeze and seize assets belonging to “Russian oligarchs” (aka wealthy, corrupt people associated with their political target); how easy would it be for them to target former President Trump and his associates, because of their faked associations with Russia? Canada (one of the Big Global allies) already did a test run on people who supported the Trucker protest. It was shockingly easy to do.

They plan to cut Russia off from global banking networks (even Switzerland, whose traditional neutrality led it to continue working with actual Nazis); “de-banking” is already being used in the United States to choke off conservative-leaning organizations, especially gun manufacturers and pro-2A activist groups.

Biden mentions global pacts with allies to “invest in” oil stabilization; what a great way for people who hate fossil fuels to choke off production and force us all to use less-efficient, more-expensive “green” energy.

You get the idea. We are being manipulated to cheer, donate, and help out (and suck it up when we’re devastated by higher fuel prices and ensuing inflation) while globalists take all sorts of novel, hostile actions.  Meanwhile, every single one of these weapons that Big Global is building to crush Putin can and will be used against other “enemies” in the future.

And as with every past panic, none of their thrilling new powers will ever go away once the “crisis” has passed. It’s a racket.