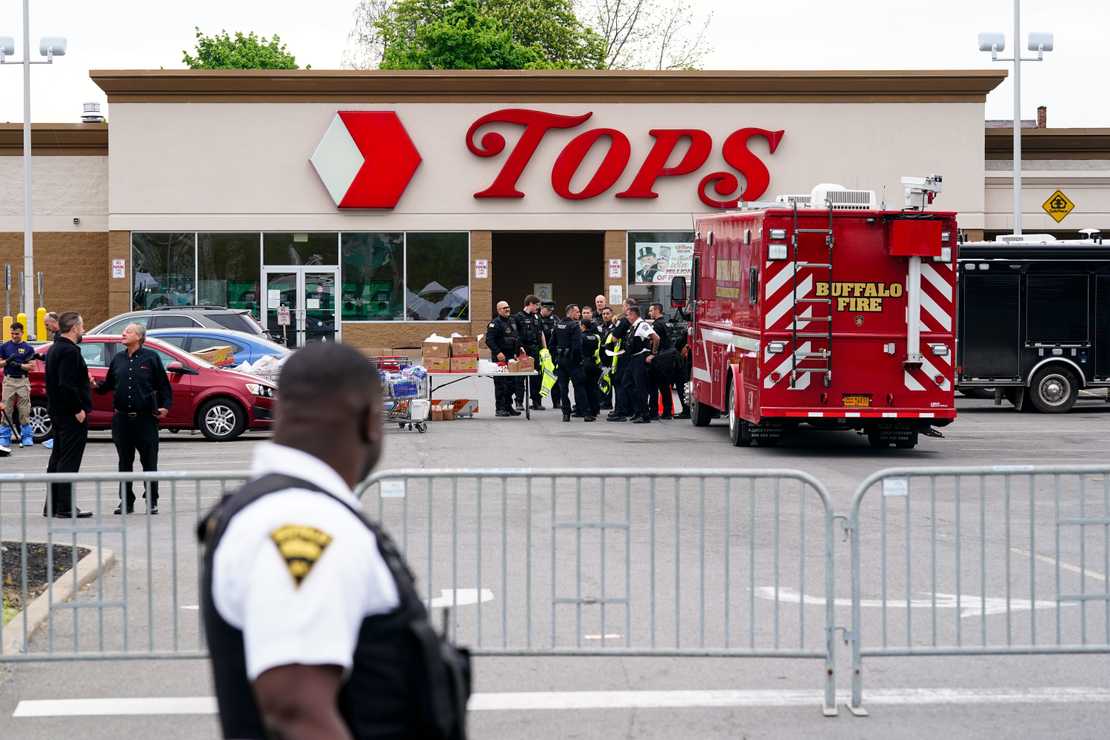 Like clockwork, the mainstream media sought to create the false narrative that Payton Gendron, the Buffalo shooter who killed ten people on Saturday, was a right-wing extremist inspired by conservative media—and Tucker Carlson specifically.

Rolling Stone took it further and dubbed the shooter “a mainstream Republican.”

“The right-wing extremists who control the modern GOP are all gripped by a racist delusion,” wrote the pop culture magazine’s Talia Lavin. “The shooter is just the latest to act on it.”

The Poynter Institute even ran a story asking in its headline, “What role did right-wing media play in the Buffalo shooting?”

The Los Angeles Times wrote that the shooter “emerged from a far-right ecosystem” and became radicalized when “he began spending time on websites like 4chan and other venues soaked in far-right extremism and violent white supremacy.” That’s not what the manifesto says at all.

As I explained on Sunday, the manifesto, which is widely accepted as being genuine, shows that the shooter hates Fox News, makes no mention of Tucker Carlson, cites “the internet” as what radicalized him, and more specifically credits Brenton Harrison Tarrant (the shooter who killed 51 people at two mosques in New Zealand back in 2019 and live-streamed it) as his inspiration.

The Buffalo shooter also says he is a former communist and claims he now falls in the “mild-moderate authoritarian left category.”

Though the document is arguably not political, he did write, “you can call me an ethno-nationalist eco-fascist national socialist if you want, I wouldn’t disagree with you.”

This might be the most crucial detail to inform us of the true roots of his radicalization. John R. Lott Jr. observed that, in the manifesto, the shooter “expresses concern that minority immigrants have too many children and will damage the environment,” and faults capitalists for destroying the environment.

Do these sound like traditionally conservative or Republican issues? As Lott noted, “We usually think of Democrats, not Republicans, as the environmentalists.”

But that’s not to say that Democrats radicalized the shooter either. Lott also noted that “The Buffalo murderer’s views are almost word-for-word similar to those of the shooters in 2019 at a New Zealand mosque and an El Paso Walmart.”

While the mainstream media tried to paint both the New Zealand mosque shooter [Tarrant] and the El Paso Walmart shooter [Patrick Crusius] as right-wing extremists, their manifestos proved that they most certainly were not.

Tarrant’s motives for his attack were to get more gun control in New Zealand and the United States, and he was a socialist and an environmentalist who hated capitalists and trade. He called himself an “eco-fascist by nature,” and declared that “the nation with the closest political and social values to my own is the People’s Republic of China.”

Crusius had a manifesto as well and proclaimed the same type of views as Tarrant.

“Our lifestyle is destroying the environment of our country. The decimation of the environment is creating a massive burden for future generations. Corporations are heading the destruction of our environment by shamelessly overharvesting resources. This has been a problem for decades,” Crusius wrote in his manifesto. “Urban sprawl creates inefficient cities which unnecessarily destroys millions of acres of land.”

“Corporations that also like immigration because more people means a bigger market for their products,” he added. “So the next logical step is to decrease the number of people in America using resources. If we can get rid of enough people, then our way of life can become more sustainable.”

Crazy environmentalist views motivated Payton Gendron, Brenton Harrison Tarrant, and Patrick Crusius. All three are mentally ill, but how do you think they felt compelled to take the actions they did? Which side resorts to climate alarmism, alleging that if we don’t do something soon, the world will end within a few years, and which media outlets push those theories?