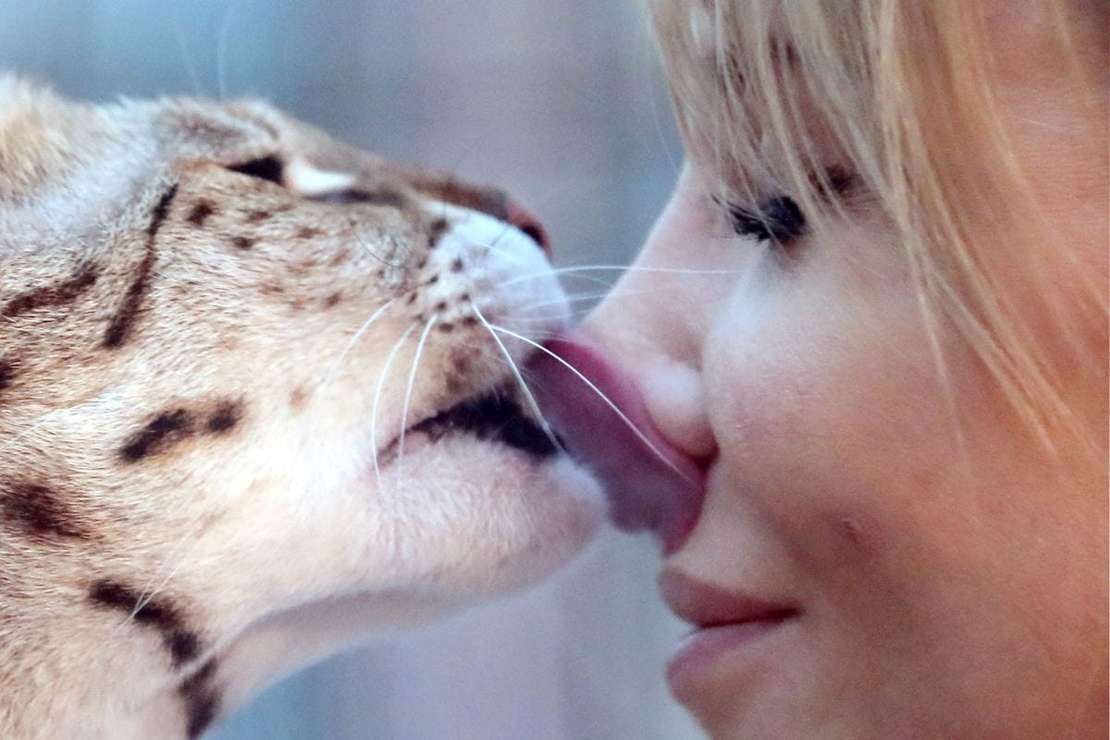 They wanted to show solidarity with Ukrainian cats who are cruelly suffering under the Russian assault. They could not “witness these atrocities and do nothing.”

Known as FIFe (for its French name, Fédération Internationale Féline), the Federation means business: “No cat belonging to exhibitors living in Russia may be entered at any FIFe show outside Russia, regardless of which organization these exhibitors hold their membership in,” the organization declared.

More than a million refugees from Ukraine have fled since the war started, according to the U.N. That’s a lot of cats and dogs on the move in the dead of winter.

The federation, which was established more than 70 years ago, also said it would not allow cats bred in Russia to be imported or registered in any of its pedigree books. Officials said they would be donating funds to assist cat breeders in Ukraine and thanked neighboring countries for their efforts to help Ukrainian refugees.

According to its website, the federation holds more than 700 shows globally each year, with more than 200,000 cats exhibited from Brazil to the United Kingdom.

Substack star Jim Treacher asked a pertinent question: are we taking this anti-Putin, anti-Russian hysteria a bit too far?

At the furious rate this anti-Russkie hysteria is sweeping the planet, I expect the streaming services to announce they’re digitally altering The Big Lebowski to remove all visual and verbal references to White Russians. Disney Plus had better get rid of those funny Russian gangsters on Hawkeye, or somebody might complain on Twitter. And now that Barry is finally coming back to HBO, is it really okay that NoHo Hank is Russian? Or is he Chechen? Whatever, cancel him immediately or else somebody might think you like Putin.

Don’t get me wrong, I hate Putin too. I hate him like cancer. I hated him when hating him wasn’t cool. I’m just not stupid enough to believe that punishing people for being born in Russia will do anything to stop any of this.

To prove Jim’s point, when the Czarist story about the last Romanov — Disney’s animated Anastasia — suddenly disappeared from the streaming service Disney Plus, it was assumed to be some kind of anti-Russian statement.

However, it looks like Disney’s decision to pull “Anastasia” from Disney+ was not a bold act of political defiance. The reality is likely a much less exciting example of a standard contract dispute. The film is still streaming on Disney+ in other countries, and is simply unavailable in America, making it more likely that it was pulled due to a dispute over the American streaming rights to the film. The blog whatsondisneyplus.com, who broke the story, wrote that “this removal from Disney+ has nothing to do with the current crisis involving Ukraine and Russia.” Disney’s acquisition of 20th Century Fox was an extremely complicated deal that involved many films and shows that were co-produced with other studios, so this likely will not be the last time a film is pulled from the service due to a preexisting contract.

It’s called “virtue-signaling” and no self-respecting multi-gazillion-dollar corporate behemoth should leave home without it. Disney may not have canceled Anastasia because of the Ukraine invasion, but other projects are not as safe.

That said, Disney did halt the release of its upcoming Pixar film “Turning Red” from Russia. “Given the unprovoked invasion of Ukraine and the tragic humanitarian crisis, we are pausing the release of theatrical films in Russia, including the upcoming ‘Turning Red’ from Pixar,” the company said in a statement released last week. “We will make future business decisions based on the evolving situation. In the meantime, given the scale of the emerging refugee crisis, we are working with our NGO partners to provide urgent aid and other humanitarian assistance to refugees.”

I guess it’s better than sending troops to fight in the war — as long as we can control the gag reflex.