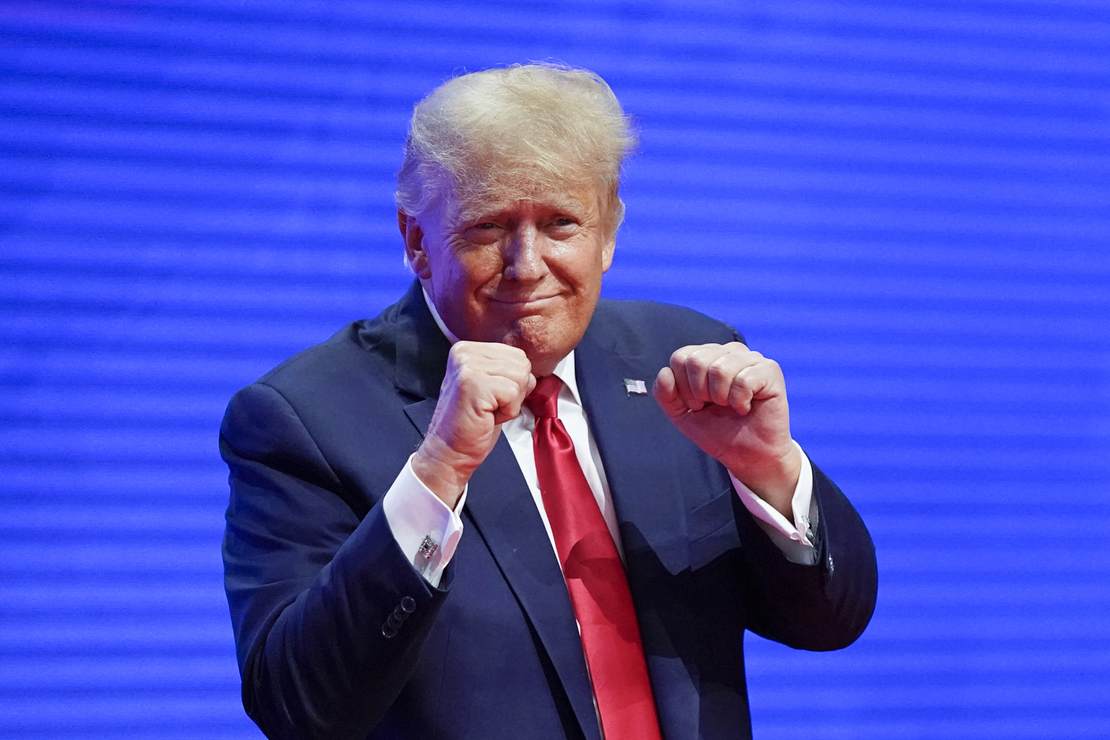 On Monday, Stuart Varney interviewed Donald Trump on Fox Business. During the interview, Trump made some interesting comments about the upcoming elections.

As usual, Trump pointed out how the 2020 election was “rigged” and how any discussion on it is censored. “Well, they don’t like the truth,” he said.

“So look at all the hundreds of thousands of votes. They don’t like it and they ban it and of course, Fox is afraid to put it on.”

Varney, however, argued that Trump’s fixation on 2020 won’t help the GOP going forward. “If we go into 2022, the elections, and 2024, you’re still looking back to the election of 2020 saying that you really won, I don’t know if that’s very good for you or the Republican Party,” Varney said.

“No,” Trump clarified. “I think for us to win the election we have to know how they cheated, because otherwise they will cheat again.”

Also for Our VIPs: Is This How Democrats Will Steal the Midterm Elections?

“Nobody talks more about the future than I do,” Trump added. “But you have to learn from history also, and you can’t let it happen again.”

But does Trump believe this? He hasn’t shown that he’s willing to look forward just yet. He still blames Mike Pence for the 2020 election being certified, even though there was nothing the Vice President could have done about it. Trump’s rhetoric on the election indicates that he still takes the issue personally rather than as a warning to all Republicans that they have to learn from the problems that plagued the 2020 election and fix them to ensure the integrity of future elections.

This doesn’t mean we shouldn’t be concerned about the widespread election irregularities and fraud that occurred in 2020. Of course not; it’s still just as important today as it was a year ago. But we can’t change the results of that election. Instead of complaining about it being rigged, Trump needs to talk about restoring Americans’ faith in our elections, which is genuinely shattered. Trust in the outcome seems to be directly linked to whose candidate won.

Let’s not forget that Democrats haven’t accepted the results of a presidential election that they lost since 1988. They challenged the results of the presidential elections of 2000, 2004, and 2016, and they’ll undoubtedly challenge the results of the next election they lose. Heck, Joe Biden has already suggested that the upcoming midterm elections won’t be legitimate if Republicans win. Why Trump never points that out is beyond my comprehension. Americans on both sides of the aisle need to be confident in the legitimacy of the results regardless of the outcome. Many on the left still think that 2016 was stolen by Russia, for crying out loud.

Trump is correct: we do need to understand what went wrong in 2020 and make sure we’re doing everything possible to prevent shenanigans from happening again, but he often proves himself not to be the best messenger because he cannot discuss elections without making it sound personal. He needs to say that he’s over 2020 and that his goal moving forward is for all Americans, regardless of party, to be confident in the results of our elections.

You can watch the entire interview below: