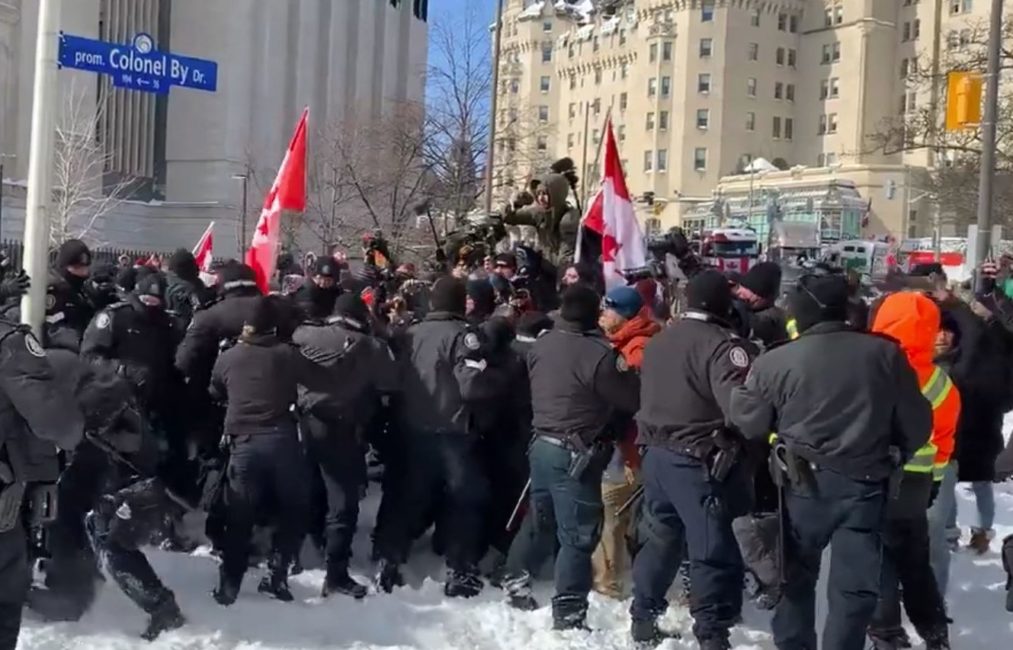 In a chilling move from the Ottawa police in Canada, they have announced that the children of protesters from the peaceful Freedom Convoy will be “brought to a place of safety.”

This move from Ottawa police comes amidst videos circulating on social media of law enforcement moving into the streets and arresting the peaceful protesters who are pushing back against the tyranny of medical fascism in the form of vaccine mandates and Covid-related restrictions.

Further, the Ottawa Police Department’s statement on removing children from the care of parents who are protesting in Ottawa comes just a week after they announced they were mulling over the possibility of bringing in a child protective service agency to take children from truckers. Parents comprise roughly 25 percent of the protest group, according to The Western Journal.

Also according to The Western Journal report, Steven Bell, the deputy police chief of Ottawa, stated last week that their tepid reasoning for removing children from their parents’ peaceful protest in the streets was due to various factors including the risk of “carbon monoxide and fumes,” “noise levels,” and access to “sanitation.”

Despite the threadbare reasoning given by officials who appear in favor of forcibly removing children from their guardians, RSBN previously reported that the Freedom Convoy protests in Ottawa have remained extremely peaceful and the protesters have maintained a positive and respectful rapport with police for the last few weeks.

However, last week Canadian Prime Minister Justin Trudeau invoked martial law-like powers through the never-before-used Emergencies Act,which has paved the way for the aggressive removal of Canadians who are exercising their right to protest government policies. Unfortunately, as the police begin arresting peaceful protests who are resisting government tyranny, it appears that the situation in Canada will get worse before it gets better.