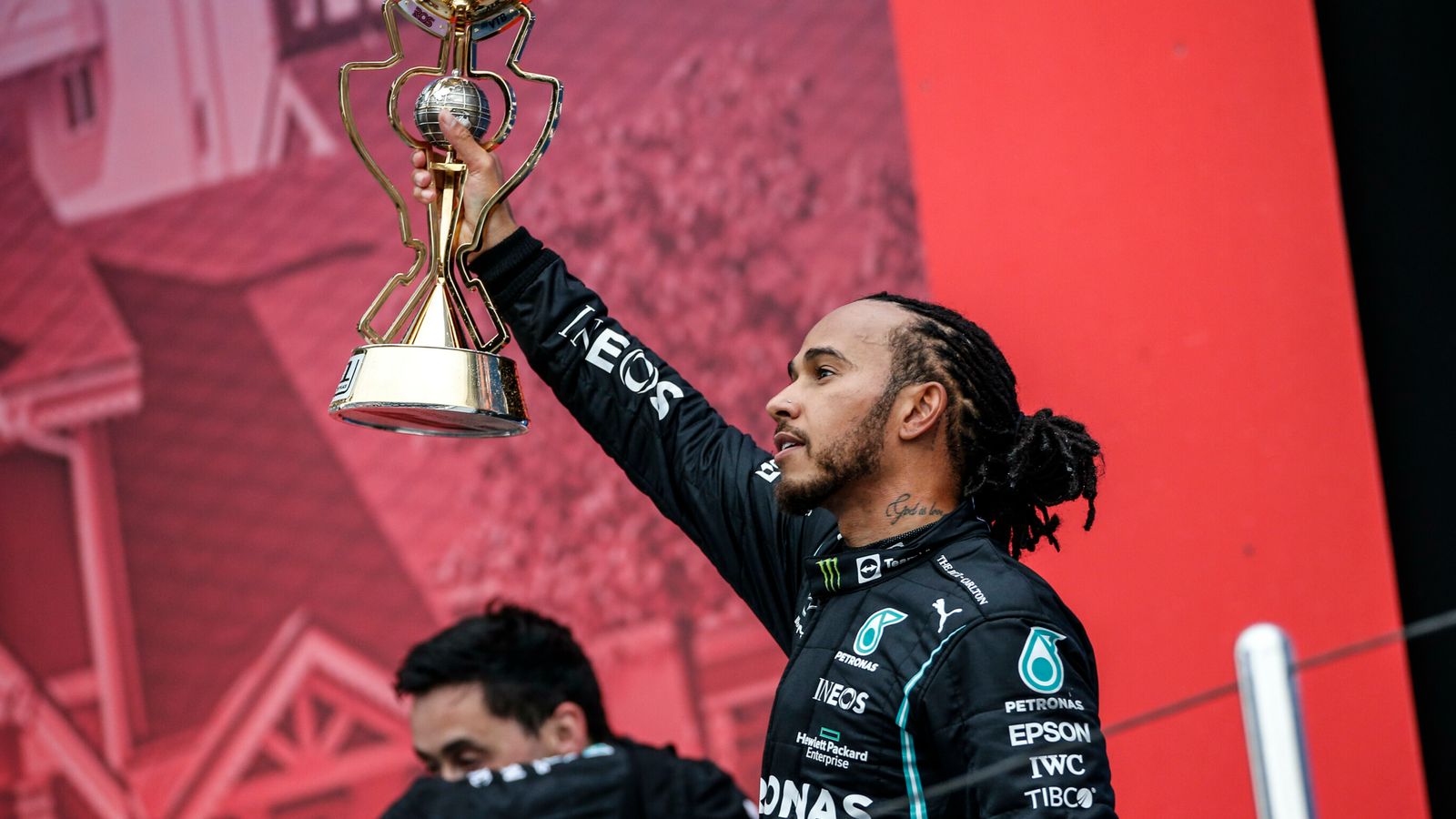 Lewis Hamilton has spoken of the “magical moment” of winning his 100th Formula One race at Sunday’s Russian Grand Prix.

Hamilton, 36, used his driving and overtaking skills, and his strategic thinking in the rain, to fight back from seventh place on the first lap to a landmark victory.

He is the first driver to reach 100 victories.

It was his fifth win of the season and his first since the British Grand Prix in July.

“It’s taken a long time to get to 100 and at times, I wasn’t sure it would come,” the British driver said.

“It is a magical moment. I could only have dreamed of still being here, to have this opportunity to win these races, and to drive with such phenomenal talents this late on in my career.”

“I am so proud of everything we have done with Mercedes, on and off the track, and this is a special moment for everyone that has been part of it.

“My dad called me last night and he has always been that one to reassure me and to continue to support me. I feel incredibly grateful for the amazing support that I have had.”

The victory takes Hamilton two points clear of Max Verstappen in the title race with seven rounds to go.

It also denied Lando Norris of his first victory following a thrilling finale.

Norris, 21, appeared on course to keep Hamilton at bay, and become the youngest British Formula One winner.