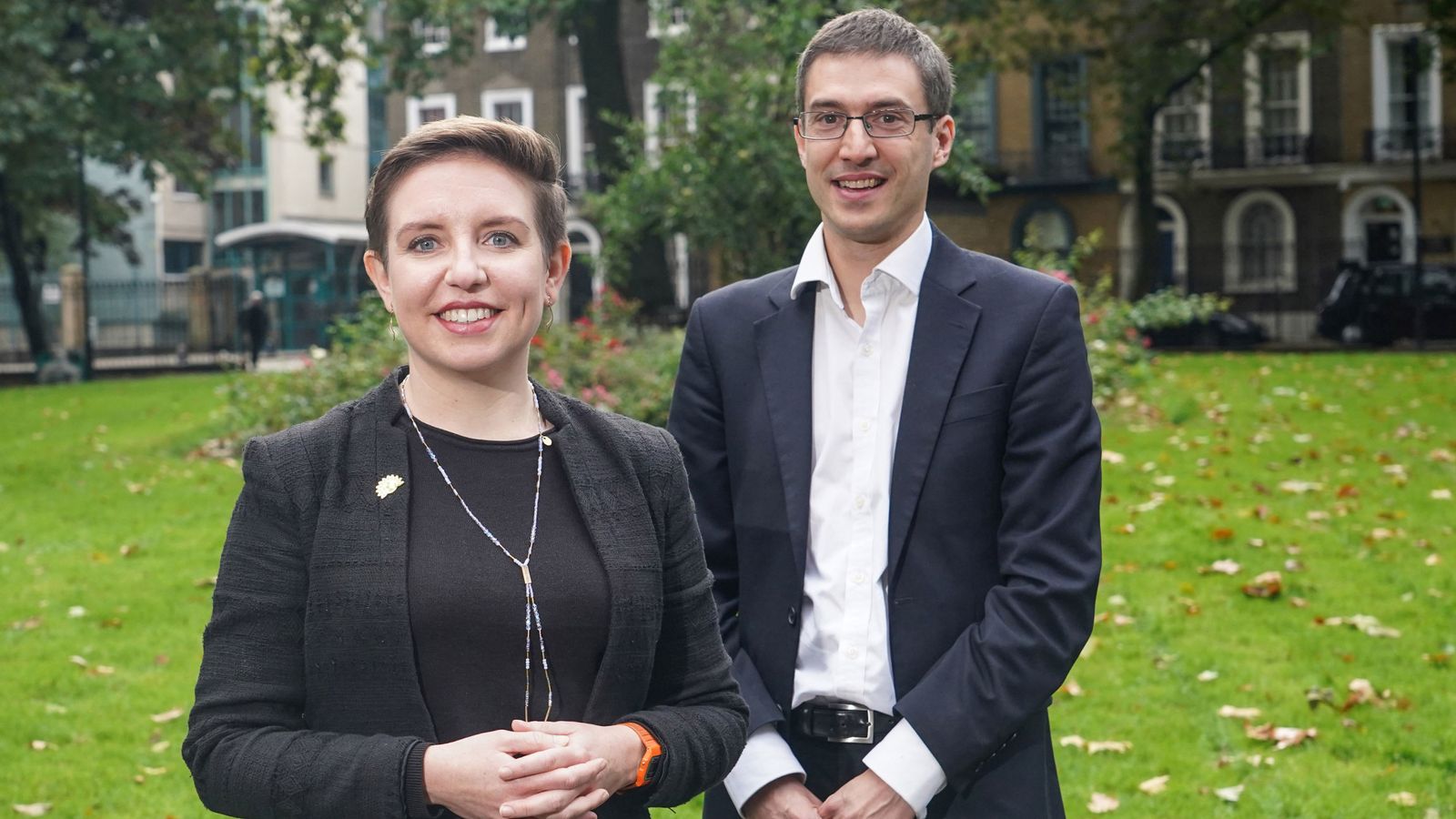 The Green Party has elected its former deputy leader and a Bristol city councillor as its new co-leaders.

Carla Denyer, a local councillor in Bristol and a parliamentary candidate, and former deputy leader Adrian Ramsay received 44% of the first preference votes and 62% of the second round vote.

They beat Amelia Womack and Tamsin Omond who came second with 30% of first preference votes.

Ms Denyer said: “We are at a crucial moment in history and it is clear that the other major political parties have failed to bring about the change that is necessary.

“More than ever before, it is vital that Green policies are adopted for the benefit of our climate and our communities.

“We are thrilled to have been elected as Green Party leaders, but this is now where the hard work begins, to elect more MPs and more councillors across the country.

“It is only by doing this that we can make the difference we all so desperately want to see.”

He was also on former leader Caroline Lucas’ successful 2010 campaign team for Brighton Pavilion. She is currently the only Green MP in the House of Commons.

Subscribe to the All Out Politics podcast on Apple Podcasts, Google Podcasts, Spotify, Spreaker

Mr Ramsay said the current fuel and energy crises show “more than ever, we need strong Green voices to make the compelling case for a Green transition, a just transition”.

This latest contest was triggered after incumbent co-leaders Jonathan Barley and Sian Berry announced earlier this year they were standing down.

Ms Berry said she would not run again due to her party’s “inconsistency” in promising to fight for transgender rights and the message sent out by the Green front bench.