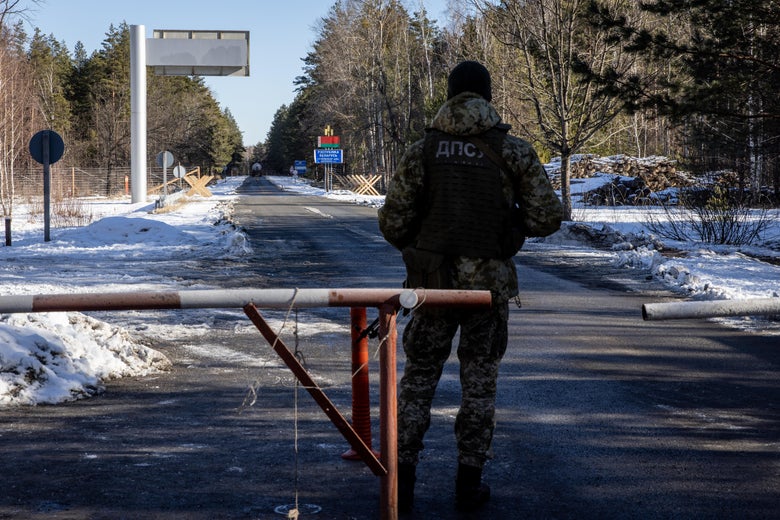 Russia could invade Ukraine soon and may create a pretext to launch the attack, U.S. officials said on Sunday. As Washington warned that Russia had positioned more troops along the border, Ukraine’s president is also urging calm saying he has yet to see convincing evidence that an attack is imminent. “We cannot perfectly predict the day, but we have now been saying for some time that we are in the window, and an invasion could begin, a major military action could begin by Russia in Ukraine any day now—that includes this coming week, before the end of the Olympics,” National Security Adviser Jake Sullivan said on CNN. Moscow has repeatedly denied any plans for an invasion.

Speaking on CBS, Sullivan said that the “acceleration in the build-up of Russian forces” along the Ukraine border shows why the invasion could happen “essentially at any time.” There are unconfirmed reports that U.S. intelligence indicated Russia plans to invade Wednesday but Sullivan said Washington “cannot predict the precise day or time” of an invasion. “The way they have built up their forces, the way they have maneuvered things in place, makes it a distinct possibility there will be major military action very soon,” he added. Any attack is likely to begin with “a significant barrage of missiles and bomb attacks,” which would be “followed by an onslaught of a ground force moving across the Ukrainian frontier,” Sullivan said.

The United States updated its estimate of how many Russian forces are now near the Ukraine border to more than 130,000, an increase from the 100,000 Washington had been talking about over the last few weeks. Sullivan said it was important for the United States to continue sharing intelligence it received regarding Moscow’s actions in an effort to prevent a “false flag” operation that could be used as a pretext for an invasion. “We’re not going to give Russia the opportunity to conduct a surprise here, to spring something on Ukraine or the world,” Sullivan said.

President Joe Biden spoke to President Volodymyr Zelensky of Ukraine on Sunday and vowed that the United States and its allies would respond swiftly to any attack. Zelensky has been trying to tamp down the increasingly dire warnings from Washington even as some airlines suspended flights in Ukrainian airspace amid concerns over safety. “We understand all the risks, we understand that there are risks,” Zelensky said. “If you, or anyone else, has additional information regarding a 100% Russian invasion starting on the 16th, please forward that information to us.”