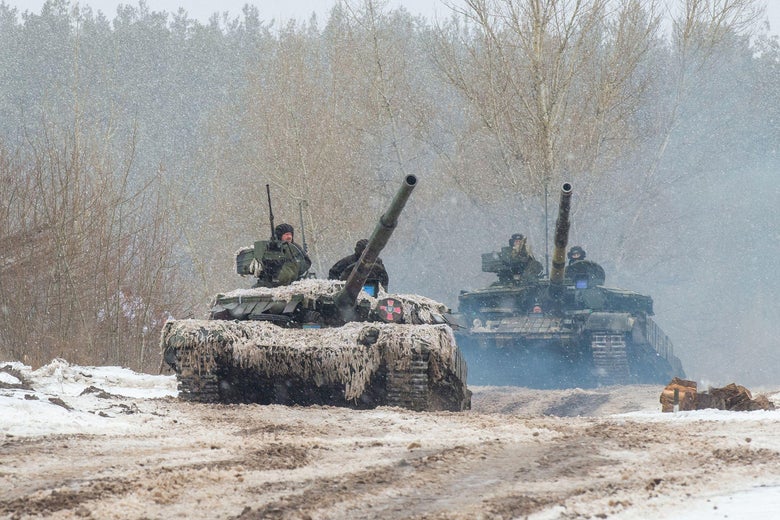 The United States ordered all but a core team of American diplomats and Ukrainian staff members to evacuate the embassy in Kyiv amid warnings that Russia could launch a military assault at any moment. The vast majority of embassy personnel will be sent out of the country or relocated to the western end of Ukraine, near the Polish border. All consular services at the embassy will be suspended as of Sunday, another push to get all Americans out of Ukraine as soon as possible. Several other countries—including the Netherlands, Germany, Australia, New Zealand, Latvia, Britain, and Japan—have called on their citizens to leave Ukraine.

President Joe Biden and Russia’s Vladimir Putin are planning to speak on Saturday as the warnings of a possible invasion become more urgent. Putin had reportedly requested the call take place Monday but Biden pushed for it to take place earlier amid intelligence assessments that say an attack on Ukraine could come earlier than expected. Intelligence analysts had broadly believed an invasion would only happen after the end of the Winter Olympics to avoid antagonizing China. But now that calculus has changed and officials believe it could happen earlier amid intelligence that suggests Moscow is seeing Wednesday as a possible day to attack.

Russia continues to deny any plans for an invasion. Russian Foreign Minister Sergey Lavrov told Secretary of State Antony Blinken on Saturday that “the propaganda campaign launched by the United States and its allies about ‘Russian aggression’ against Ukraine pursues provocative goals.” Moscow has repeatedly said that it is gathering troops along the Ukrainian border as a way to protect itself against aggression by NATO allies. Even as it denied the reports of an invasion though, Russia confirmed it was also evacuating some of its own diplomatic staff out of Ukraine, citing “possible provocations by the Kyiv regime and third countries.”