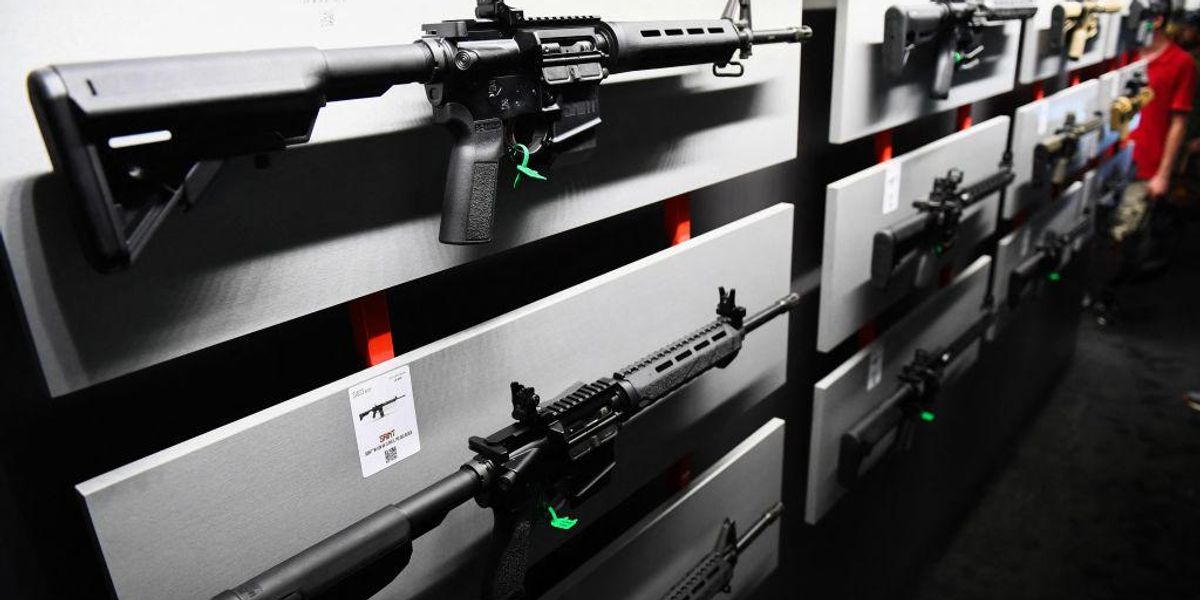 AR-15 guns have been placed on site at Madison County, North Carolina, schools as a security precaution.

“We were able to put an AR-15 rifle and safe in all of our schools in the county,” Sheriff Buddy Harwood said, according to the Asheville Citizen Times. “We’ve also got breaching tools to go into those safes. We’ve got extra magazines with ammo in those safes.”

“The reason we put the breaching tools in the safes is that in the event we have someone barricaded in a door, we won’t have to wait on the fire department to get there,” Harwood said. “We’ll have those tools to be able to breach that door if needed. I do not want to have to run back out to the car to grab an AR, because that’s time lost. Hopefully we’ll never need it, but I want my guys to be as prepared as prepared can be.”

Mass shootings are an ongoing problem in the U.S., including at schools — a shooting earlier this year at a school in Uvalde, Texas, left 19 children and two teachers dead.

“I hate that we’ve come to a place in our nation where I’ve got to put a safe in our schools, and lock that safe up for my deputies to be able to acquire an AR-15. But, we can shut it off and say it won’t happen in Madison County, but we never know. I want the parents of Madison County to know we’re going to take every measure necessary to ensure our kids are safe in this school system. If my parents, as a whole, want me to stand at that door with that AR strapped around that officer’s neck, then I’m going to do whatever my parents want as a whole to keep our kids safe,” Harwood said.