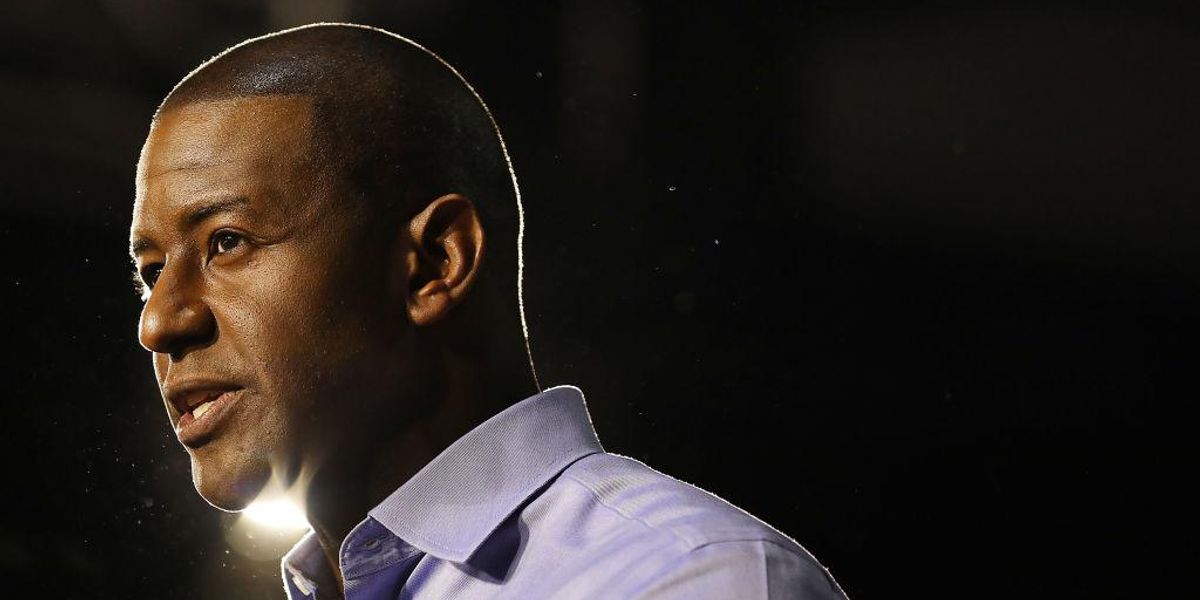 Andrew Gillum, the Democratic candidate who lost Florida’s 2018 gubernatorial contest to Republican Ron DeSantis, has been indicted and has pleaded not guilty.

“The Indictment alleges that between 2016 and 2019, defendants Gillum and [Sharon Janet] Lettman-Hicks conspired to commit wire fraud, by unlawfully soliciting and obtaining funds from various entities and individuals through false and fraudulent promises and representations that the funds would be used for a legitimate purpose,” according to a press release.

“The Indictment further alleges the defendants used third parties to divert a portion of those funds to a company owned by Lettman-Hicks, who then fraudulently provided the funds, disguised as payroll payments, to Gillum for his personal use. Both defendants are charged with 19 counts of wire fraud. Gillum is also charged with making false statements to agents of the Federal Bureau of Investigation,” the release continues.

Gillum and Lettman-Hicks each pleaded not guilty, according to reports.

“Every campaign I’ve run has been done with integrity. Make no mistake that this case is not legal, it is political. Throughout my career I have always stood up for the people of Florida and have spoken truth to power. There’s been a target on my back ever since I was the mayor of Tallahassee. They found nothing then, and I have full confidence that my legal team will prove my innocence now,” Gillum said in a statement.

\u201cAndrew Gillum, the once-rising Florida Democratic star who narrowly lost his 2018 gubernatorial race against Ron DeSantis, has told associates that he expects to be indicted in federal court as early as today for alleged fraud tied to his campaign, NBC News has learned.\n\nStory tk\u201d

DeSantis, who narrowly defeated Gillum in 2018, is currently seeking re-election this year during the Sunshine State’s gubernatorial contest — the governor, who has become immensely popular on the political right, is widely viewed as a figure who could potentially be a future GOP presidential contender.

According to the New Yorker, former President Donald Trump has said that he is “very close to making a decision” regarding whether to mount another presidential bid. “I don’t know if Ron is running, and I don’t ask him,” Trump said about DeSantis. “It’s his prerogative. I think I would win.”