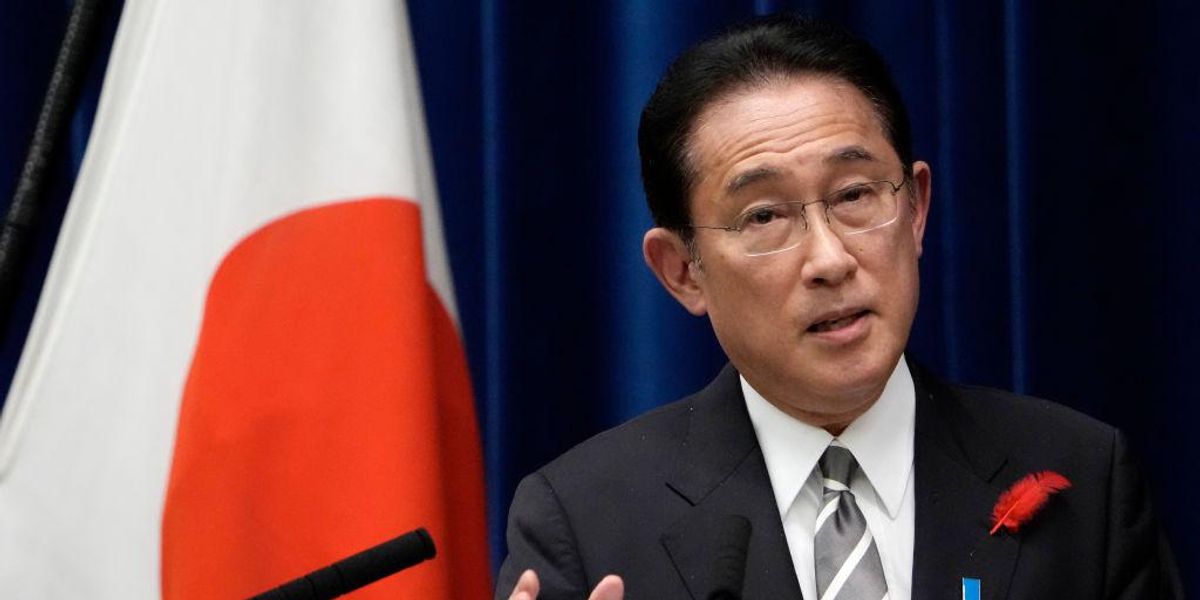 Fumio Kishida, the Prime Minister of Japan, is considering attending a summit of leaders from the North Atlantic Treaty Organization (NATO) to discuss the potential of Japanese collaboration with Western leaders over Russian President Vladimir Putin’s ongoing invasion of Ukraine.

The Strait Times, a daily English language newspaper published in Singapore, reported that Kishida’s move marks an “unusually aggressive stance for a Japanese leader.” The Times also noted that Kishida has repeatedly condemned the Russian military and the country’s leadership over perpetrating what he has described as a “war crime” against Ukraine.

The leadership of Japan has a long-standing practice of carefully maintaining their country’s relationship with Russia as the two countries have a long history of territorial disputes.

A spokesperson for the Japanese government said that officials will be unable to offer comment on the Kishida’s discussions with NATO allies. Kishida’s attendance of the upcoming NATO summit was first reported by Japanese media outlets this past Saturday.

The NATO summit will take place on June 29 and 30 in the Spanish capital city of Madrid. The meeting is expected to overlap with the Kishida and other Japanese politicians campaign efforts as the meeting will overlap with the upcoming Japanese election cycle.

Kishida is expected to make a final decision as to whether or not he will attend the summit in the coming days as he must take into account the rapidly approaching elections.

NATO leaders have invited officials from Japan, Australia, New Zealand, and South Korea to attend the summit as its partners in the Asia-Pacific region.

Should Kishida attend the summit, it is expected that his presence will be welcomed and send a strong message of international solidarity during a period of heightened geopolitical tension.

The potential of an increasing Japanese presence among NATO allies could also be a result of China’s potential invasion of Taiwan.

According to leaked audio from a top-secret meeting of Chinese officials, China may soon launch an extremely aggressive invasion of its island neighbor.

Voices on the leaked audio recording discuss the need to secure strategic entry points to crucial economic hubs in mainland China and how many pieces of military equipment and personnel will be required to pull off the invasion.

This past May, it was reported that China’s economic regulators held emergency meetings in April to discuss how to insulate the Chinese economy from Western sanctions should the West use economic isolation to discourage and punish China in the wake of a Taiwanese invasion.