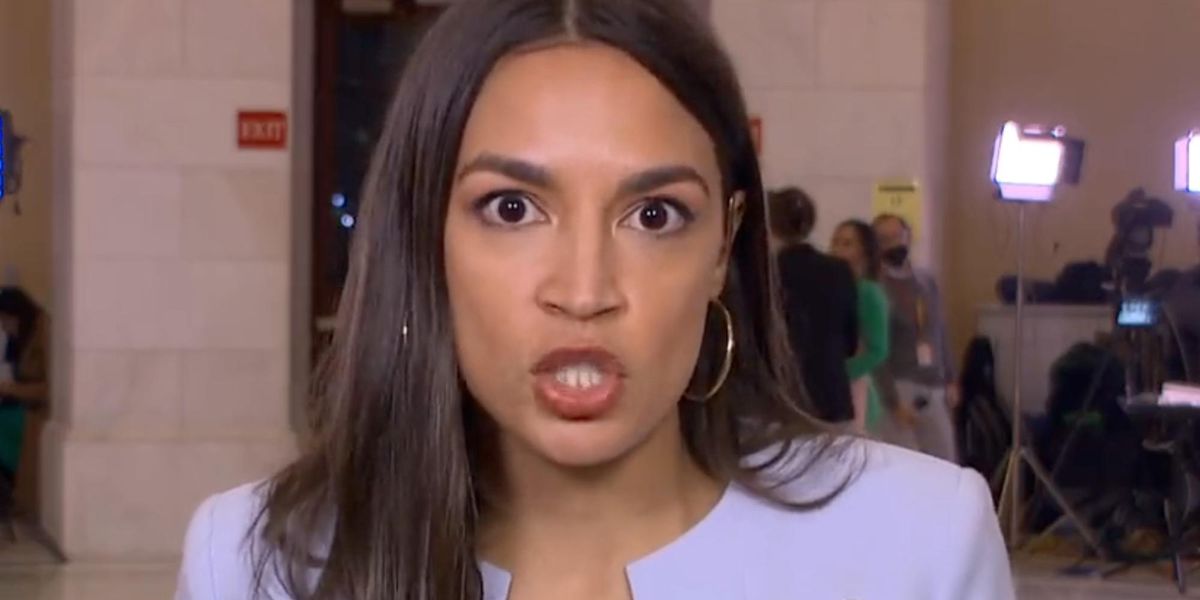 Rep. Alexandria Ocasio-Cortez (D-N.Y.) said that Democrats should use the overwhelming support for refugees from the Ukrainian war to help get a pathway to citizenship for all refugees.

She made the comments to Rachel Maddow on MSNBC Tuesday after the State of the Union address by President Joe Biden.

While Maddow asked Ocasio-Cortez how to use sympathy for the refugees from the invasion of Ukraine to avoid demonization of illegal immigrants at home, the congresswoman bent the conversation towards amnesty.

“I think that the way that we are looking at immediate granting of TPS to Ukrainian refugees, which is what we need to be doing, as well as many others, is something that we really need to keep in mind. Because I do believe that, for example, the thousands of people who try to seek legal refuge on our southern border, how Haitian refugees have been treated by the United States, not just in past administrations, but frankly this one, is not right,” she said.

“And we really need to make sure that when we talk about accepting refugees, that we are meaning it for everybody, no matter where you come from. But I do believe that this also presents a profound opportunity because of the amount of extraordinary support for Ukraine and Ukrainian refugees,” Ocasio-Cortez continued.

“If we grant TPS to Ukrainian refugees, this is also an opportunity to finally create a path to citizenship for TPS recipients,” she concluded. “So I think that while there is a risk, there’s also a profound opportunity for us to make the crooked path straight on this issue.”

Ocasio-Cortez retweeted a video of her immigration comments by someone who tied the proposal to abolishing ICE, and fighting racism and white supremacy.

It is estimated that about one million refugees have already fled from Ukraine as the Russian military attacks civilian centers, and more are expected as the war drags on.

Here’s the video of the comments from Ocasio-Cortez:

“How the world treats Ukraine, and Ukrainian refugees, should be how we are treating all refugees in the United States,” Rep. Ocasio-Cortez says.pic.twitter.com/bxzbRIYDju