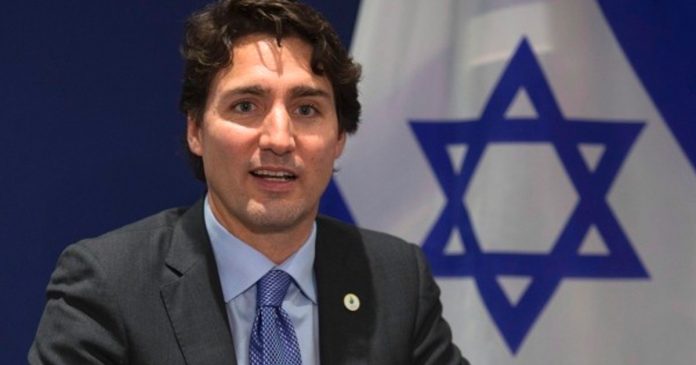 A group of 23 prominent Israeli doctors and scientists has written a letter chastising Prime Minister Justin Trudeau for equating demonstrators participating in the Freedom Convoy to Nazis.

“The important fight against antisemitism should not be weaponized and directed at a legitimate civil protest which aims at restoring fundamental freedoms, to what used to be, not long ago, one of the freest countries in the world,” said the group in a letter on Friday.

The group said that in recent weeks, they have been following news about the Freedom Convoy. They tell Trudeau that rather than pursue constructive dialogue, he has engaged in “a smear-by-association campaign, portraying the protestors as ‘Nazi sympathizers,’ ‘racist’ and ‘anti-Semitic’.”

The group’s letter added that many of the signatories are second or third-generation Holocaust survivors and that they are “deeply concerned by (Trudeau’s) attempt to stigmatize the Freedom Convoy 2022 protestors as Nazi ideology supporters.”

On Wednesday during Question Period in the House of Commons, Trudeau had answered a question by Conservative MP Melissa Lantsman by accusing her party of standing “with people who wave swastikas.”

Lantsman is Jewish and a descendant of Holocaust survivors.

“Conservative Party members can stand with people who wave swastikas,” said Trudeau. “We will choose to stand with Canadians.”

He did not apologize to Lantsman, even when pressed by her and other Conservatives.

A notice distributed to demonstrators prior to the operation warned them to “leave the area now.”

“Anyone blocking streets, or assisting others in the blocking (of) streets, are committing a criminal offence and you may be arrested,” read the police notice. “You must immediately cease further unlawful activity or you will face charges.”

Meanwhile, debate had resumed in the House of Commons over Trudeau’s implementation of the Emergencies Act, with a vote expected on the measure on Monday.

True North is on the ground covering this developing story.