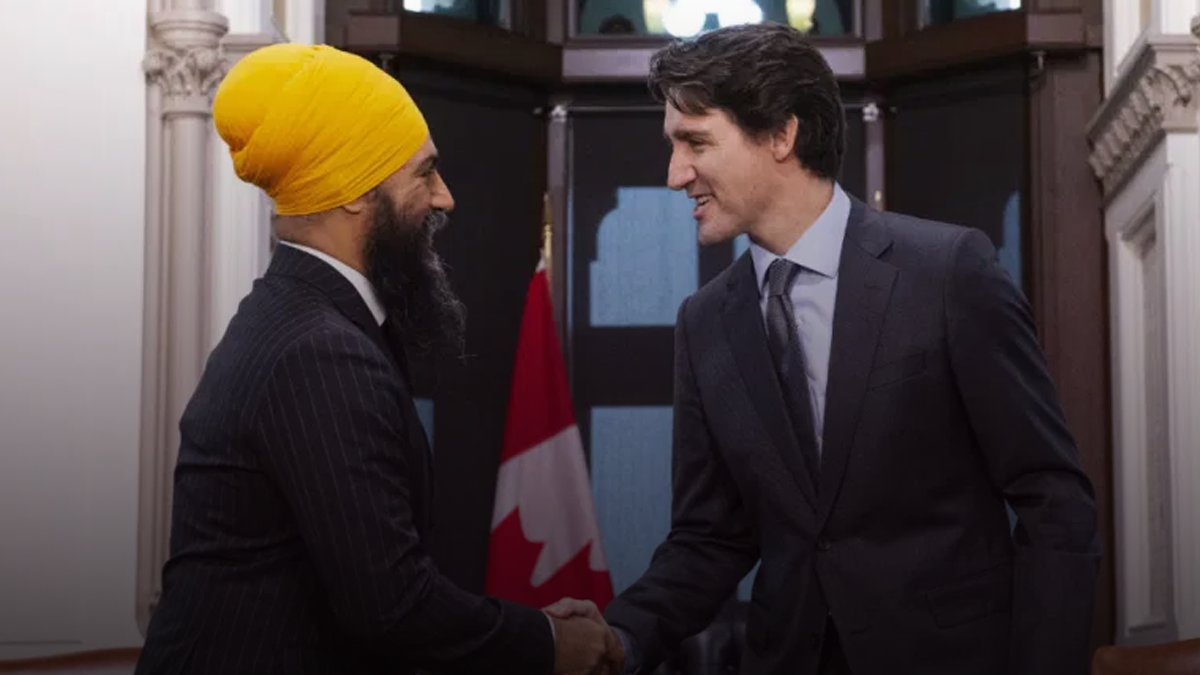 Justin Trudeau and Jagmeet Singh have reached a tentative agreement that would see the NDP support the Liberal government until 2025 in exchange for addressing their key priorities, according to CBC News.

Anonymous sources confirmed to the state broadcaster that the deal – called a “confidence and supply agreement” – needs support from NDP MPs who met on Monday night.

Sources also confirmed that the Liberal cabinet and caucus met late on Monday, though Liberal MPs were not told the reason for the last-minute caucus meeting.

The agreement would reportedly see the NDP support the Liberals during confidence votes that would otherwise trigger a federal election. In return, the Liberals have agreed to support national pharmacare and dental care programs long championed by the NDP.

The deal does not establish a coalition government between the two parties. A coalition differs from a “confidence and supply agreement” by establishing a two-party cabinet that sees both govern in tandem.

Formal discussions between the Liberals and NDP reportedly began soon after the 2021 election, which saw Trudeau returned to power with his second minority government.

In February, support from Singh and the NDP gave Trudeau the necessary votes to endorse his implementation of the Emergencies Act to crush the Freedom Convoy protests in Ottawa. The Conservatives and Bloc Quebecois opposed the measure.

If the vote had failed, the emergency declaration would have been revoked. As a confidence vote, it likely would have triggered a federal election.

“Trudeau is truly polarizing politics, which is what he likes,” she said.

Bergen added that with rising inflation and national unity at stake, Trudeau knows he is losing the confidence of Canadians.

She said that if a Liberal-NDP coalition forms, “Canada is in for a very rough ride.”