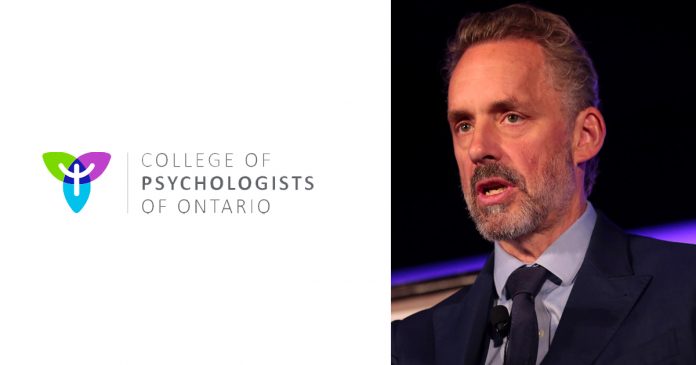 Prominent Canadian psychologist and author Dr. Jordan B. Peterson has announced that the College of Psychologists of Ontario (CPO) is investigating him after he told someone who was concerned about overpopulation that he was “free to leave at any point.”

The offending tweet, said Peterson, was directed at McGill University medicine professor Roger Palfree, though Peterson said it was not Palfree who complained to the CPO.

“Based on the record of human behaviour, we are already overpopulating this small world,” Palfree tweeted on Jan. 2. “Any arguments I have heard for supporting such a large human population completely overlook the loss of species and ecosystems resulting from our self-absorbed attention.”

“You’re free to leave at any point,” Peterson replied.

The investigation by CPO will conclude in six months, said Peterson, though he added, “I refuse to defend myself against such things anymore. It takes days of work to mount such a defence.”

CPO serves as the governing body for psychologists and psychological associates in Ontario. Peterson said that many professions have a governing body and that those bodies become weaponized.

He added that the investigation process itself serves as the punishment and that people who submit complaints “know this full well.”

Peterson said that he would not be participating in CPO’s investigation, and he encouraged the governing body to take his licence if they wanted.

“I’ve helped perhaps millions of people with my lectures and books,” he said. “But any one person anywhere can complain to the college about anything I’ve done and threaten my licensure, smear my reputation and tie me up in red tape.”

Peterson has had prior dealings with the CPO, including an allegation of professional misconduct in 2018.

The CPO could not be reached for comment in time for publication.