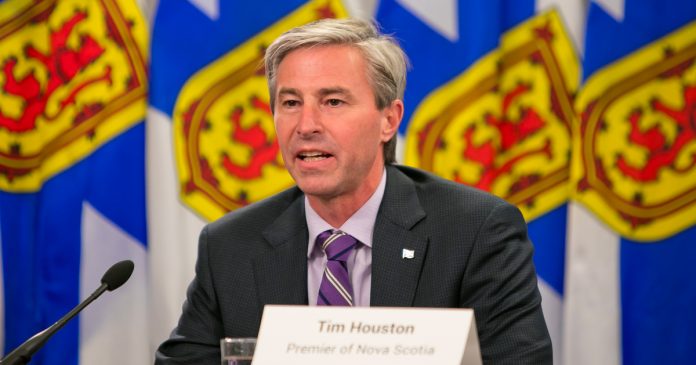 The Public Service Commission of Nova Scotia (PSCNS) has confirmed that it rejected all 56 requests it received for religious exemptions from COVID-19 vaccines, Rebel News reported on Wednesday.

The report comes from a freedom of information (FOI) request made in response to Nova Scotia premier Tim Houston mandating that all public sector employees in the province be vaccinated by Nov. 30 or be put on unpaid leave.

There were 56 religious exemptions requests and zero approvals as of Dec. 13, according to the FOI.

“In establishing and implementing a review process, the employer sought appropriate legal assistance to ensure an understanding of the obligations pursuant to human rights law, incorporating the concepts of religion/creed as established in statute and case law,” said the PSCNS.

The government’s response to the FOI said that exemption requests were reviewed by senior staff with the appropriate knowledge and experience within the PSCNS and Department of Justice.

More than 1,000 public sector employees in Nova Scotia were reportedly put on unpaid leave when the mandatory vaccine policy came into effect.

Among provincial ministries, Nova Scotia Health had the most employees placed on unpaid leave, with 323 people affected. This was followed by long-term care (179), education (174) and home care (96).

After the province announced last week that it would be lifting all COVID restrictions by March 21, however, Nova Scotia says it is now looking at ways to bring back public sector employees who were put in unpaid clearances for refusing to be vaccinated.

Houston confirmed following a cabinet meeting last week that talks are ongoing about bringing these employees back.

However, he cautioned that it might not happen for all employees, because vaccines might be necessary on the front lines of hospitals and long-term care homes.

Ontario announced Thursday that Ontario workers would no longer have to be vaccinated as of April 4.